A former Alberta MLA has been removed from the board of the Banff Centre for Arts and Creativity by the provincial government.

Donna Kennedy-Glans was appointed by the United Conservative Party government in 2019, and last year was named vice-chair and chair of the governance and nominating committee. The Minister of Advanced Education rescinded her appointment last week at the request of Banff Centre’s leadership.

The Banff Centre is an internationally renowned arts incubator that also runs management training and Indigenous programs and hosts conferences. Founded in 1933 by the University of Alberta, it was designated a non-degree-granting educational institution in 1978 by the government of Alberta, its primary public-sector funder. The hospitality business helps fund the centre’s activities.

Ms. Kennedy-Glans, a lawyer and former Progressive Conservative MLA and associate minister who became an Independent, was officially asked to resign on Aug. 5 in an e-mail from board chair Adam Waterous. He cited a failure to adhere to the Banff Centre’s code of ethics and inappropriate conduct in Ms. Kennedy-Glans’s interactions with Banff Centre’s senior management. The e-mail did not give further details.

Ms. Kennedy-Glans declined, telling Mr. Waterous in a reply e-mail that she was “gobsmacked” by the “audacity” of the request. She also said there were internal issues the board needed to pay attention to, including problems with Banff Centre’s workplace culture.

She said the next e-mail she received, on Aug. 10, was from Demetrios Nicolaides, the advanced education minister, notifying her that her appointment had been rescinded. The Alberta government appointed Mike Mendelman, chief executive officer of Banff Hospitality Collective, which represents restaurants in the area, to replace her.

The seed for Ms. Kennedy-Glans’s removal goes back to a CBC Radio interview in May, in which she commented on the way Premier Jason Kenney had handled discord within the UCP caucus, in particular the expulsion of two MLAs.

(Ms. Kennedy-Glans ran for the leadership of Alberta’s Progressive Conservative Party before withdrawing her application prior to the creation of the UCP; Mr. Kenney was chosen leader.)

The day the interview aired, Ms. Kennedy-Glans said, Mr. Waterous telephoned her and told her she had violated Banff Centre’s code of ethics. That weekend, the executive committee met without her, according to Ms. Kennedy-Glans, and Mr. Waterous asked her to step down, and said if she did not want to do that, she could defend herself to the executive committee over Zoom, which she did. She did not resign.

She was asked again in the August e-mail.

She points out that her on-air comments had nothing to do with the Banff Centre, the arts or post-secondary education.

“If you’re going to ban freedom of speech so that anybody who ever sits on a board can never speak about anything, that kind of censorship is unfathomable,” she told The Globe.

She said she believes she actually was removed because she regularly stood up to Mr. Waterous and chief executive officer Janice Price during board discussions on a variety of issues. These included who was responsible for decisions in the governance structure – Ms. Kennedy-Glans said she advocated for more involvement from the full board – and how much feedback to request from the communities Banff Centre serves, including artists and Indigenous people.

“These opinions were only raised after Donna had been told that she had violated the code of ethics,” Mr. Waterous told The Globe in an e-mail when asked about this.

Ms. Kennedy-Glans is now calling for the CEO and the entire board to resign.

When asked for an interview, Mr. Nicolaides’ office referred The Globe to the Banff Centre.

In written responses attributed to a spokesperson, Banff Centre said Ms. Kennedy-Glans was asked to leave because of her continuing failure to adhere to Banff Centre’s code of ethics and that further details would not be offered.

Ms. Kennedy-Glans’s removal comes in the wake of another challenge faced by Banff Centre’s board and management: concerns within the arts community about the institution’s direction. More than 900 people signed an open letter issued last year that said the institution was drifting from its arts focus and devoting more resources to lucrative conferences and leadership development programs.

Now some former employees, patrons, artists and others are discussing with Ms. Kennedy-Glans the possibility of forming a grassroots group that would advocate for the centre and its arts mandate, says one of the people involved, JS Ryu.

“We have seen how an institution that solely focuses on the creative needs of artists can make a resounding impact,” says Mr. Ryu. He left his position as director of external and community relations at Banff Centre in 2017 and is now president and chief executive officer of the National accessArts Centre in Calgary.

Other people contacted by The Globe were reluctant to speak on the record, some because they signed a non-disclosure agreement when they were laid off after programs were cancelled because of the pandemic.

Mr. Ryu said he believes Ms. Kennedy-Glans’s removal and the fact that she is willing to speak publicly about it could encourage others to talk about their experiences. “I think the expulsion of Donna from the board opens up a whole new layer in this ongoing struggle in the arts community watching the Banff Centre from afar.”

Arts endowments are worth millions. So why can’t organizations draw on them to survive the pandemic?
Subscriber content
May 14, 2021 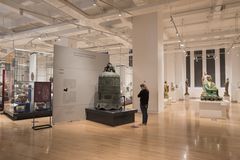 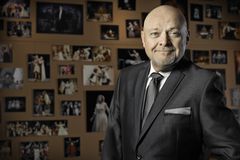 Banff Centre beset by turbulence – and not just because of the pandemic
Subscriber content
January 29, 2021 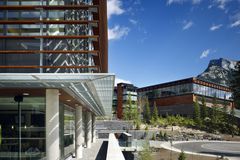