The head of Luminato is leaving Canada after five years at the helm of the multidisciplinary Toronto arts festival. CEO Anthony Sargent, 70, returns to his home base in Britain at a difficult time for Luminato, which had to cancel the entire June event this year because of the COVID-19 crisis.

“I was pretty clear,” Mr. Sargent said in an interview. “I did a specific chapter, starting with the 10th anniversary [in 2016]. The texture of the festival has become clearer and better focused … I was glad to do the five years, I loved it … but the five years were up.”

Mr. Sargent previously ran Sage Gateshead, a music venue in northern England, and said the most pressing issue for him was separation from his wife, adult daughter and two brothers, all living in Britain. He leaves Luminato on May 31 and will return some time this summer to his family home in Newcastle upon Tyne. Luminato interim CEO Celia Smith, who has previously served as president of Artscape and general manager of Canadian Stage, will run the festival as it tries to recover from this year’s cancellation.

On that score, both Mr. Sargent and Luminato board chair Peter Herrndorf are optimistic that next year’s 15th anniversary event will go ahead as planned.

“We are sad to see Anthony go. He brought a lot of things to the city and to Luminato,” Mr. Herrndorf said. “But the good news is that we have a 14-month pathway to the 15th anniversary. … By the time we get to the spring of 2021, there will be such an appetite for Canadians and Torontonians to celebrate. Luminato will be a great tonic.”

Mr. Sargent said he disputes the consensus among some arts leaders that people will be reluctant to return to confined spaces such as theatres or scared to travel.

“I confidently believe by the fall, this period will be a memory, an acute memory, but in the rear-view mirror,” Mr. Sargent said.

The veteran British arts administrator, who was the founding director of Sage Gateshead and before that ran music programming at the BBC, arrived at Luminato in 2015. He was the second leader after founding CEO Janice Price. The festival was inaugurated in 2007, created by local businessmen Tony Gagliano and David Pecaut in an effort to help Toronto recover from another public-health scare, the SARS crisis of 2003. 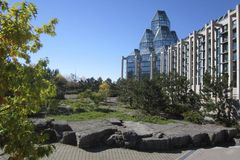 Film Review
The micro-budget Canadian drama Murmur is a simple story told beautifully, and watching it could help save your favourite indie cinema
Subscriber content
April 16, 2020 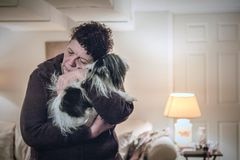