It was Friday, March 13, when the summer arts mainstay, Luminato Festival Toronto, shut its office down. Live events were cancelling left and right, self-isolation was trending and Prime Minister Trudeau announced his government was considering all options to contain the spread of the novel coronavirus. A few days later, Luminato artistic director Naomi Campbell returned to her office to retrieve her computer and some papers. She hasn’t been back since.

At some point, life will get back to some sort of normal. Speaking about arts festivals and live entertainment, though, Campbell feels it will never be the same again.

“Since I was a child, I’ve spent my entire life in the theatre with large groups of people watching other people do stuff," Campbell told The Globe and Mail this week. “I hope we return to it, but I feel like it’s always going to be different. This time we’re living in now is going to be the time between before and after.”

Campbell, a respected figure in the country’s indie theatre scene before moving to Luminato as a producer in 2013, was promoted to the position of artistic director in 2018. Because the 2019 Luminato scheduling was mostly settled upon when she arrived, this summer’s festival was to be the first with her programming stamp on it. Was she excited? Of course she was. But, on March 26, Campbell made the decision to cancel the event, set for June 11 to June 28.

“We could have waited, but we didn’t want to be the last festival to cancel,” Campbell said. “I think we knew what we needed to do a couple of weeks earlier. But, honestly, it was such a blur.”

In lieu of a fully fledged festival, Luminato has moved online. A virtual variation streams June 11 to 13, with an offering of live events and taped performances. To fill out the programming, Campbell reached back to Luminato’s greatest hits catalogue.

Among the reprises is R. Murray Schafer’s epic 1980 theatrical oratorio Apocalypsis, a two-part biblical pageant grandly presented by Luminato in 2015 with 24 dancers, 12 string quartets, 142 brass musicians and 750 singers. One of the performances was broadcast live on CBC Radio and later issued in CD format. For the online Luminato edition, the recording will be streamed over two days, supplemented with a slide show and liner-note essays by composer Schafer and conductor David Fallis.

Apocalypsis is about end times, but the cancelling of this year’s Luminato is not the end of the world for Campbell. Because the funding from private and government sources has remained intact, all 2020 contracts with artists and others were honoured. Some productions and visual-art pieces have been moved to next year.

For 2021, Luminato will draw more on local and regional talent. “We’re not going to count on international touring at all,” Campbell said, noting that many global touring productions planned for next year have already been pushed to 2022. “But we don’t have to look around the world in order to present international artists.”

Campbell points to a project involving the local instrumental group Sultans of Strings and its 2020 album Refuge, a collaboration with international artists who now live in Toronto after arriving here as refugees or under crisis circumstances. For the online Luminato, a conversation inspired by the album is presented.

The arts world, shuttered and struggling to adapt to social-gathering restrictions, has turned to online events to maintain a presence. Whether streamed content is anywhere near a worthwhile substitute to in-the-flesh theatre, music or dance is still an open question. For Campbell, the decision to go virtual wasn’t a tough choice.

“It’s our way of saying we’re here and giving voice to artists and we believe in the value of gathering, whether it’s in person or online,” she explained. “It’s a gesture, and we’re letting people know we’re still thinking about making the best offering to the city we can.” 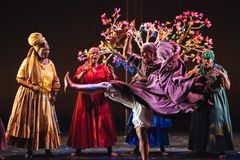 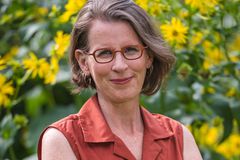