From great suffering can come great art. This greyest of years has produced some artistic silver linings – work that would not have been created had it not been for the pandemic. In a year when everyone wanted to test negative, Canadian artists came up with some beautifully positive results.

When contemplating the ideal platform for delivering opera during a pandemic, you’d be forgiven for not thinking of TikTok. The one-minute-max video-sharing platform is huge for dance and pop music (and is the best thing to happen to the sea shanty for ages) – so why not opera, thought City Opera Vancouver artistic director Charles Barber. The initial plan had been to retrofit material into versions for TikTok, but they couldn’t make it work. So COV has commissioned a librettist to write a parody around Carmen, built structurally so that it can live at least in part on TikTok. When it premieres in September, it will join a slate of other online operas COV is posting this year, beginning with The Human Voice, initially released as a series of webisodes in January (adapted for pandemic times by Isaiah Bell, who also performs). Bill Richardson and Jocelyn Morlock’s comic cantata Perruqueries will be up this month. “I have always recognized that if opera is not constantly reinventing itself, rediscovering audiences and recreating excitement, we’re doomed,” Barber says. “We’re just doomed.”

Imagine On Air by Wordfest

Calgary Wordfest moved into the virtual space last March, producing 57 online events in 2020 and attracting nearly 37,000 views. From the beginning, Wordfest embraced a broadcaster mindset, approaching these events as shows, not just online interviews. The pandemic offered a strange blessing, Wordfest CEO Shelley Youngblut says. “It allowed us to rapidly prototype and test online programming with an audience that had nothing else to do.” The response was so positive, it provided the confidence to move into the space permanently (even after returning to live programming). On May 18, the organization will launch its own channel, Imagine On Air by Wordfest. It will produce six programs, each with multiple episodes, streaming live and available on-demand on Vimeo. A 12-month introductory subscription will cost $26.

IAM: Dance of the Molecules

Her exhibitions cancelled due to COVID-19, visual artist and microbiologist Radha Chaddah found herself staring out the window of her Toronto studio, “wondering at the stillness of the landscape outside, while this novel unseen organism was making its way through countless humans.” She became curious about the shape of the coronavirus and how it interacts with people on the cellular level. That curiosity led to an immersive multimedia dance performance staged amid large-scale molecular animations projected onto outdoor surfaces and captured on film. IAM unfolds in four acts: molecular, human, global and the universe. Act One, IAM: Dance of the Molecules has been posted on the Aga Khan Museum’s website. The others will follow, likely through 2022. Her ultimate goal is to produce all four acts together in a live immersive performance, once the pandemic has passed.

Me Myself and I: A Whimsical Look at Life in Lockdown

Vancouver-based photographer Christopher Edmonstone is most at home taking pictures at concerts. Stuck in lockdown alone, began taking self-portraits. In the first image he created, three of him sit on the couch: one is staring into space; the guy in the middle is eating cookies; and the third is getting up, holding a bottle of whisky. The image became the cover of Me Myself and I: A Whimsical Look at Life in Lockdown, a self-published chronicle. In one photo, he bakes bread; in another he battles a giant coronavirus with a mop. All but one of the photos were taken inside his one-bedroom apartment; sometimes he placed the camera inside an appliance to maximize space. In the book’s final image, Edmonstone is sitting on the couch where it all started, holding the book, high-fiving another version of himself, holding the book.

Journal of the Plague Year

Saskatoon-based artists and studio-mates Dawna Rose and Betsy Rosenwald make politically charged text-based paintings on cardboard. This past year, they’ve added COVID-19 to topics of concern such as Donald Trump, the environment, racism and sexism. In one of Rosenwald’s pieces, Trump yells “My numbers are HUGE!!” while surrounded by coronaviruses. Unable to show the work in person, the women started posting on Instagram. “It wouldn’t have happened without the pandemic,” says Rose, who loves reaching the audience directly. “You’re the captain of that ship.” The posts led, ironically, to a February show at Saskatoon’s Gallery 330g. Visits to Journal of the Plague Year were by appointment, and people accessed the show online from across Canada, the United States, Europe and Asia. Encouraged, the women have now launched a website dedicated to this work. 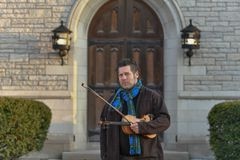 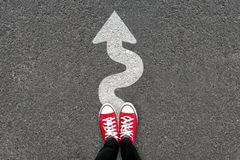 These arts leaders took over their organizations just as the pandemic hit. Here are their lessons in navigating through crisis
Subscriber content
March 15, 2021 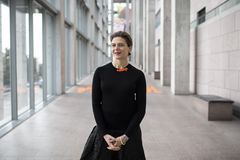