A just-out report on podcasting reveals that crime pays, episodes are trending shorter and bingeing isn’t just for buffet enthusiasts and television watchers any longer. Those nuggets and many more come from Stitcher, a big player in the booming business of podcasting. Its inaugural Stitcher Podcasting Report sheds light on the evolution and growth of podcasting over the past decade.

You want numbers? Stitcher has numbers:

According to its report, the number of podcasts published to Stitcher has grown more than 129,000 per cent since 2010, the year the company launched its popular podcast app. Nearly seven million episodes were published in 2019 alone.

As for genre, true-crime podcasts led in total listening and binge-listening hours in 2019, followed by comedy podcasts. When it comes to listening habits, in the past two years the hours people spent bingeing on Stitcher platforms has more than tripled, with the number of bingers doubled.

The biggest spike in listening hours started in 2017, according to the report, as publishers and stars from other media jumped on the podcast wagon. On that front, two weeks ago the interviewing icon Larry King signed a US$5-million deal to play host to The Millionth Question, a celebrity-laden podcast set for a debut later this month.

One imagines the likes of Lady Gaga sitting poolside when the phone rings. “I’m not taking any calls,” she tell her assistant. “But it’s Zane Lowe,” the assistant replies, whispering, hand over the receiver. “Put him through," the suddenly attentive Shallow singer replies. “I’ll take it on the cabana phone.” In an age in which A-listers do less press than ever, Lowe, the taste-making DJ and Apple Music’s global creative director, is the pop-star whisperer. "I’m not really promoting,” Gaga said on The Zane Lowe Interview Series recently, while promoting her new album Chromatica. “I view this conversation as something that I would want to do anyway.” The Gaga spot is one of six dropped late last week by Lowe, who also chatted with Bieber, West and Hayley Williams.

You can’t swing a dead Ewok without hitting a podcasting Star Wars nerd. Thankfully, Lauren Lapkus and Nicole Byer are not that. For the first season of their Newcomers podcast, the affable sci-fi neophytes acquaint themselves with the Luke-and-lightsaber franchise and irreverently (but not disrespectfully) discuss the films as they go. On the latest episode, fur flies when the duo takes a walk with the Ewoks and chats with a superfan.

Fighting for listeners in an ever-crowded medium, podcasters would do well to name their shows as self-explanatorily as possible. Ergo, Two Gringos with Questions, an inquisitive series in which an American (Global Americans executive director Chris Sabatini) and a Canadian (Canadian Council for the Americas president Kenneth Frankel) interview experts on the politics and culture of Latin America and the Caribbean. Their most recent guest is Wade Davis, a Montreal-born anthropologist and one-time explorer-in-residence at the National Geographic Society whose forthcoming book on Colombia is Magdalena: River of Dreams. 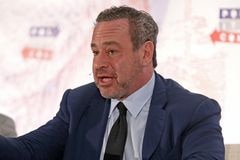 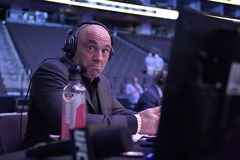 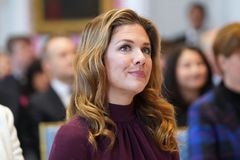