Deepa Mehta was a child of only five or six when she began her apprenticeship in Indian cinema. She spent afternoons snuggled into a plush seat in one of the Amritsar theatres owned by her father, a film distributor in the Punjab. One of her earliest memories is of a tour he gave her: how the waxy screen felt beneath her fingers, how the projector's booth smelled of warm celluloid.

She began to spend long hours there, watching the latest epic from the golden age of Hindi cinema in the 1950s. And she watched through the rise of Bollywood (although she believes the term, derived from the American, belittles a much larger and diverse Indian film industry). Later, she would seek out art films from India's regional cinemas - Bengali, Telugu or Malayalam.

The films she went on to write and direct (such as the trilogy Fire, Earth and Water) are works in a more Western style, deeply rooted in their characters. But Mehta retains a passion for Indian film - she sees all the big new movies, keeps up on the gossip from Mumbai, and seeks out the more obscure art-house stuff on every visit back to India from her home in Toronto.

Thus you might expect to find one of Canada's most prominent directors in the bright lights when the International Indian Film Academy Awards come to Toronto on June 25. Mehta, however, is spending these early-summer days holed up in a dark editing suite, working on postproduction for her film adaptation of Midnight's Children. Thirty years after Salman Rushdie penned the novel that won the Booker of Bookers, Mehta shot the film in secret in Sri Lanka over the past few months, evading the fundamentalists who loathe both her work and Rushdie's.

With the film safely in the can, she flew home to start the edit of 69 days of footage. But en route to Toronto a few weeks back, Mehta stopped in Delhi, where much of her family lives, and made time for a chat with The Globe and Mail about the IIFAs and the industry the awards honour.

She speaks of Indian cinema today with a sort of awed admiration, saying she could never make a Bollywood film - "It requires a talent I don't have; all those dancers, I wouldn't know how to put the camera …" - and also a fondness for the characteristics that make it distinct. "I love the melodrama and the heightened emotion, and of course Indian cinema is all about family. I think that's sweet - that you care so much about relationships and your mother and brothers who are separated at birth."

Inevitably, some of what she saw as a child has come to influence her own work, she says - and was the inspiration for her homage Bollywood/Hollywood in 2002, a film about Indo-Canadians with a dollop of (relatively small-scale) song-and-dance numbers and lots of maternal hand-wringing about weddings.

Bollywood/Hollywood is a fine way for a moviegoer to stick an initial toe into the waters of Indian film. But what to watch next? The Globe asked Mehta for her list of must-sees for those of us in need of a crash course (or remedial viewing) in Indian cinema.

"All the films of Guru Dutt have been hugely influential for me," she says of the pioneering filmmaker, who dominated Hindi cinema in the 1950s and sixties. Mehta saw her first film of his ( Pyaasa or Thirsty) when she was 9. "It was the first one that really dealt with poetry and what happens to a poet in modern India - I thought that was really moving. At that time [most]plots were rather simplistic. It was about a prostitute and the depiction of the prostitute was interesting … all his films are lovely."

Next on Mehta's list is Pather Panchali ( Song of the Little Road), by the great filmmaker Satyajit Ray. About a young boy in rural Bengal in the 1920s, it won two awards at Cannes in 1956, was nominated for the Palme d'Or, and brought Ray his first international attention; today it's considered one of the great films from any tradition. "Everyone should see this," Mehta says simply.

The director says novices should also watch Lagaan ( Land Tax), which was released a decade ago this week. "It's about cricket and it's about love and it's quintessentially accessible love." Be warned, however, that it's three-and-a-half hours long, and even its ardent fans agree it's slow-moving. "It requires patience."

As well, Mehta recommends the work of one of the biggest directors in Mumbai today, Karan Johar. A good place to start, she says, is Kuch Kuch Hota Hai ( Something Happens), about a girl trying to fulfill the last wish of her dead mother. It stars Bollywood biggies Shah Rukh Khan and Kajol.

For something different, there's Dev.D, a dark romance, where the songs are in the background. And Mehta also enjoyed Band Baaja Baraat, about wedding planners, which Mehta calls "very fun." Then there's the smash hit from last year, Peepli Live, a comedy about, somewhat improbably, farmer suicides. Mehta adored it.

These days, though, her passion is for art films in Malayalam, one of the main industries in southern India (there are also vast numbers of commercial films, and a smaller number of art ones, made in Tamil, Telugu and Bengali, far from the Bollywood production centres, which work mostly in Hindi). But those, she says, will be harder to find at your local Canadian video store.

Between Netflix and your nearest indie rental place, Mehta reckons, many Canadians can get just about anything made in India these days. Plunge in, she advises; richness awaits. 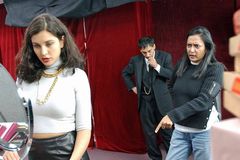 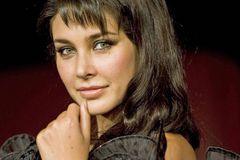 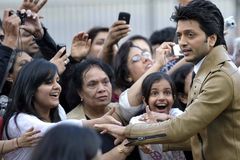 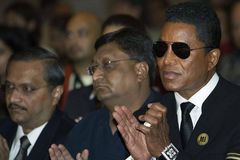 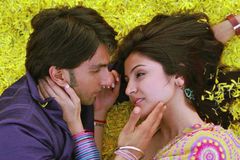