Since 1982, Piers Handling has helped make the Toronto International Film Festival a cultural force in the movie business. He has led multi-million-dollar fundraising efforts and spearheaded the creation of Toronto's permanent TIFF Bell Lightbox. An Order of Ontario appointee, the director and CEO of the festival has his finger on the pulse of all things cinephile. Here, Handling shares some of the secrets to his success.

Staying true to yourself is probably the truest cliché. I think you need to keep your feet on the ground just to understand the core of who you are and what you value. That's what I learned in my childhood and that hasn't changed at all. If you're grounded, you won't have your head turned by other people, celebrities or festivals. I had a moment in my career when I was working at the Canadian Film Institute and took on the executive director and board and almost won, but lost. I left the organization and was trying to find my way for a couple years. It was a big disappointment, but I never saw it as a failure: I just wanted to remain true to myself and my values in that situation. The biggest lesson there was not to be afraid of doing the thing that's right for you, because unbelievable things will happen as a result. It was a big leap off a cliff, but if I hadn't jumped, I wouldn't have this job. Some people take too much risk and it bites them, but if it's a smart risk and if it's the right thing to do, you do it.

Get outside every day

I couldn't do this job without physical exercise. I walk to work every day and it takes an hour. That's a complete disconnect for me – there's very little stress and I need that. I also like to hike and climb, and I've been very serious about cross-country skiing, tennis and squash. I need to be outdoors.

The intellectual rather than emotional impact of film is what first appealed to me. When I was younger, what got me engaged were filmmakers who taught me to think analytically, and it began to reveal truths about relationships in the world – between people and society and everything around us – in a very different way. To decipher the world visually, try to uncover what's beneath the surface and in the subtext, still fascinates me. And that's what really began to open my eyes to the potential of the medium. Filmmakers are asking a lot of questions and going deeper; they don't accept things at face value. My mother was also very curious and taught me to challenge convention, so that also had a big influence on me – to constantly question everything. I started out as a historian, and of course history is all about asking questions about what's conventional and what's being passed down to you, and if it's true and how it could be different.

Don't take it all so seriously

The biggest lesson I've learned is to really have fun and enjoy what you're doing. No matter what you're doing or how tough the work is, there has to be an element of play, engagement and humour. You have to look at the bright side. I'm not saving lives here: It's cinema. I've always tried to keep a flexible mind, to be forward-looking and problem-solving as opposed to playing any blame games. You can analyze mistakes later. When you're in the moment, you should be in solution mode. I'm also a huge believer in the power of the collective, although I'm very much of a loner. My work is very social and obviously external- and public-facing, and you have to be extroverted. But you have to protect yourself sometimes, too, and have those moments that I call "deflating," where you relax and restore and think.

This interview has been edited and condensed by Laura Beeston.

Scenes from TIFF: Alone in the ghost town of Festival Street
September 11, 2015 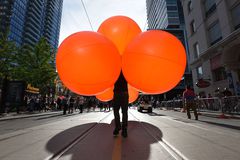 Kate Taylor: Is the populist TIFF going the way of the competitive Cannes?
September 11, 2015 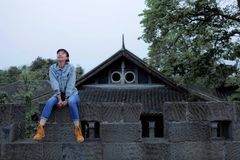 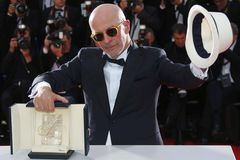 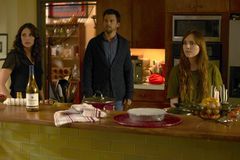 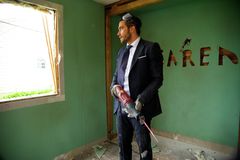