The nominations for the first-ever Canadian Screen Awards were announced at simultaneous press conferences in Toronto and Montreal Tuesday. The prize winners in a contest that amalgamates the Genie film awards and the Gemini television and digital-media awards will be announced during a live broadcast hosted by comedian Martin Short on March 3 on CBC-TV.

"There is a motherlode of talent in this country," said Helga Stephenson, the CEO of the Academy of Canadian Cinema & Television. "This is coming from the membership; they want more profile, more promotion and more recognition, and they deserve it."

With 11 nominations including the nod for best dramatic series, the leader on the TV side is Flashpoint, CTV's cop show that ended a five-season run in December. In the best-dramatic-series category it faces the CBC's Arctic Air, Global's Bomb Girls and two Showcase dramas, Continuum and King.

The black comedy Less Than Kind (HBO Canada) got 10 nominations, including best comedy. In that category, it faces Michael: Tuesday & Thursdays, the critically acclaimed comedy that got eight nominations but was cancelled after one brief season on the CBC. Good God, Mr. D and Kenny Hotz Triumph of the Will are the other nominees for best comedy.

The briefly lived Global drama Combat Hospital, another one-season wonder, got six nominations in acting and technical categories. Eight other shows got six nominations each, including Bomb Girls, Good God, Sunshine Sketches of a Little Town, Todd and the Book of Pure Evil, the CBC's The National newscast, Hockey Night in Canada and TSN's 2012 Olympic coverage.

Conspicuously absent from these lists is the CBC's popular Newfoundland private-eye show Republic of Doyle, which received one lone acting nomination for Gordon Pinsent as a guest star. The period detective show Murdoch Mysteries also did poorly, with one nomination for Laurie Lynd's direction of an episode and one nomination for makeup.

On the film side, Quebec titles dominate the nominations – as they often do – despite a very poor year at the box office for francophone film. The Oscar-nominated Rebelle leads the pack with 12 nominations, including best picture. In that category, it faces three other Quebec titles Inch'Allah, L'Affaire Dumont, and Laurence Anyways, Xavier Dolan's transgender drama and the second most nominated film, appearing in 10 categories.

The English-Canadian films nominated for best picture are Deepa Mehta's adaptation of Salman Rushdie's novel Midnight's Children, which got eight nominations) and Michael McGowan's Still Mine, a drama about an elderly couple, which got seven, including best-acting nods for both its stars, James Cromwell and Geneviève Bujold.

The awards include 116 categories, of which 22 are film, 89 television and five are digital media. In that area, the Web series, Guidestones, Space Janitors, Out with Dad, What are the Sevens? and Prison Dancer, were nominated as the best original programs specifically produced for digital media.

The amalgamation of the awards comes after years of debate over how the profile of the Genies could be improved and at a time where the distinctions among screen media are blurring. Only the Quebec TV awards, the Gémeaux, will remain separate, recognizing that there is little cross-over between French and English TV audiences in contrast to the more bilingual film market. 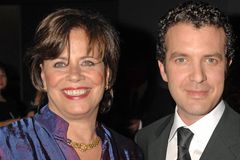 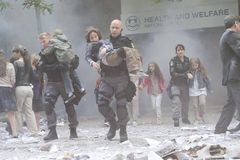