Adam Haslett's first book, the short-story collection You Are Not a Stranger Here, was a finalist for the Pulitzer Prize and the National Book Award, while his first novel, 2010's Union Atlantic, received the Lambda Literary Award. A graduate of Swarthmore College, the Iowa Writers' Workshop and Yale Law School, he lives in New York. His second novel, Imagine Me Gone, was just published by Little, Brown.

I wrote it because I had to. There were experiences of loss in my own family that I had to make sense of, and storytelling is the means I had at my disposal. It's often said that you don't choose your material, it chooses you, and I think that's entirely true. The questions this book raises, in particular the question of how far will you go to save the people you love the most, was one I had to grapple with. I had no choice. I could grapple with it off the page or on the page. This book was that struggle.

Among living writers, my favourite sentence writer is the American short-story writer and novelist Joy Williams. There is often more moral complexity, intelligence and irreverent humour in one Joy Williams sentence than in entire stories by other writers. They are razor sharp. She never wastes words. She deploys the vernacular within diction at times almost biblical to startling effect. And she nails character with more economy and yet somehow at the same time more acuity and depth than almost anyone at work today. I could read her sentences all day long.

My first book was a collection of short stories. I sold it before I'd finished it, which surprised me, given that a lot of the material was what some people might consider "dark." But my editor, Nan Talese, took the risk and gave me time to write three or four more stories, about a year or so. When I went to her office for the first time to discuss what I'd be working on as I completed the collection she gave me only one piece of advice: Be brave. I've always been thankful to her for saying that to me. It was exactly what I needed to hear, and what I think any writer needs to hear. It's open-ended, it asks you to be both true to your own instincts, but to test the limits of what you think is permissible or doable. And it asks you to figure out what limits you've placed on yourself without realizing it. Be brave. That's the best advice I've ever received.

It would probably take less space to say what doesn't scare me. I think a certain vigilance and worry have always been part of my working method. An affective expression of the censorious, internal editor. Finished work is the material that has been won over and against the standing self-accusation that what you produce is at best mediocre, and at worst lousy. I have some dim sense that now that I've finished my third book this may finally be shifting slightly, but only time will tell. When these fears get the better of you the result is caution, which is deadly. The point isn't to rid oneself of the fears, but to acknowledge and then ignore them.

Because I'm dyslexic and have always read slowly, I tend not to read books more than once. It's a rarity for me. That said, I frequently return to James Baldwin's second book of essays, Nobody Knows My Name. Baldwin's essays have an indelible voice – fiercely clear-eyed, morally indignant, and oracular all at once. To this day, I think they are some of the best writing we have on the underlying dynamics of American social life.

Jim Lynch: 'I don’t understand why some Canadian writers aren’t bigger in the States'
April 29, 2016 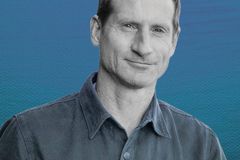 Suzanne Buffam: ‘Why everyone’s so convinced Moby Dick is a he is frankly a bit of a mystery to me’
April 22, 2016 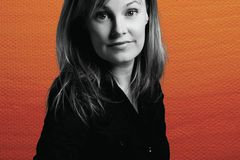 Alissa York: ‘I fear any affliction that entails losing the ability to read and write’
April 15, 2016 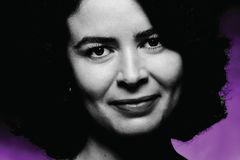