When Prince William and his wife, Kate, were visiting Canada in 2011, James Moore, the minister of Canadian Heritage at the time, sent an e-mail to Hubert Lacroix, president of the CBC. Moore had been watching CBC coverage of the royal visit and said, "It's not a big problem but …"

The minister just wanted to remind Lacroix that the couple should correctly be called the Duke and Duchess of Cambridge, not Will and Kate, and that this was a royal tour, not a royal visit, since Prince William is a future king of Canada, not a visitor. According to an alarming new book by former Radio-Canada news director Alain Saulnier, Lacroix quickly passed along the little style reminder to news executives on both the French- and English-language services.

Did Moore seriously have no better way to spend his time than sending the CBC memos on the finer points of royal protocol? The anecdote, from Saulnier's Losing Our Voice: Radio-Canada Under Siege, which has just been released in English, would be funny were it not just another distressing example of grotesque interference in an arm's-length agency from Conservative politicians and political staffers – and the Liberals before them.

By Saulnier's own account, after being regularly criticized in management meetings for his preference for journalistic ethics over revenue-generating schemes, he was forced out in 2012. His book was published in French last year under the title Ici Était Radio-Canada, a dark pun on the Radio-Canada sign-on, and created a firestorm in Montreal's media community.

Saulnier is highly critical of his former boss, saying Lacroix failed to defend the CBC's journalistic integrity and facilitated the Conservatives' budget cuts. He cites multiple examples where Lacroix passed on the government's criticisms of programming decisions, including a complaint that too much air time was being devoted to the Senate expenses scandal, and quotes one colleague who says Lacroix repeatedly made the link to his executives between news coverage that might offend the government and his own negotiations over the budget.

Saulnier argues that if Lacroix were a better strategist he would have found ways of generating more debate about the cuts from outside the corporation. That can be a very dangerous game and crown corporation executives who don't co-operate with their political masters seldom last long enough to defend anything against anybody; yes, Saulnier's account is self-serving in that he can justify the strategies he deployed to stay at Radio-Canada yet attack Lacroix's. But it's also a refreshing breath of Québécois candour in marked contrast to the oh-so-tactful criticisms his English-language colleague Kirstine Stewart made of Lacroix in her recent book Our Turn.

Of course, when Saulnier's book first appeared in French, the Conservatives were still in power, but their disappearance from the scene is no reason not to pay close attention to his warnings, now translated into English by Pauline Couture and published by Dundurn.

The first half of his book deals with previous governments and in particular the long and ignominious history of Liberal meddling with Radio-Canada because that party suspected the journalists of being separatist sympathizers. In 1977, Radio-Canada found itself appointing Pierre O'Neil, prime minister Pierre Trudeau's former press secretary, as head of TV news: not surprisingly, the journalists felt they were being spied on.

Here, Saulnier makes two points, which politicians of all stripes seem to have great difficulty understanding. One is that responsible professional reporters leave their personal political beliefs at the office door and the other is that the CBC/Radio-Canada is a public broadcaster not a state broadcaster.

Another anecdote illustrates both: In 2006, Saulnier moved parliamentary correspondent Christine St-Pierre to a different job after she wrote a letter to La Presse arguing that Canadian troops should remain in Afghanistan – only to find himself chastised by the PMO for not letting journalists publicly express support for the Canadian mission.

Does the new Liberal government understand journalism and public broadcasting any better? If it does, it's an unusual Canadian government.

To operate effectively, the CBC desperately needs a board of professionals and experts rather than one filled with political hacks; a president who reports to that board and not to the PMO, and a clear multiyear mandate from government with a budget to match. Will the new Liberals provide that – or will they, too, prefer to meddle?

Tory faithful who wanted to smear the CBC used to occasionally refer to it as the state broadcaster, as though it were some Stalinist holdover: Their confusion always amused me because I think a state broadcaster was precisely what they wanted.

Saulnier's timely book makes it clear that a lot more vigilance from those outside the CBC is going to be required if Canada's struggling public broadcaster is ever going to be rescued from the politicians. 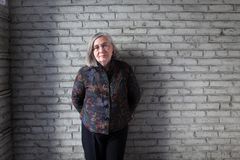 Derek McCormack: ‘I wanted my book to be an accessory, stunning and useless’
May 15, 2018 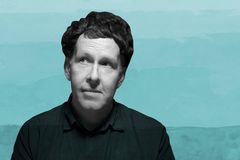 Jonathan Auxier wins big at the Canadian Children’s Book Centre awards
March 23, 2018
Follow Kate Taylor on Twitter @thatkatetaylor
Report an error Editorial code of conduct
Due to technical reasons, we have temporarily removed commenting from our articles. We hope to have this fixed soon. Thank you for your patience. If you are looking to give feedback on our new site, please send it along to feedback@globeandmail.com. If you want to write a letter to the editor, please forward to letters@globeandmail.com.
Comments