Sarah Dunn – creator of the ABC sitcom American Housewife – applies her sardonic wit to a novel about a couple attempting to spice up their marriage. Lucy and Owen have abandoned overpriced Manhattan for the more affordable vistas of the Hudson Valley. They have it all, and yet they don't: their son is on the spectrum, their marriage is in the doldrums, and they're scandalized to learn of a couple close to them who have opened their marriage. It only takes about 10 pages for the two of them to decide to do the same, but with rigorous ground rules including no snooping, no leaving and no falling in love. What happens next is fairly predictable – Owen falls into a sexual affair; Lucy falls into a passionate one – but the way this novel pushes and explores boundaries is commendable. I'm sure there are many who will be fascinated by this plot, and many who will be appalled – and also some who, like me, won't be quite sure how they feel. Reading this novel I felt a strange sense of horror, as if I were being forced to watch a train wreck. I wanted to yell at the characters, which should be considered a win for Dunn. These people felt real, their mistakes consequential, and I just wanted them to be okay in the end.

The Fall of Lisa Bellow

The Fall of Lisa Bellow is a captivating novel dealing with the ripple effect a tragedy has on everyone left in its wake. Meredith Oliver, an ordinary young girl dealing with the pressures of adolescence, is sitting in a local sandwich shop when a masked gunman bursts in. He orders her to the ground alongside her nemesis – the popular and calculating Lisa Bellow, whom the gunman takes with him when fleeing the shop. It only takes a horrifying few moments for events to unfold, but Meredith's life is altered forever, as is that of her mother, Claire, who still has her daughter but has lost so much else. Through Susan Perabo's bright, candid prose, a powerful story of a family torn apart – but still bound together by their deceptively strong ties – is expertly told. And its plot is complicated – terribly, startlingly so – by the spectre of motherhood and daughterhood. Is any relationship more fraught?

A friend recently asked what I was reading, and I tried to explain this novel succinctly: "All Grown Up is to Melissa Bank's The Girls' Guide to Hunting and Fishing as Girls is to Sex and the City," I wrote. But this wasn't quite right. This novel, about a middle-aged woman named Andrea Bern, also reminded me of something else I once read: Junot Diaz's This is How You Lose Her. All Grown Up reads like an unedited journal, or a deeply personal internal monologue. And we're not used to that these days – actual fears, unfiltered flaws, embarrassing moments, tragedies rather than triumphs, imperfect days making up an imperfect life. I would imagine that because this is a female author writing a female character with an authentic feel, many will believe Attenberg is her character. I understood otherwise, but still found myself worrying, as if Andrea actually lived and breathed, about how she would be judged by the world. Couldn't she tone it down just a little, maybe think about someone other than herself once in a while? Except, I realized, we don't edit ourselves on the inside. Except, she wasn't looking for my approval. Attenberg should be commended for the precision and authenticity of her writing. This is a slim volume containing multitudes.

Toronto-based author Joanna Goodman draws upon memories from a year spent at a Swiss boarding school in her youth to create the vibrant and believable world in The Finishing School, her fourth novel. This book is addictive because of the mystery it explores: the tragic death of beautiful student Cressida Strauss in 1998, which resurfaces in the present day in the form of a cryptic letter that Kersti Kuusk – Cressida's best friend and roommate at the time of her death – receives from a former classmate. But what's also notable is the deftness with which Goodman presents the complicated, passionate nature of friendships during formative years, as well as the fascinating and formidable depths people will go to in order to get what they want. Also enthralling (and at times painfully accurate) is Goodman's portrayal of Kersti as a bestselling writer who struggles with self-doubt and the dichotomy between what she wants to write and what she thinks she should write. In the midst of personal turmoil, Kersti finds a strange sort of refuge in throwing herself back into the world she inhabited with Cressida. While in Switzerland for an alumni event, she begins to delve into the unsolved aspects of her friend's death and ultimately makes a decision involving her own life that has far-reaching implications. The Finishing School offers both a compelling look into an exclusive world and a wise and heartbreaking story of a friendship and misplaced passion.

It Happens All the Time

Amy Hatvany, who is a sexual-assault survivor, explores the issue of consent in It Happens All the Time, her seventh novel. But this is not her story. Rather, it's the story of co-narrators Amber Bryant and Tyler Hicks, who met as teens and built a deep and trusting relationship. Upon graduating from college, Amber returns to her hometown, freshly engaged and ready to start a new life. But Tyler, and Amber's past, await. Tyler has always had feelings for Amber. She begins to reciprocate, against her better judgment, and an incident occurs. What Hatvany seeks to convey is that it's not always strangers who do these things. And it's also not always people bereft of affection for their victims either. And yes, sometimes sympathy can be found for the perpetrator – but that doesn't mean a crime didn't occur. Ultimately, and as it should be in order to keep the novel true to life, a happy ending is impossible here. Lives are altered, scars are inflicted, battle lines are drawn. In the end, the nobility of this novel lies in its painful honesty as it wrestles with exactly what consent means. And while there's a heavy issue at play, Hatvany still manages to turn in a page-turner that's impossible to put down.

I haven't read an Alexander McCall Smith novel in several years, but was once a huge fan of his No. 1 Ladies Detective Agency series and the Isabel Dalhousie books. I'm glad I returned to him now, in time to read his fourth stand-alone novel, which tells the story of jilted-by-his-personal-trainer-girlfriend food writer Paul Stuart, who is propelled into an Italian adventure by his editor, who suggests he might want to do some on-the-ground research for his – rather late – next book. Three weeks in Tuscany seems easy enough, but it turns into a caper when Paul's car-rental booking is mixed up at the airport and he ends up driving a bulldozer into quaint and quiet Montalcino. What follows is a lovely tale of a life put back on track by charm and coincidence – and by kindness and humanity, too. Paul and his bulldozer have many adventures in the Italian countryside, involving food, wine, Tuscan history and romance. McCall Smith knows exactly what he's doing at this point in his career, and delivers a perfect combination of suspense, jaunty bons mots and heartstring-pulling moments that result in ultimate reader satisfaction, but with no saccharine aftertaste. And this wonderfully heartwarming novel contains a simple but welcome message about what happens when we open our eyes and see the world as it is, not as we want it be. The result is a perfect finish. 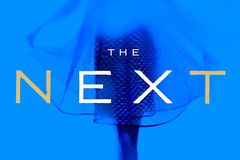 Review
Review: New novels from Silvia Moreno-Garcia, Gina Frangello and Elin Hilderbrand
November 11, 2016
Review
Review: New novels from Jodi Picoult, Alice Hoffman and Jade Chang
November 4, 2016
Follow us on Twitter @globeandmail Opens in a new window
Report an error Editorial code of conduct
Due to technical reasons, we have temporarily removed commenting from our articles. We hope to have this fixed soon. Thank you for your patience. If you are looking to give feedback on our new site, please send it along to feedback@globeandmail.com. If you want to write a letter to the editor, please forward to letters@globeandmail.com.
Comments