As I read History's People, this year's Massey Lectures by celebrated historian Margaret MacMillan, I found myself thinking repeatedly of fiction. In particular, the work of Italian novelist Elena Ferrante, whose quartet of Neapolitan novels explore a friendship and also a city: Naples from the end of the Second World War to the present. Over the course of 1,200 pages, her characters ask themselves: Who owns the street and town, the money and the laws, the past and future? Who has the qualities and the power to "make and unmake" the world?

MacMillan asks a similar question, detailing the attributes of those who have made and unmade our world. The qualities she chooses – leadership, hubris, daring, curiosity and observation – shape History's People and its five attendant lectures.

MacMillan draws on an astonishing well of scholarship. Her magisterial work, Paris 1919, is a masterpiece of insight and erudition; it is one of the cornerstone books of my life. Her knowledge is unassailable and yet, as I read these Massey Lectures, I was surprised that what I felt was sorrow.

Chapter by chapter, I waited for MacMillan to turn her brilliant gaze to the categories of people briefly mentioned and set aside – the Huron (Wyandot) and Iroquois, those in the Middle East and Africa, Serbia, China, India, Burma, Kosovo and elsewhere. Some years ago, in Esi Edugyan's Dreaming of Elsewhere, I first learned of Mathieu da Costa, a freeman and translator who arrived with Samuel de Champlain in 1607 and became the first person of African descent to set foot on what is now Canadian soil. How thrilling it would have been to meet da Costa in these pages, or Anahareo, the celebrated Mohawk writer whose curiosity and daring would have shone brilliantly in MacMillan's hands. In History's People, I felt the absence not only of them, but of their entire worlds.

Meanwhile, Nixon is credited with opening up China; without his efforts, "we might not have seen a thaw for years, even right up to the present." Of Elizabeth Simcoe, MacMillan writes, "Like many Europeans, she was intrigued and impressed by the Indians and, like Champlain two centuries earlier, was prepared to see them not as alien beings but as fellow humans whose values and practices were as worthy of respect as her own." The journals of Fanny Parkes, "more than a superior travelogue," detail her romance with India: "Wherever Mrs. Parkes went, she sought out the local sights: mosques, temples, tombs, ruined forts, palaces." The daring of Aitkin, Champlain and Nixon are highlighted: "… the world moves on because of such men and women."

The house of history is vast, and as the Massey Lectures come to a close, two voices sound a very different, and more urgent, note: the observers Harry Kessler, born in 1868, the wealthy son of a German banker, and Viktor Klemperer, born in 1881, a German-Jewish professor in Dresden. Both men kept extensive diaries as Germany collapsed into xenophobia, war and devastation. Their lives move from despair to despair. Through their diaries, Kessler and Klemperer attempt to keep hold of their particular way of observing and thinking, which is to say, their souls. MacMillan powerfully recreates the era; she brings to life not simply their personalities, but their personhood.

History told through the lives of individuals is a powerful endeavour. Hannah Arendt's Men in Dark Times, Pankaj Mishra's From the Ruins of Empire and Jonathan Spence's The Gate of Heavenly Peace are all works that narrate our shared past through writers, teachers, historians and philosophers. From Karl Jaspers, Rabindranath Tagore and Isak Dinesen, to Kang Youwei, Jawaharlal Nehru and Bertolt Brecht, the aspirations, accomplishments and failures of these individuals have been shaped not only by the tide of events but the history of ideas. Mishra writes with the explicit intention of foregrounding the intellectual thought that preceded better-known figures who "have come to monopolize, and limit, our sense of India, China and the Muslim world." To tell their stories, Spence writes, is to restore to their voices an "essential power … leaving their allotted space and marching to the centre of the stage."

History's people, MacMillan initially suggests, occupy the foreground. They are the faces "a movie camera fixes on when it passes over a crowd." But her lectures and stories left me thinking of a different image, that of history's objects, whom the camera passes without stopping. Those who, like Kessler and Klemperer, speak stubbornly to themselves because, in their most desperate moments, no one else is listening. In their daring, Nixon, Aitken and Champlain – history's people – may gaze out from a high vantage point as they unmake worlds. History's masses, meanwhile, occupy the sidewalks. They rise and fall with the homeland as it breathes and dies and lives. 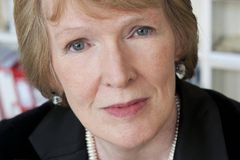 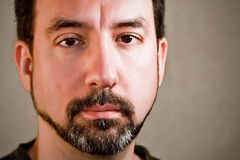 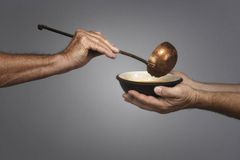