The most-asked question from crime fans is "Who should I read next?" If you like Ian Rankin, then you should turn to Chris Brookmyre. Dead Girl Walking is the 19th novel by this Scottish master, and it's one of the best of the lot, featuring his irregular sleuth, Jack Parlabane, and set in the fascinating world of the music industry. Tossed on his uppers, he takes a job for an old friend to find the missing lead singer of an up-and-coming band. From London to Berlin, via Barcelona, we go on the road as two linked narratives merge. In one, Parlabane hunts for the missing singer. In the other, the band's violinist tells us of events leading up to the disappearance. Just what did happen? And why? This one is good right to the final page.

I loved The Witch Of Babylon, D.J. McIntosh's second novel, featuring art dealer John Madison. McIntosh, who lives in Toronto, sets her novels in the Middle East, specifically in the ancient lands of our earliest history. The third in the trilogy takes us to Turkey and then to the Biblical centre of creation, the Garden of Eden. McIntosh loves to unravel the historical realities that survive millennia in myth and legend. So we have Madison, of New York, hired to find a rare lost book on angel magic and the man who stole it more than 35 years ago. Why wait all this time to go on the hunt? That's part of the story and so is Madison's clever parsing of old writings, scripture and carvings. I don't know if any of this is based on reality, but as fiction, it works so well that an otherwise unbelievable tale becomes completely absorbing. And the resolution, when it comes, also reveals a bigger secret for John Madison about his own heritage. This is a great escape novel for the cottage.

The Truth And Other Lies
By Sascha Arango, translated by Imogen Taylor, Viking, 240 pages, $30

This slick, witty little book is the perfect introduction to Arango, one of Germany's hottest young crime authors. It begins with an image: an amphibian, or a dragon, or … an embryo. Henry Hayden is facing potential fatherhood. Trouble is, the mother-to-be isn't his wife but his mistress. And that puts a wrench in the very carefully constructed wheel that is Hayden's completely phony life. Hayden is a famous author, rich and celebrated with all the perks that come with fame. But the real author is his wife Martha, who's not going to be happy about the potential child. Losing Martha isn't an option but Henry has more problems that that and as fast as you can flip a page, his carefully constructed present crashes against his very well-hidden past. Henry is, of course, a bit of a villain but he's so appealing in his stupidity and self-delusion that it's hard not to hope he gets away with something. This smart, amusing author is one to watch.

What happens when girls grow up in a home with an alcoholic abusive father? There's a twisted affection but, in the case of the Campbell sisters, there's just a desire to get away from Dad. They're too young to leave but what if Dad went away? Just drifted off and left them alone? That's just where this excellent new novel from Vancouver's Chevy Stevens begins. The Campbell sisters are desperate and then Dad disappears. Once he's gone, it's all clear sailing. They change their names, move out into the world, become whatever they choose. Then, eighteen years later, Jamie Campbell's teenage daughter is asking questions about the past and the people in it. How do you confront a danger you've never admitted existed? This is Stevens's best book to date.

I haven't read the other five books in Michael Harvey's series set in Chicago but, based on this one, I plan to binge soon. The Governor's Wife is brilliant. Note the brevity: Just 238 pages and not a word of excess. There are few writers these wordy days who can do this kind of lean, organized prose and still give us the feeling, smells, movements of a great city. The Governor's Wife is the despised partner of the late Illinois governor Ray Perry, a wild-card politician who came from nowhere, soared high and fell fast. Indicted and convicted on multiple counts of fraud, he was sentenced to 30 years in prison. As he left the courtroom, entered an elevator, in full view of press hordes, he disappeared. Where is Ray Perry? is the question all Chicago has pondered, along with the police and the feds who have examined every scrap of film, print, or person he ever knew. Now, a mysterious online client wants private investigator Michael Kelly to find Ray Perry. The offer is $100,000 up front and another $100,000 if he's successful. More than enough, as Sam Spade would say, to make it okay. I found this book simply irresistible.

Hungry Ghosts is the third in the Inspector Ramirez series by Ottawa lawyer Peggy Blair and, while it's a bit light on plot, it's heavy on atmosphere and style, the two places Blair shines. The story begins in Havana, the city trapped in a time warp with its decaying infrastructure and isolated lives. Inspector Ricardo Ramirez is facing a full-moon weekend, the time when the crazies come out. As he's investigating vandalism at a local art museum, a ghost appears. That, for Ramirez, is a sure sign of a murder. When the body appears, it's a sex worker strangled with what appear to be her own stockings. Ramirez has seen this method of murder before, in an old cold case. When another victim is found, this time in rural Ontario, it's clear that there is a serial killer on the loose, one who has the means to travel and whose lust for death is growing. Ramirez teams up with Detective Charlie Pike to track down the man they dub the Highway Strangler. 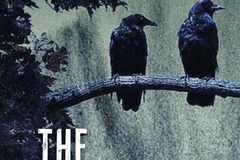 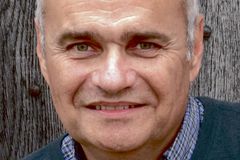