A number of notable events transpire in the life of Jules Epstein in the months before he vanishes. His parents die; he divorces his wife of many decades; he retires from his New York law firm; he begins giving things away, things of tremendous monetary, aesthetic and historical value. He loses his phone and, as though liberated by this mishap, he becomes uncharacteristically lax in communication. Still more out of character, this affluent, sociable American of 68 winds up living in a dilapidated, nearly empty apartment in Tel Aviv. He loses his faith in certainty. He takes a taxi to some some barren hills near the caves of Qumran and Ein Gedi. And he's gone.

The first chapter of Forest Dark, Nicole Krauss's first novel since her 2010 National Book Award finalist Great House, introduces us to Epstein, announcing his disappearance before delving into the circumstances that preceded it. Written in a third person that is in certain ways very close to Epstein's inner life, while in other ways is shut out and mystified, Krauss's prose encircles Epstein like a curious phantom. The second chapter of Forest Dark switches to first person to introduce a second protagonist. This protagonist may be the phantom. The chapters will henceforth alternate between the two characters.

Nicole is a successful novelist who resides in Brooklyn but pays regular visits to Tel Aviv, the city where she was conceived and to where she, like Epstein, will travel in a moment of existential crisis. The ostensible purpose of Nicole's journey is to research a novel in progress. Like Epstein, Nicole finds herself lured toward the mystic. Though exceedingly learned, inquisitive and articulate, Nicole becomes suspicious of empirical evidence and longs "to get lost in that forest."

Nicole's surname is not given, but we can't help but find ourselves listing the attributes she shares with Krauss: her vocation and location, her age – 39 in 2013 – and Jewish roots, her two children and her fraying marriage. (Krauss divorced author Jonathan Safran Foer in 2014.) The disquiet that's fallen upon Nicole's life manifests in part through a feeling that she may have a doppelganger, a feeling she experienced powerfully in childhood. Forest Dark is a work of fiction, but it isn't crazy to consider that Nicole's doppelganger may be the same Nicole who is the author of this novel. Epstein could be a Philip Roth character, but, given his fate, he could also be a Paul Auster character. Given its focus on dualisms, chance and the liminal spaces in which writing things into being and out of being intermingle, it isn't crazy to consider that Forest Dark's Escher-like premise could be that of an Auster novel. To be sure, this is very much a Krauss novel. Her voice and distinctive intellectual detours cause sparks that are hers alone. Her favouring of reflection over plot leads us to a hushed realm in which, perhaps inevitably, the essayistic passages are ultimately more compelling than the story. Story tends toward the erosion of mystery. Krauss is at her best when poised along mystery's perimeter.

Forest Dark, its title a nod to the opening of Dante's Inferno, had me from the start. Its greatest feat is the suspension it sustains for nearly its duration: I felt it leading me nowhere, at least not in any linear way, and I felt grateful for this. It took me instead through insightful and sometimes moving meditations on marriage and its myriad pitfalls, through the pleasures of secrets, hoaxes and multiverses and the perils of the solipsism that accompany such pondering. It lingers long on Freud's Unheimliche and Kafka's lost writings and possible second life. It vividly evokes the contrast between life in the West and the Middle East: "In Israel no one can ever agree on the way the world appears, and despite the violence of the never-ending argument, this basic admittance of discord had always been a relief to me." It considers the quizzical responsibilities of being a modern Jew. All of these ideas are interesting and Krauss provides sufficient narrative material to animate them.

Epstein and Nicole both want or need to get lost. Perhaps Krauss seeks something similar. "One could say that the sense of self is still porous in children," Nicole tells us. "That the oceanic feeling persists for some time until the scaffolding is at last removed from the walls we labor to build around ourselves under the command of an innate instinct, however touched by the sadness that comes of knowing we'll spend the rest of our lives searching for an escape." Is there a finer method of escape than to write? Or to read? The writing Krauss engages in deliberately straddles the frontiers of resonant fiction and recognizable self. It offers a vast space in which one can lose oneself, but it also supplies some level of closure to bring us back.

Book Review
Review: John le Carré's A Legacy of Spies is a hard book to put down
September 29, 2017 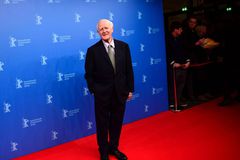 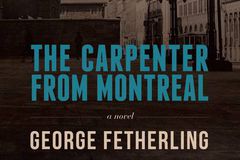 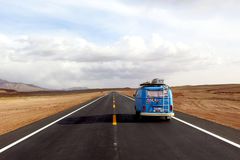