I first came across Scaachi Koul, the BuzzFeed editor, from her infamous tweet for soliciting pitches from diverse writers: "IF YOU'RE A WHITE MAN UPSET THAT WE ARE LOOKING MOSTLY FOR NON-WHITE NON-MEN I DON'T CARE ABOUT YOU GO WRITE FOR MACLEAN'S." I laughed, but, unfortunately for Koul, white men did not. When women don't agree with men, we don't exhaustively tweet about maiming and murdering them, while describing an imaginative but precarious future for their genitals in 140 characters.

It comes as no surprise when Koul recounts the harrowing days that followed in her new book One Day We'll All Be Dead And None Of This Will Matter. I block people if they complain about my grammar, but Koul is made of sterner stuff. Despite trying to reason with her trolls, things spiralled out of control when Twitter's "fabulous supervillain" Milo Yiannopoulos's 168,000 followers unleashed the now clichéd torrent of hate and harassment that the site has become problematic for. (He has since been kicked off Twitter for encouraging this type of vitriol.) Koul took a mental-health break and deactivated her account.

"We are deeply afraid of making marginalized voices stronger, because we think it makes privileged ones that much weaker," she writes. The solution, she says, is more than just "fixing" Twitter but "correcting human behaviour."

Human behaviour is Koul's specialty. Her wide-ranging book of essays touches upon many subjects – sexism, racism, feminism and culture – in a deeply personal and humorous narrative. She writes about everything from attending her cousin Sweetu's nuptials ("There are prison sentences that run shorter than Indian weddings"), to the difficulty of bringing a white boyfriend home after living in sin for so long, to answering the eternal question that has vexed many a U.S. Homeland Security border guard: Why do brown mothers not have fingerprints? They've been burned off from a lifetime of making rotis on a hot griddle.

Koul was born and raised in Alberta to Kashmiri parents who immigrated from India. The rupture and pain that immigration causes runs deep through the book. She captures how the anxiety of that rupture instills fear into parents who in turn instill that fear and anxiety into their children. In a hilarious reversal, she worries about her parents when they finally take a vacation after a decade. They don't call or text to let their daughter know they've arrived safely. She suffers during their entire time away because "how are you supposed to relax when the people who taught you to be afraid of the world, to be alert, to be suspicious, have vanished without a trace."

As a Canadian of Punjabi heritage, the chapter on being hairy was familiar ground for me. Koul says that Indian ethnicity naturally imparts hair and eyebrows that Western society has designated as "good," but the rest of our hair doesn't resemble the "peach fuzz" of blond women, thus it takes our body weight in wax to eliminate all of it. I, too, have guilt about how all that time spent shaving, waxing and tweezing could have been more fruitfully spent getting a PhD or becoming a leader of a small Nordic country before it succumbs to fascism.

Koul does a deft job of tackling both racism and the patriarchy, but her most powerful writing discusses the rape and surveillance culture that's become so prevalent in our society. "Surveillance feeds into rape culture more than drinking ever could," she argues while describing the men in bars who buy women drink after drink waiting until they lose "the language of being able to consent." I read the chapter about Koul's experiences after having her drinks spiked with roofies with clenched hands while willing her to be okay. She argues that women are so used to being watched by men in their everyday lives, that "being surveilled with the intention of assault or rape is practically mundane."

Her musings on how "our inability to talk about race and its complexities actually means our racism is arguably more insidious" become almost prophetic in the era of Donald Trump. Shadism has coloured Koul's entire life. She's "white" in India but "brown" in North America. As a result, she's experienced the privilege of her lighter shade in one country: "The world here is built to benefit those with white skin and punish those with dark skin, much like the world at home." So how to fix these problems? We need to fix human behaviour, Koul would say, since "these are beliefs and behaviours we inherit from … the people who raised us."

As I write this review, my Twitter feed is full of news of Jewish cemeteries being vandalized, mosques being burned down, brown men being shot in bars. But I also see people rallying around the world against xenophobia in a way that makes the brown cockles of my heart strum with wonder. In order to overcome racism, it must have a strong light shone on it to illuminate all its ugliness.

Koul does this by bringing her vulnerability, honesty and, of course, wry sense of humour to the discussion. She weaves stories, which through their cultural uniqueness and specificity, become universal and applicable to all.

Writer and filmmaker Zarqa Nawaz is the author of Laughing All the Way to the Mosque, which was a finalist for the Stephen Leacock Memorial Medal for Humour, and the creator of Little Mosque on the Prairie. 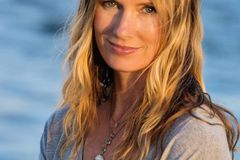 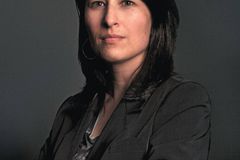 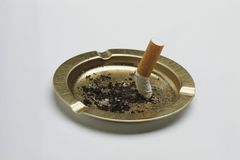