How is a new literary prize born? Out of frustration, it seems.

The rain was teeming that night, but the real storm was happening onstage at the Vancouver Writers Fest: Five women, including the founder of the U.K.'s Orange Prize for Fiction, were discussing the state of affairs for female writers. It was not a happy tale: There is extreme gender inequality in the awarding of literary prizes both internationally, and in Canada.

"I didn't know that Canada was as bad as it is," said novelist Susan Swan, one of the panelists. "I think the situation; I think it stinks. ... I'm frankly ashamed."

Janice Zawerbny, editorial director at Thomas Allen Publishers, was in the audience and was galvanized by what she heard.

"I was shocked and dismayed," she recalled in an interview on Tuesday. "I just felt compelled to take action."

Over dinner with Swan and others in Vancouver this past weekend, Zawerbny hatched a plan – a prize for female writers of fiction in Canada. Back in Toronto this week, she gave it a name: the Rosalind Prize for Fiction.

"I didn't want to put 'women' in the title. I wanted it to be a fiction prize," said Zawerbny, 44. The prize is named for Rosalind, the intelligent, resourceful and witty protagonist of Shakespeare's play As You Like It. A secondary reference is to the British biophysicist Rosalind Franklin, who made critical, but overlooked contributions to the discovery of DNA.

Zawerbny has not had time to iron out the details, but hopes to present the inaugural Rosalind Prize in 2014. She is already thinking about how to attract corporate sponsors for the award.

A month ago, Swan (her most recent book is The Western Light) was unaware of any problem. Asked to be on this panel, however, she did some research and was shocked by what she found: Seven of 19 winners of the Giller Prize have been women. And about a third of the winners of the Governor-General's Award for English-Language Fiction have been women. The Stephen Leacock Memorial Medal for Humour has been awarded to only five women since it was established in 1947. (This received a particularly loud guffaw from the Vancouver audience.)

When fellow Canadian novelist Jane Urquhart suggested Swan check out the Nobel Prize for Literature numbers, the result was more disheartening: Only 12 of the winners since 1901, or about 11 per cent, were women.

Vancouver poet Gillian Jerome has also been doing some counting. Her organization, Canadian Women in Literary Arts (CWILA), undertook a different literary gender count and found that male authors are more widely reviewed in Canadian publications (including The Globe and Mail) than female authors.

"You see those stats and you're like, this is so widely disproportionate; it almost can't be true," Zawerbny said. "Because you think we've evolved ... But we haven't in many ways."

Zawerbny has two male authors on the prize lists this fall: Russell Wangersky (Whirl Away is nominated for the Scotiabank Giller Prize) and Tamas Dobozy (Siege 13 is nominated for the Governor-General's award and the Rogers Writers' Trust Fiction Prize). "Irony of ironies," she said.

In establishing a Canadian prize, she plans to speak with organizers of Australia's new Stella Prize for women's writing (the inaugural prize will be awarded next spring) and the founders of the Orange Prize, now called the Women's Prize for Fiction, after the loss of the title sponsor.

The Orange Prize was established in response to the 1991 all-male short list for the Booker Prize. Worse than the exclusion, co-founder Kate Mosse told the Vancouver audience last Thursday, was the fact that "nobody noticed and nobody commented."

The prize was seen as a way to get female writers attention and improve their sales prospects. (Prizes are huge sales drivers.)

But the prize, to Mosse's surprise, has been labelled by some as sexist and unfair to men.

But when the author of the world's most successful publishing venture went with J.K. over Joanne Rowling because she needed a gender-neutral name for her boy-wizard series, is it so far-fetched, the panelists argued, to think a prize honouring fiction by women might be a good thing?

Still, Zawerbny says she is bracing herself for a similar response to the Rosalind Prize. She will counter any backlash with statistics. "The numbers don't lie," she said. "It's not like I'm fantasizing that women are being given short shrift."

Writers: graduating by the bushel, but can they find readers?
October 21, 2012 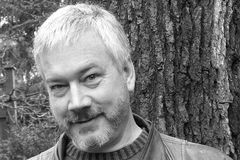 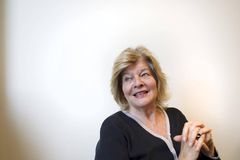 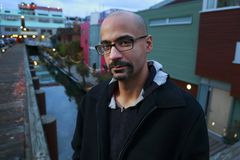