The Betrayers, a new novel by Toronto author David Bezmozgis, was published in the United States on Tuesday. But American readers trying to order the hardcover edition from Amazon.com are being informed that the novel "usually ships within 2 to 3 weeks," a surprisingly long wait for an anticipated new release such as this. The novel's American publisher, however, is Little, Brown and Co., a division of French conglomerate Hachette, and if you know anything about the publishing industry, you'll know the company is locked in a months-long war of attrition with the giant online retailer.

"As an author, you want your books available, that's as simple as it gets," says Bezmozgis, who is midway through a 10-day U.S. book tour. "And to find yourself in the middle of this dispute – it's not a good place to be."

The day before his book was scheduled to arrive in bookstores, Bezmozgis took to Twitter to vent: "Despite obstacles posed by V. Putin & J. Bezos, my novel, The Betrayers will be published in the US tomorrow, Sept 23. Those trying to find the novel on Amazon.com will see they are only offering it in 8 track and wax disk format. To find the book in the US, I suggest your local indie bookstore…."

"[Amazon] styles themselves as the people who make things easiest as possible for their customers," he says, "and the peculiar thing is that now it's their customers and the authors who are suffering the most."

Bezmozgis is one of several Canadian authors caught in the middle as the two sides – one of the world's largest publishing houses and America's largest book retailer – wage an often-public battle over the future of e-book pricing, among other issues. (Amazon wants e-books priced at $9.99.) Yet, north of the border, authors have been rather muted in their criticism. An open letter to Amazon published in the New York Times in August included more than 900 signatures of members of the group Authors United, which is leading the PR battle against "the everything store," but of those only a dozen were Canadians.

One reason might be that Hachette does not operate a publishing arm in Canada; it only distributes international titles.

"It doesn't feel immediate," says Claire Cameron, whose second novel, The Bear, was published by Little, Brown in February. (While hardcover copies of The Bear will ship immediately, Amazon.com is selling them for full price, $25; the Kindle edition is $11.56.) Also, Cameron feels the Canadian market isn't as overshadowed by Amazon as the U.S. market is. "Down there it's so different because Amazon is so dominant," she says. "It's one of those things that makes me appreciate where we live."

Emma Donoghue, whose novel Frog Music was published by Little, Brown in April, said in an e-mail she doesn't track her book sales, "so I really have no idea to what extent the dispute has been affecting Frog Music. I assume it's bad news, so prefer not to inquire. In a general way I am firmly on the side of my publishers and dislike Amazon; the one change I've made is that since the dispute began I've finally managed to wean myself off buying books from Amazon."

For Bezmozgis, who coincidentally won the Amazon.ca First Novel Award in 2011 for The Free World, says that while he is siding with his publisher, "the resolution I want is we find ourselves in a place where frankly authors are in no worse a position than they are right now, that their financial position is no more adverse than it is already, and that customers who Amazon claims to want to service actually get the things they want to get." 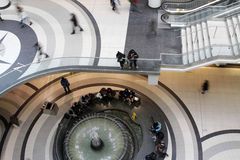 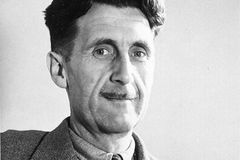 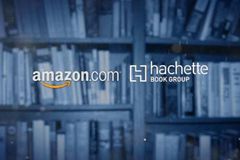