"...The cell is an ideal place to learn to know yourself." - From a letter to Winnie Mandela in Kroonstad Prison, February, 1975

The African continent has always relied on the wisdom of its elders for survival. And though one can only imagine the disruption to this tradition caused by the stain of slavery, nevertheless, the mechanism persists to modernity. Nobel Laureate Wangari Maathai's Unbowed is a measured clarion call to activism and freedom. Her countryman Jomo Kenyatta's Facing Mount Kenya staked enduring social anthropological ground. While mwalimu (teacher) president Julius Nyerere of Tanzania busied himself translating into Swahili Shakespeare's Juliasi Kaizari and The (Merchant) Socialist of Venice.

Great leaders write and while readers accompanied Nobel Laureate Nelson Rolihlahla Mandela on his 1994 Long Walk to Freedom, it is between the covers of his Conversations with Myself that we share the innermost thoughts of the private man almost universally considered to be the world's pre-eminent statesman.

From his earliest professional days as a young Johannesburg lawyer, Mandela has valued the power of the written word, often cautioning about the frailty of memory. While in prison, he wrote assiduously to his family, cataloguing events and buoying their spirits. This, despite many of his letters, models of warmth, wit, charm and connection not being delivered or being censored by an Afrikaner prison guard who "barely spoke English." In this compendium of excerpts from these and other letters, taped conversations, notebooks and extracts from an unpublished sequel to Long Walk, Mandela confides and we, his readers, are immeasurably enriched by sharing.

"One issue that deeply worried me in prison was the false image that I unwittingly projected to the outside world; of being regarded as a saint. I never was one, even on the basis of an earthly definition of a saint as a sinner who keeps on trying," the book concludes.

Born and educated into leadership, Mandela emerges from this chronologically grouped selection as a man unafraid to ask the hard questions while he daily examines and resolves the challenges, doubts and dilemmas of being human.

Was his family's suffering worth the political struggle, he asks?

"I never dreamt that I would never be able to bury ma," he writes to wife Winnie Mandela's stepmother on being denied prison permission to attend his 76-year-old mother's funeral. Likewise, he is racked by grief when authorities ignore his request to bury first-born son, Thembi, dead at 24 in a motor accident.

How did he navigate personal tragedy and injustice to practise daily reconciliation?

As in the meditations of Roman Marcus Aurelius, the answers are here, as is the setting-straight of the record. Though he calmly refuses to wash linen in public regarding his later relationship with much-maligned second wife Winnie, his earlier letters to her show a couple deeply in love. "For more than two years she and I literally lived on honeymoon," he writes to daughter Zindzi of her parents' brief time together before prison.

As a political tactician, he differentiates between the concept of non-violence as tactic and principle. We share his thoughts on consensus-building prior to the ANC decision to embark on armed struggle, then join him "getting practice in demolition" and learning to shoot, braiding together the practical strands of revolution in training camps in Morocco and Ethiopia. Whereas in Long Walk, I occasionally got bogged down in ANC politics, here my interest never flagged.

Extraordinary in its depiction of Mandela's philosophy of reconciliation in his daily and political life, Conversations works on multiple levels as a buoyant, clear mix of thoughts from a precise, legal mind, steeped in the wisdom of his forebears and the literature of the classics - he acted in the Greek tragedy Antigone while imprisoned on Robben Island. His wicked sense of humour often bubbles under the surface, crediting such thespian events with helping him finesse "the necessary dramatic political gesture."

Great leaders are often self-deprecating and Mandela is no exception. In an endearing vignette, he describes stopping off in Goose Bay, where a group of Inuit fans gathers in -15 C temperatures to greet him. He is "rudely shocked, awakened to the fact that my knowledge of the Eskimo [sic] community was very backward because I never imagined that (they) were … just like ourselves." Trademark Mandela, humbled by his ignorance, he remains out in the cold talking with his new friends, subsequently contracting pneumonia.

North of Mandela's Transkei homeland, the Maasai have two proverbs that encapsulate this book: 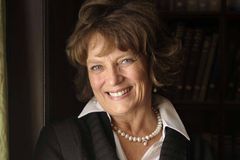 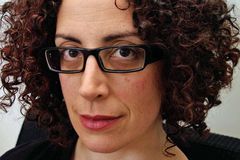 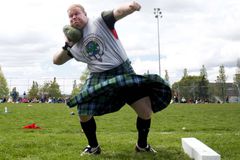