In a decision that will result in the loss of upward of 120 jobs, including that of the company's president and CEO, HarperCollins Canada has announced the closing of its Toronto warehouse, leaving several independent Canadian publishers without a distributor.

"This reconfigures the face of Canadian publishing to some degree," said Howard White, co-owner of Douglas & McIntyre, which currently uses HarperCollins as its Canadian distributor. "This is bad news. I think it represents a devaluation of the importance of the Canadian market."

The Canadian company's CEO, David Kent, who has been there since 2001, will leave at the end of the year.

Iris Tupholme, who has been promoted to senior vice-president and executive publisher of HarperCollins Canada, said the international company is "absolutely standing by" its Canadian publishing program.

"Editorial remains as it has been. We have invested heavily in our editors, and we have an amazing group of people here. The Canadian publishing program is one that HarperCollins, both here and everywhere in the world, is very proud of," she said. "The Canadian publishing program is very important to them, and there's no question but that it will continue. No question at all."

According to a news release on Tuesday, distribution of HarperCollins Canada titles will be handled by RR Donnelley, a large U.S. printer, starting next spring.

"Several years ago, we partnered with RR Donnelley on a global supply chain solution, and this is the next step in the process," Larry Nevins, HarperCollins Publishing's executive vice-president of operations, said in a statement. "We are confident that RR Donnelley will provide the same great experience to our Canadian booksellers that they have today."

Canadian publishers reacted with a mix of shock and sadness.

"I think it's a great loss for Canada," said Rob Sanders, publisher of Greystone Books, which is also distributed in Canada by HarperCollins. "They were good distributors, they were accurate, [and] the people were nice to deal with."

The warehouse, explained Mr. Sanders, not only stored books for Greystone, but took orders from its clients (such as bookstores), shipped them, processed returns and provided sales reports.

"It's a very mechanical part of the business, but not everybody does it well," Mr. Sanders said. "Harper did it well."

Mr. White said that, at the warehouse, which is in the suburb of Scarborough, "everybody knows everybody in the business. You can talk to them and say, 'We need something quick for a book signing,' and they'll bend over backwards to get it out there for you. I can't imagine calling up Indiana [the site of RR Donnelley's distribution centre ] and talking to a global distributor who considers Canada one of its smaller clients and getting anything like that kind of service."

Kelly McKinnon, co-owner of B.C. children's bookstore chain Kidsbooks, called the HarperCollins warehouse "a competitive advantage," adding "the people in that warehouse, in customer service and in everything else, did an outstanding job. Having that warehouse helped me sell more books."

HarperCollins, whose parent company, NewsCorp, agreed to buy Toronto-based publisher Harlequin for $455-million earlier this year, will "work with its distribution clients in Canada to facilitate a smooth transition," according to the news release.

Company spokeswoman Erin Crum would not reveal how many jobs are affected, only confirming it is "the warehouse and a couple [of] production positions."

HarperCollins Canada has three titles on the shortlist for the Scotiabank Giller Prize, the winner of which will be announced on Monday.

"David has been known to go to the wall for things in which he believes," Mr. Sanders said. "Who knows? Maybe that had been a factor here."

An ‘astonishingly high number’ of good books submitted for Giller Prize
May 12, 2018 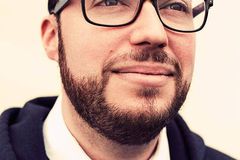 Canadian authors caught in e-book dispute with publisher and Amazon
May 12, 2018 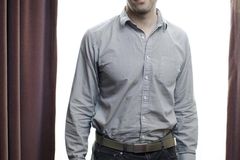 Fall books preview: Authors tell us which books they can't wait to read
May 12, 2018 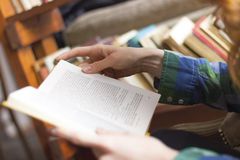