A rather strange thing accompanied the publication of Zero K, Don DeLillo's latest novel: The author himself.

He has (somewhat inaccurately) been branded "reclusive" or "media-shy" throughout the course of his long and incomparable career – both the Los Angeles Times and the Guardian called their recent interviews with the novelist "rare" – but this isn't Thomas Pynchon we're talking about here. By his own standards, DeLillo has been on a whirlwind publicity tour, however, and he touched down in Canada last week for a (rare) appearance at the Toronto Reference Library – his first trip to the city in about 20 years – before heading off to Europe.

"I really have lost my voice," he says by way of introduction, taking a seat on one of the couches scattered around his hotel lobby and placing a cup of tea, which he sips from constantly, within arm's reach. "And I don't know how I'm going to survive Toronto, about four days in London, and three or four days in Spain. I can't do it."

His voice, at least on the page, is as strong as ever – Zero K is garnering some of his best reviews since 1997's Underworld, generally considered to be one of the greatest American novels of the past 50 years. And it's a novel obsessed with the idea of survival – both short-term (how do we make it through the day?) and long (how do we survive death itself?).

"What makes this book different is the fact that the characters hope to transcend death," says DeLillo, wearing a hunter-green button-up shirt, black jeans and sneakers and a blue baseball cap which, when doffed, reveals a shock of white hair. "Not in a religious sense, not in a spiritual afterworld, but literally, physically, technologically."

The majority of the novel takes place in a labyrinthine underground facility somewhere in Central Asia called the Convergence. Jeffrey Lockhart arrives here at the request of his father, Ross, one of the project's principal investors, along with "foundations, corporations [and] secret funding from various governments by way of their intelligence agencies."

The organization – a collection of futurists, geneticists, neuroscientists and various other "ists" – has one goal: to subvert death. It's an ark for the 1 per cent – "Life everlasting belongs to those of breathtaking wealth," says one character. Jeffrey has been summoned to witness the death of his stepmother, Artis, who is dying of multiple sclerosis. Her body will be frozen and placed in subzero storage, waiting for the day when science and technology have progressed to the point where, as Ross tells his son, "mind and body are restored, returned to life." To Jeffrey's surprise, Ross reveals that even though he is in excellent health, he has chosen to accompany his wife into cryonic suspension.

"It all starts with images of one kind or another," says DeLillo, and "once I devised this facility, the Convergence, in that remote part of the world, and began to imagine what happens there, and began to think in terms of the technology that accompanies cryonics – once I did all this, what had to happen … was that there had to be a character who was not ready to die, who was not ill, who chooses to take this path, in this case because he loves his late wife so deeply that he wants to be with her." (DeLillo dedicates Zero K to Barbara Bennett, his wife of more than 40 years.)

This is, as Jeffrey points out in the novel's opening pages, "not a new idea." There exists in Scottsdale, Ariz., for instance, a facility called the Alcor Life Extension Foundation where, for fees ranging from $100,000 for "neurocryopreservation" (just the brain) to $200,000 for "whole-body cryopreservation" – plus various fees and surcharges – you, too, can attempt to cheat death.

("The famous baseball player Ted Williams is there," says DeLillo.)

While "under certain circumstances there's a possibility that at least I would think about it carefully," DeLillo would "almost surely" reject a chance at immortality, even if the procedure was guaranteed to succeed some day in the future.

"Death is such an integral part of our existence that without the knowledge that our lives will end, don't the lives themselves become somewhat meaningless?" he says, echoing the words of one character ("What's the point of living if we don't die at the end of it?" a monk who works for the Convergence asks Jeffrey). "Isn't death what surrenders meaning to everything we do, day-by-day?"

DeLillo turns 80 later this year and is, by his own admission, slowing down. While he says he doesn't think about the end of his life, he does think about what aging means to his writing career. ("Do I have something left? And if I don't, how will I feel about that since I've been doing it for so many years? I don't know the answer.") He published his first novel, Americana, in 1971, and has written 17 in all, plus three plays and a short-story collection, 2011's The Angel Esmerelda, his last book.

Looking back on his early books he sees "an optimism and a vibrancy in my work that I'm not sure is still there. I'd like to think the sentences still hold up, page by page. But otherwise, it's a little different. Everything was ahead of me when I was 40, particularly since I started late – I didn't publish my first novel until I was 35, I think, or even a little older. So in the 1970s, I was roaring through the decade publishing novels – five or six. And then I came to my senses with The Names and then things slowed down. And I'd like to believe the novels became more interesting, deeper, and better written from that point on. But it's hard for me – I can remember the experience of writing a novel better than I can remember the novel and the characters in it."

("I remember it so poorly," he says when I ask about his 1985 postmodern masterpiece White Noise; "I can barely remember the names of one or two characters," he says of 2010's Point Omega, his last novel.) Speaking of which, the gap between Point Omega and Zero K is the second-longest of his career.

"So what have I been doing?" he interrupts, then laughs, before I can ask a question. "It took almost four years and it's just average size, barely. Underworld took five years and it's about four times longer. So why is that the case? Is it because I'm older? That must be part of it. Did I do more rewriting? I think I probably did. I have a huge stack of draft material literally about this high." He raises his hand to about the height of the table. "But I haven't had an experience in which I've had to abandon a novel."

When pressed, he admits there was "one short manuscript, maybe 50 pages, that I wrote when I was in college," but you won't find it with the rest of his papers at the Harry Ransom Center at the University of Texas at Austin.

"Once I get going, I do feel that nothing can stop me," he says. "I'm confident in the sentences I write, and when I lack confidence then I write new sentences. It's as simple as that." 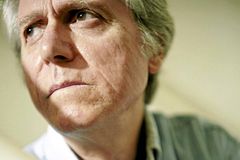 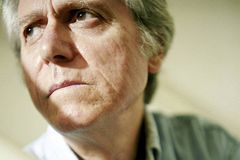