Rati Mehrotra's debut novel, Markswoman, is the first in a duology of post-apocalyptic fantasy books revolving around an elite warrior named Kyra and her sisterhood of knife-brandishing assassins. Born and raised in India, Mehrotra crafted the book – deemed "enchanting" and "fast-paced" by Library Journal – in the evenings while working full-time as an environmental economics consultant. She lives in Toronto.

You trained as an economist, worked in environmental policy and spent time based at the World Conservation Union in Switzerland. Why on earth did you become a fantasy writer?

I know. It's totally different from my academic pursuits and my professional life. But this is where my passion is. As a kid, I read voraciously. I've been reading since the age of 3. Science fiction and fantasy, I got into in my early teens. I never pursued the arts as an academic or a professional field, because, hey, I was raised in India to very strict Indian parents, "You're not going to get a very good job in the arts," was their take on it. And maybe at that time, decades ago in India, that was true. But no regrets. I was able to pursue my writing anyway, except that it's a struggle. I generally write at night when everyone's asleep.

Meditation is important to the book. Do you meditate?

I do. I'm not very good at it. I find meditation very helpful in calming myself. Even all the martial arts that I have done – I've done karate. I do tai chi. I do yoga. I find all of these are like a moving meditation, if you're doing them with a calm mind. Even taking a walk in the park can be meditative. I also do some breathing exercises, which are helpful. I should probably do them more regularly.

You sure do have a flair for violence. Did you pull from that combat experience?

Yes. I did shotokan karate some years ago when I was living in New York. Whatever I learned from my teacher, it's really informed my writing of fight scenes. I have never used a dagger, so I did have to research that, but when you're talking hand-to-hand combat? Yes, it was definitely helpful.

The inspiration for Markswoman started with the Hindu goddess Kali, slayer of demons. Were you always drawn to Kali?

You could say I've always been drawn to mythology. I grew up hearing Indian mythology stories. Every year, in my grandmother's house when we celebrated festivals, she would tell us these stories all over again. That's how I got hooked. The goddess Kali, I wasn't drawn to her as a child, but when I became a young woman. There's so much about her that appeals to me. She is like the epitome of feminine power.

Let's have a little literary sacrilege – can you think of a beloved fantasy book you were never able to embrace?

Yes. The Name of the Wind by Patrick Rothfuss. It's very popular, very highly rated. It's a beloved book in fantasy. I have read it but I was never able to get into it. I didn't enjoy it very much. It's very long and very similar to another book that I actually do love: A Wizard of Earthsea by Ursula K. Le Guin.

As a writer, what do you wish you did better?

I wish that I was better at lyrical descriptive prose. I wish I could write more beautiful sentences. I'm impatient as a writer. I like to get things done and finish what I have started. I'm really good at action and dialogue. But then I find that I have to go back and put some description, because setting is important. A reader has to be able to see the world that you are painting. I really admire writers who can do this well.

You spent eight years writing this book. Did you ever tire of it?

I don't think "tired" is the word. I never had any professional training. I've never taken a creative-writing class. I've read a lot of books, but I never learned how to write. This book taught me how to write. The point that was most depressing was when I was getting a lot of agent rejections. If you want to traditionally publish a book with any of the big five publishers, you need an agent. I was quite firm in my mind this was what I wanted. So I didn't give up.

Outside of your publisher and literary types, who was the first person to read the book?

My sister. She was my first reader. That really helped, because she could tell me without hesitation where my writing sucked. 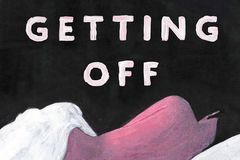 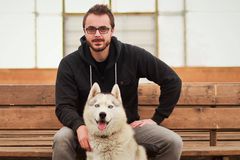 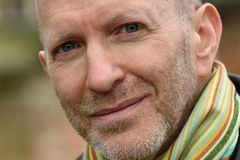