If Celia Franca were alive to read this wonderfully candid book about her, no doubt she would hate it.

The British-born founder of the National Ballet of Canada had a phobia about people knowing too much about her, learning early on to create a flamboyant persona to distract from the truth of her origin as the daughter of poor working-class Jews in London's rough-and-tumble East End.

It's not that this former ballerina with more spit than polish feared the spotlight – far from it.

She just needed, always, to be in control.

Being authoritarian was both a blessing and a curse, at least as revealed by this biography, the first written on this matriarch of Canadian ballet, and largely because Franca herself vetoed earlier attempts by demanding of publishers the final say on what could be said about her.

Luckily, Toronto-based dance scholar Carol Bishop-Gwyn has skirted around this imperious command by publishing four years after Franca's death in 2007 at the age of 86.

Writing her book, Bishop-Gwyn ironically received much invaluable help from Franca herself in the form of tapes made in the early 1990s by the late Frank Rasky.

The former Canadian Jewish News entertainment editor interviewed Franca for a biography that never made it past their arguments over disputed facts; Bishop-Gwyn relies heavily on these irritable and irate conversations, often quoting Franca verbatim on such contentious matters (for Canadian ballet aficionados anyway) as who founded the affiliated National Ballet School, Franca or her one-time loyal and admiring sidekick, the late Betty Oliphant.

Franca, not surprisingly, toots her own horn: "No, it was my goal. Let's get that one straight. Betty was helping me. She approved of what I was doing. She could see what I was leading to and she was helping me achieve that goal."

Bishop-Gwyn also presents Oliphant's side of the story, and it makes for poignant reading; Franca does appear to have skewered her former friend, just one among many. She also sacrificed three husbands and her health. Her excuse was always that she did it for the company.

Franca was ruthless, devious, manipulative, callous and prone to smoking and, especially, drinking too much. She was also a Canadian ballet pioneer both driven and proud, a diva of the highest order.

It is this nuanced portrait that makes this ballet biography a must-read. So many ballet biographies veer often in the direction of sycophancy, making them rarely reliable as documents of objective truth. But this one is both superbly insightful and judiciously written, despite an embarrassing number of spelling mistakes. (For the record, it is Françoise Sullivan, not François Sullivan; Robert Desrosiers, not Robert Desrossiers; Deirdre Kelly, not (ahem) Deirde Kelly – just saying.)

There were two other classical dance troupes in Canada when Franca arrived in 1951 to create a Toronto-based company at the request of three local society women married to men of means. The Royal Winnipeg Ballet, the country's oldest ballet troupe, and Montreal's Les Grands Ballets Canadiens, which was the most avant-garde, were then creating homegrown ballets that reflected regional themes, putting them more in touch with Canadian sensibilities than Franca's imported and parochial British ballet style did. But Franca arrogantly persisted in assuming that her upstart company was superior.

A fascinating part of this well-researched book details Franca's fight for supremacy through the fledgling Canada Council, which, in 1961, invited a trio of formidable ballet observers to help Ottawa decide which companies, if any, to support financially.

Lincoln Kirstein, the American philanthropist who brought George Balanchine to North America to found New York City Ballet, wrote in his report that Franca was so far out of her league that the plug should immediately be pulled on the National Ballet, because it would amount to nothing.

English critic Richard (Dickie) Buckle, while professing to be Franca's friend, said essentially that Canadian ballet was an oxymoron, that it was "quite incompetent to deliver anything that would be interesting on a normal international level."

The public was never made aware of these scathing critiques. Franca knew, but for her it was all part of the bitchy, backstabbing world of the ballet about which she, as one of its principal players, was all too familiar. She ultimately steered her company through these obstacles strewn in her path, fighting tooth and nail – and also Rudolf Nureyev, an especially eye-opening chapter – every inch of the way.

The National Ballet is a lasting testament to her tenacity and ambition. It's her blood staining the pointe shoes.

Toronto-based dance critic and Globe and Mail staff writer Deirdre Kelly is the author of the bestselling memoir Paris Times Eight and of Ballerina, a backstage history of ballet's leading dancers, to be published later this year. 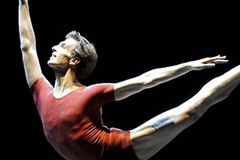