The War that Ended Peace by Margaret MacMillan, one of the most recognized and respected historians in the English-speaking world, comes with much expectation. Her 2003 worldwide bestseller, Paris 1919, won many distinguished awards and was one of the handful of non-fiction books in a given year that become must-reads for everyone, from the intelligentsia to the historically minded general reader. In vivid word portraits and deft turns of phrase, MacMillan captured the complex diplomatic machinations in the aftermath of the Great War as the victors at the 1919 Peace Conference at Versailles sought to punish Germany and its allies, while remaking the modern world in ways that affect us still.

Now, in this book-end to her story of 1919, MacMillan offers an equally evocative recasting of the interplay of European diplomats, emperors and senior military officers all manoeuvring for power and prestige in the years of peace before all-out war in 1914. The Great War, which raged from 1914 to 1918, would kill 9 million, maim 15 million more, destroy four empires, usher in communism and fascism, cement the rise of the United States as an industrialized power and contain, in its dying embers, the sparks for the Second World War. Few had anticipated the Armageddon unleashed. British wartime Prime Minister David Lloyd George later wrote, "The nations slithered over the brink into the boiling cauldron of war without any trace of apprehension or dismay."

Yet MacMillan, who is the great-granddaughter of Lloyd George, argues that there was nothing inevitable about the war, and she lays out in superb detail the personalities of power – from kings and aristocrats to foreign ministers, peace advocates and military leaders – and the choices they made, or neglected to make, that contributed to the start of the war in August, 1914. MacMillan takes us back to the mid-19th century, examining treaties and wars, arms races and the scramble for colonies, as well as the rise and fall of nations undergoing rapid change in the throes of new modernist visions and social movements, all set against a backdrop of industrialization, urbanization, and growing democracy.

She draws together the divergent threads that motivated the decision makers in the lead-up to war. For isolated Britain in the aftermath of the costly and embarrassing South African War (1899-1902), its ministers and admirals feared Germany's desire for a "place in the sun," especially the kaiser's naval arms race, which he believed would lead his nation to greatness while threatening Britain's empire based on sea power. France's decision makers exhibited a fierce pride to regain their nation's former glory and to exact revenge for its humiliating defeat at the hands of Germany during the Franco-Prussian War of 1870-1871. Russia, the behemoth of Europe, with close ties to other Slavic nations in the Balkans, especially the Serbians – who unwisely flaunted their growing independence in the face of the decrepit, yet still dangerous, Austrian-Hungarian Empire – played a critical role in leading to war. Germany, with its unstable Kaiser Wilhelm II, the oddest of all the intermingled and inbred royalty of Europe, both wanted war and feared its consequences. New treaties and old grievances, when combined with hard-liner ultimatums and dangerous complacency, all set Europe on the march to war.

MacMillan cautions against reading history backward through time and resists the easy temptation to see all the puzzle pieces coming together in a kind of inevitability about the past. In Europe and throughout its contested colonies, MacMillan illustrates how other crises and wars had been avoided or contained, and many assumed the assassination by Serbian-backed terrorists of the Austrian archduke, Franz Ferdinand, in June 1914 would be no different. But it was. The nations of Europe could have pulled back from the brink, but most failed for fear of looking weak or for being entangled in complex treaties to support other nations. As the Russian prime minister summed up, "We do not want a war, but do not fear it."

As we close in on the commemorations and celebrations during the 2014 to 2018 period that will mark the 100th anniversary of the Great War, Europe is a far different place than the one MacMillan has written about in this book. We should not expect much finger-pointing in 2014, as national speakers in all likelihood will skip lightly over the reasons for the war. I suspect that the war will be described as some nebulous event that was nobody's fault, like a pestilence that swept over Europe, and then the world, killing millions. Of course, it wasn't. There were actors, nations, diplomatic and military systems that marched Europe to war, with Germany and Austria-Hungary most guilty, although each of the Great Powers of Europe brought its own kindling to the continent's funeral pyre.

One hopes for the future that MacMillan's reading of the past is correct – that peace could have prevailed and that war was not inevitable, for the Great War's 9 million dead still stand as a haunting spectre to bungled actions, rigid mobilization plans, tragic brinksmanship and failure of diplomacy in the final months before the first shots were fired. If we forget that lesson, future wars will always beckon.

An American Bride in Kabul: ‘I once lived in a harem in Afghanistan’
October 25, 2013 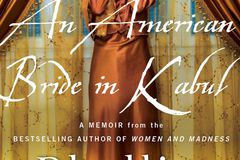 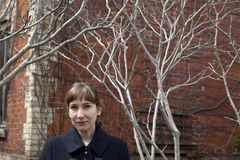 A matter of facts: The Charles Taylor Prize finalists on truth, history and writing
March 1, 2013 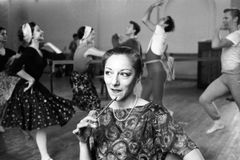 Prisoner of Tehran: The inside story of its publication
March 9, 2012 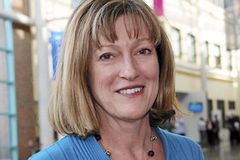 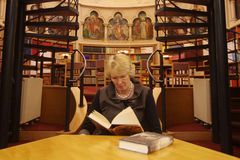 Margaret MacMillan is mixing it up
April 24, 2009
Follow us on Twitter @globebooks Opens in a new window
Report an error Editorial code of conduct
Due to technical reasons, we have temporarily removed commenting from our articles. We hope to have this fixed soon. Thank you for your patience. If you are looking to give feedback on our new site, please send it along to feedback@globeandmail.com. If you want to write a letter to the editor, please forward to letters@globeandmail.com.
Comments