Sheila Heti: I find most books still shockingly prudish. Can we try to understand why this is?

Susan Swan: Does it come from a traditional Christian suspicion of the body? Let's face it: Canada has a long tradition of Presbyterian Scots who saw sex and the body as sinful.

I'm reading Fifty Shades of Grey – not just for entertainment, but to see if its depictions of women having orgasms resonates with me. Usually, with such books, there is a degree of faux artifice that follows the portrayals of sex in Hollywood movies. Many women writers fall into writing a version of that. First, one or two kisses, some gropings and then mutual orgasms. I think this romance code is a hard thing to shake. Maybe both men and women long for sex to be snappy and smooth, or women still hesitate to tell men that getting them aroused takes longer than it does for a man.

Zoe Whittall: I think if the writing is good in and of itself, and you respond to it, then it's good sex writing. There is no fixed way to write sex well, just as there are no fixed ways to write a job interview or a car explosion well. If you've avoided the clichés and are being real and aren't all freaked out as a writer about what you're writing, then that is a place to start. So if bored housewives are scandalized by mild S/M in Fifty Shades of Grey, but I find it tame, that's just the way it is.

Swan: When it comes to bad sex writing, I think the reason most men are going to have a trickier time coming up with compelling, authentic descriptions of women's experiences of sex is a lack of knowledge about female nature. Both sexes are still discovering what female nature is. Traditional attitudes to women, reflected in 19th-century science, have been based in prejudice or wish fulfilment, so how could male writers get it right? When I was a young woman, feminist theory insisted that women weren't that different from men. Now researchers like Louann Brizendine, in her bestseller The Female Brain, says that the neurochemical make-up of women makes us very different from men, in the ways we experience language, being a parent and sex.

Whittall: Theorists like Brizendine are popular because they simplify gender and use some easy-to-dispute neuroscience to traffic in stereotypes and reaffirm from a biological-determinism perspective that all women feel one way about sex and all men feel another. Gender isn't fixed in this way.

Heti: One of my favourite books about sex is U.S. writer Chris Kraus's I Love Dick. What excited me about her approach is that the book is so suffused with desire, yet the characters have sex only once, late in the book. I like it when a writer shows sex as embedded in life. This is different from "sex scenes," which read weird to me. Sex is so much closer to our humanity than scenes. It's as if writers put in "thinking scenes" or "relating scenes."

Swan: I think that's why Henry Miller wrote about sex so well. He was trying to say, this is how I experience life, and myself with my favourite women.

Whittall: I think we have to step back and look at the cultural reality of where we live – a deeply sex-phobic and slut-shaming world which still wants to portray women as scared of sex, or as unwilling participants in a world where mens' tastes rule. Or women are rabid beasts. There is very little room for nuance or reality.

Heti: The HBO show Girls is doing a lot there. I was talking with my friend Misha Glouberman about the relationship the Lena Dunham character has with her boyfriend; he's not that respectful of her. I think we live in a world where women are shamed for engaging in potentially risky, "destructive" or dangerous romantic or sexual scenarios, as though we can be so easily damaged. But with Lena's character – you can't see that potential for damage. I think it's a way of warning women from experiencing the world. Yet going into all of life is the most useful, important and strengthening thing a person can do.

Swan: A new\ generation is helping to change perspectives about women's sexuality. But I think the outspoken quality of the writing of my generation is what has made it possible for writers like you and Zoe to have the expectation that writing about sex is part of writing about humanity, a legitimate literary subject. You aren't fighting for the right to have your say – you're just saying it and wondering why others get perplexed. That's pretty remarkable. How do you approach writing about sex?

Whittall: I think sex is deeply hilarious a lot of the time. One of my favourite sex scenes was inspired by a roommate of mine, who came home and told me about hooking up with a girl who smoked during sex. That stuck in my mind as such a funny image. So I wrote that into a scene. I think if something is funny, I can write about it a lot easier than if I'm trying to make something sexy, cause that can just go so wrong, so fast.

Heti: I agree. I think I would be quite intimidated over writing sex passages if my point was to turn people on; I'd worry about failing in that. But that's never why I write about sex.

Whittall: My last book was reviewed really oddly – more than one reviewer described the characters as "promiscuous," and many talked about how often the characters had sex. But there are only two sex scenes, both under two paragraphs. I think that novel gets talked about that way because one of the characters is a trans man, and there is a love triangle featuring two bisexual femme women. Those identities are automatically sexualized by reviewers.

Whittall: There have been tons of books with honest depictions of sexuality by queer writers, but they are rarely, if ever, considered legitimate by the mainstream literary world. Straight readers aren't expected to universalize to queer characters, even though queer readers universalize to straight literature all the time. I received an e-mail recently that read, "I didn't realize this was a gay book, I wouldn't have picked it up if I'd known, but I did and I loved it and could relate anyway."

Swan: How do you work, knowing people may be put off by the fact that you're gay? Do you write as if the world doesn't have those prejudices?

Whittall: I try not to be too aware of the audience while I write initial drafts, but that awareness can't help but influence my choices sometimes. I'm also glad that straight authors are starting to include queer characters in their work; although I will say I don't enjoy the level of congratulations they get for being "edgy" or tackling "difficult or fascinating subject matter."

Swan: Early on, I made a promise to myself to try to write as honestly as I could about sexuality because I couldn't find many authentic literary descriptions about how women experienced sex. This gave me a reputation for writing about sex and I had some obscenity charges thrown my way for The Last of the Golden Girls. William French trashed it in the Globe and Mail, but critic Alberto Manguel thinks it's my best book because it's so unmediated, more or less unshaped and raw.

Whittall: I love that you had obscenity charges thrown your way – how hard-core – although, in all seriousness, that is so sad at the same time.

Swan: Under the Canadian legal definition, obscenity is something that offends community standards. The charges were discouraging.

Swan: In a sense, you are right, Sheila. To experience an actual obscenity charge, though, is like getting a wacky, mean-spirited review, because it's coming from people who have misunderstood my intent. That always feels bad.

Heti: Men often tell me they had a particularly hard time with the sex passages in my book, but not one can really explain to me why. Susan, I'm sorry it felt bad. I vividly remember reading The Last of the Golden Girls when I was 14 or so – being in the hot sun in a bathing suit by an outdoor public pool, totally rapt.

Swan: Well said, Sheila. And is there ever a conclusion to a discussion about writing about sex? Except that most writers just want to do it well, as well as we can in our different ways, and not be called smut peddlers.

Sheila Heti's most recent novel is How Should a Person Be? Susan Swan's novel, The Western Light, which shares a heroine with The Wives of Bath, will be published in late summer. Zoe Whittall's latest novel is Holding Still for as Long as Possible.

Poems of Sappho. This 6th century B.C. poet focuses on passion and love for various persons and both sexes. Only fragments remain of her considerable opus.

Fear of Flying, by Erica Jong. This 1973 novel by Erica Jong was enormously influential and famously controversial for its attitudes towards female sexuality (think "zipless …")

Kathy Goes to Haiti, by Kathy Acker. This 1978 novel details a young woman's sexual adventures on vacation. But, really, almost any of the punk experimentalist's gender-busting fiction will do.

The Sexual Life of Catherine M., by Catherine Millet. Edmund white called this 2001 memoir by a French art critic 'the most explicit book about sex ever written by a woman."

Lie with Me, by Tamara Faith Berger. A novel that is half literary fiction (quotes Ovid) and half young woman's sexual fantasy. Filmed by Clement Virgo relatively explicitly.

Sugar in My Bowl: Real Women Write about Real Sex, edited by Erica Jong. A wide range of women makes for a ferocious, frank and funny collection of essays and fiction and celebrating female desire. 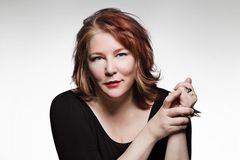 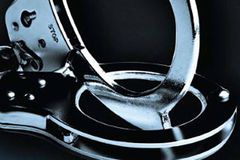 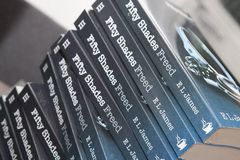 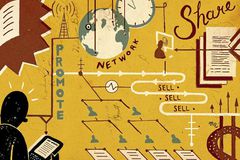