After three days of punishing criticism, the editor of a leading sports blog affiliated with ESPN has apologized for publishing a story about the transgender inventor of an unusual golf putter.

The case raises questions about the difficulty of media outlets reporting on members of a minority community without having members of that community on staff.

On Monday night, Bill Simmons, the editor of Grantland, issued a startling mea culpa for publishing "Dr. V's Magical Putter," a 7,700-word piece about Essay Anne Vanderbilt, the enigmatic inventor behind a little-known golf club known as a Yar putter.

Author Caleb Hannan had written that, while trying to report on the origins of a quirky new putter, the truth about its inventor proved elusive: He could find no evidence of the academic credentials Vanderbilt claimed, including attendance at the Massachusetts Institute of Technology and an MBA from the Wharton School of Business. He could not confirm her claims that she had worked for the U.S. Department of Defense on projects such as the stealth bomber.

He also discovered Vanderbilt had lived the first 50 years of her life as a man named Stephen Krol.

The story concluded with the fact that Vanderbilt had killed herself last October, not long after Hannan had challenged her to tell the truth about her biography.

On Monday, Simmons issued a 2,700-word apology to readers, saying Grantland had failed in manifold ways. While noting that the piece had been widely praised in the two days after it had been posted last Wednesday, reader sentiment had turned quickly last Friday. "Caleb started getting death threats," Simmons wrote.

He added that he had started Grantland, which since its launch in 2011 has become a favourite of readers interested in long-form sports writing, to find and develop promising young journalists such as Hannan, who is 31. "That's why it hurts so much that we failed him."

Simmons said that he blamed himself for publishing the piece, because it had not occurred to him that it might be taken as transphobic. "We made one massive mistake," he wrote. "Someone familiar with the transgender community should have read Caleb's final draft." If they had done so, said Simmons, they might have noted the story's sensitive aspects that had gone undetected by Grantland editors.

"I realized over the weekend that I didn't know nearly enough about the transgender community – and neither does my staff," wrote Simmons. "I read Caleb's piece a certain way because of my own experiences in life."

To that end, Grantland published an accompany critique of Hannan's piece by Christina Kahrl, a writer who covers baseball for ESPN.com and is a member of the GLAAD board of directors who also identifies as transgendered. Her criticism of Grantland's "casual cruelty" was unsparing. "By any professional or ethical standard, [Vanderbilt's sexuality] wasn't merely irrelevant to the story, it wasn't his information to share," she wrote.

Karhl went on to say that Hannan's piece reinforced negative stereotypes about trans people, for whom there are too few positive models. "In entertainment, we can revel in Laverne Cox's breakthrough performance on Orange Is the New Black," she wrote, "but we also have to sit through watching Jared Leto make an unsympathetic ass of himself while taking bows for his caricature of a trans woman in Dallas Buyers Club." 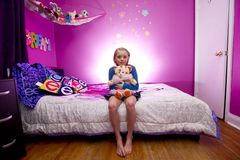 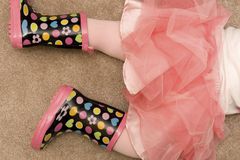 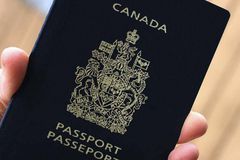 Is Jenna Talackova the new (transgendered) Mary Tyler Moore?
May 8, 2013 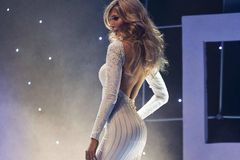