Here are 11 great books to get young readers off to a fantastic start reading this year.

Geneviève Godbout’s first picture book, What’s Up, Maloo? (Tundra Books, 3-7) is a timely book given the terrible fires sweeping Australia and the devastating effects on the county’s wildlife. Kangaroo Maloo has always loved to hop but suddenly he can barely put one paw in front of the other and his animal friends, Wallaby, Crocodile and Koala, desperately want to help him out. But even with all their wonderfully imaginative ideas, will Maloo ever want to hop again? Godbout’s gentle pastel and pencil illustrations perfectly capture the emotional resonance of Maloo’s dilemma and his friends’ concerns.

Both My Head in the Clouds by Danielle Chaperon, illustrated by Josée Bisaillon (Orca Book Publishers, 3-5) and Bon Voyage, Mister Rodriguez by Christiane Duchesne, illustrated by François Thisdale (Pajama Press, 4-7) take readers on fantastic journeys. You can explore the world with the intrepidly curious explorer in Chaperon’s delightful rhyming picture book, travelling by balloon from Montreal’s Olympic Stadium to the Grand Canyon, the Taj Mahal or Machu Picchu. Bisaillon’s delightful cut paper, pastel, watercolour and pencil illustrations add just the right touch to an amazing expedition. Or perhaps, you’ll be waiting at 4 p.m. as Mister Rodriguez sets out for his daily walk and the most fantastic things happen – he might float down the street with a fishbowl on his head, help out a weary cat with a pair of white wings or appear on the street on the top of a grand piano. Thisdale’s acrylic illustrations are the perfect magical accompaniment.

In The Mystery of the Portuguese Waltzes by Richard Simas, playfully illustrated by Caroline Clarke (Running the Goat Books & Broadsides, 7-12), Tamara struggles to play her accordion in public – while she’d love to win Accordion Idol, she’s afraid she’ll never have the courage. But a chance encounter with an old accordion player opens up a new world as she discovers both something about the music she loves and the story of the late great Art Stoyles and his role in bringing the music of Portuguese fishermen to Newfoundland’s folk music scene.

If biography is your thing – here are three wonderful picture books that might provide just the right inspiration for curious young minds. A Pocket of Time: The Poetic Childhood of Elizabeth Bishop by Rita Wilson, illustrated by Emma FitzGerald (Nimbus Publishing, 6-9) whisks readers back in time to the famous American poet’s childhood in Great Village, N.S. It’s full of Bishop’s poetry and exquisitely captures the wonder of her childhood. FitzGerald’s collage illustrations add just the right touch of whimsy to this fantastic picture book biography. It Began with a Page: How Gyo Fujikawa Drew the Way by Kyo Maclear, illustrated by Julie Morstad (Tundra Books, 4-8) is a love letter to the work of the Japanese children’s book writer and illustrator whose book, Babies, changed the way that we think about picture books. Babies was one of the first picture books to include children of all races at a moment when civil rights was just gearing up in the United States. It’s a book about the passion to create and to challenge preconceptions, about a writer whose books are still loved by young readers but whose story hasn’t been told. Morstad’s watercolour, pencil and gouache illustrations perfectly mirror Fujikawa’s inventive work. You Are My Friend by Aimee Reid, illustrated by Matt Phelan (Abrams Books for Young Readers, 5-8) is a beautiful telling of the story of Fred Rogers and the brilliant television series he created. Reid’s simple text is beautifully enhanced by the soft touch of Phelan’s playful watercolour and pencil illustrations – it perfectly conveys the simplicity of Rogers’s message, “You are important. You are valuable. You are enough – just as you are,” in the context of his life and work.

Nutaui’s Cap by Bob Bartel, illustrated by Mary Ann Penashue, translated by Sebastian Piwas, Stella Rich and Mani Katinen Nuna (Innu Education and Running the Goat Books & Broadsides, 6-12) is a powerful and passionate picture book, published in English and two dialects of Innu-aimun, that celebrates UNESCO’s International Decade of Indigenous Languages. Bartel simply tells the story of protests against low-flying NATO jets over traditional Innu territory in the late 1980s from the perspective of young Nanass, whose family’s traditional way of life is disrupted and threatened, movingly capturing the sense of outrage that the Innu felt, and continue to feel, over the lack of Canadian government response. It’s a story about protest and how important it is for young people to be activists.

Being environmentally aware is something that is especially important in this new decade. Watch It Grow: Backyard Life Cycles by Barbara Reid (North Winds Press, 4-8) combines a simple and accessible text with Reid’s incredible Plasticine artwork. Young readers can watch with delight as a monarch butterfly “grows” from a caterpillar, a tadpole becomes a frog, a big beautiful sunflower grows from a tiny seed and a mighty oak develops from an acorn.

Spur: A Wolf’s Story is Eliza Robertson’s debut picture book, beautifully illustrated by Nora Aoyagi (Greystone Kids, 5-9). When Spur and her pack are the victims of a wolf cull, she’s separated from her family and, in particular, her brother. Alone and afraid, she attaches herself to another pack but always hopes to find her family. Robertson’s text is both poetic and deeply moving but full of the details that give young readers a sense of how wolves live in the natural world. Aoyagi’s acrylic gouache and pencil illustrations perfectly capture this amazing world.

Tanna’s Owl by Rachel and Sean Qitsualik-Tinsley, illustrated by Yong Ling Kang (Inhabit Media, 5-7) perfectly captures the sense of connection between the Inuit and the Arctic environment they live in. Based on Rachel Qitsualik-Tinsley’s own childhood experience, it’s a story about how much work is required when you have an owl as a pet – feeding it, cleaning up after it and making sure that you’re not scratched by its sharp claws. What’s even more frustrating is that Tanna’s owl, Ukpik, doesn’t even seem to recognize how much work she does to keep her happy. But when Tanna leaves for school, she finds, surprisingly, that she misses Ukpik. But does Ukpik miss Tanna? 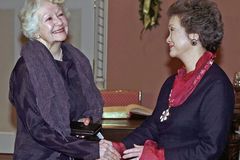 Andrew Clements, 70, was a children’s author praised for his authentic portrayal of the classroom
December 22, 2019 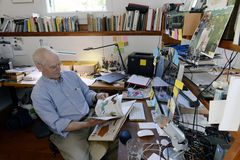 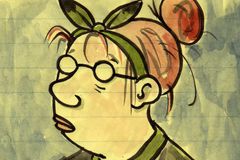