They may deal in different eras – Janie Chang’s books are set in China before the First World War, while Kate Quinn has written about ancient Rome, Renaissance Italy and early 1900s France and England – but both authors take inspiration from what women were doing at various points in history. It’s an impulse that feels firmly grounded in our current moment – as critic Megan O’Grady argued in The New York Times’ T Magazine, “literary authors are increasingly looking back, not to comfort us with a sense of known past, or even an easy allegory of the present, but instead – motivated by a kind of clue-gathering – to seek reasons for why we are the way we are and how we got here, and at what point the train began to derail.”

That approach is resonating with readers. According to Booknet’s 2020 Leisure and Reading Survey, historical fiction is the second-most popular genre with Canadian readers. Vancouver-based Chang, and Quinn, who lives in San Diego, both released books during the pandemic – Chang’s The Library of Legends came out last April, while Quinn’s The Rose Code was just released in March. The authors spoke with The Globe about the similarities between historical fiction and sci-fi, publishing books amid a pandemic and why they always ask “What if?”

You both released books at different points during the pandemic. What was that like compared to your past release-day routine?

Kate Quinn: The only thing that was difficult was this is the first launch I’ve spent totally alone. Normally, I would have lunch with whichever of my writer friends has an afternoon free. Basically, the friend’s job is to take my phone away and stop me by any means necessary, including handcuffs, from hitting refresh on my Amazon sales ranking. That’s something we do for each other. I had a couple of virtual events – a radio slot to call into and a podcast – but other than that, I had no one to take the phone away, so I was hitting refresh a lot.

Janie Chang: I wish my book had come out later during the pandemic! When it first came out, everybody was throwing their hands up in the air and running around going, “What do we do? What do we do?” Normally, I would throw a big launch party in Vancouver for all my friends, and my local independent bookseller would be there, and I’d sell a ton of books in the first week. But now I think people are really used to Zoom – both the audience and the people producing [virtual events].

What attracted you to historical fiction?

KQ: My mother was a librarian and also had a degree in ancient medieval history, so when I was a kid, I was watching I, Claudius instead of the Disney Channel. I was a history nerd from a young age, and I continued to gravitate toward the past as soon as I wrote my own stories.

KQ: Historical fiction and science fiction are actually closer than you might think. With historical fiction, we’re using the lens of the past to look at common problems of humanity, and when you look at science fiction, that’s using the lens of the future. When I am inspired to write a novel, it’s not with some grand idea of, “Oh, I’m going to do a subtle examination of the problems that have plagued women in the past and continue to plague women in the present.” But these issues tend to rise up. What I find most intriguing about historical fiction is that it’s a way to look at the past – and yet examine how things have changed, or how they have stayed the same for us in the present.

JC: I think that in both science fiction and historical fiction, you’re exploring the question of “What if?” Of course, you have a much broader range in science fiction. But for us in historical fiction, the “what if?” is: “This is what it says in the history books. But what is not being documented in academic history? What if this was what was going on?” Sometimes we get comments like, “Oh, I wish her characters could be more feminist.” But you know, feminists in the 18th century are not the same as feminists in the 21st century. If you do have a very progressive-minded young woman, you need to make it plausible as to why.

KQ: History quite often tells you what happened, but it won’t tell you why something happened. Women are often in the cracks of history – they’re rarely in the bold strokes. So that’s one of the questions I asked myself, whatever period of history I’m looking at: What were the women doing? And what were they feeling about it?

It’s also about the details. I saw an interview where Kate explained that a detail that will take a person out of the story is if you say the zipper is on the side when it was actually on the back of a dress. How do you find that sort of information?

JC: What I find useful is to read novels by authors from that period. You want your readers to understand people’s attitudes, and you find that in the way that characters in those novels speak to each other, what they’re outraged by, what amuses or titillates them. Because the last thing we want to do is end up with a book that reads like a social studies textbook.

KQ: Letters are also a wonderful source, because many letters have been digitized. Sometimes it’s amazing to see the things that people wrote. You sometimes think, “That sounds amazingly modern.” It speaks to the idea that many things about the human experience are universal and it’s dangerous to assume that so-and-so would not have this attitude because it’s an old-timey person and that’s not an old-timey attitude.

A lot of historical fiction is set in Europe, but I haven’t read as much set in other places around the world. Do you think readers are more interested in different places and cultures now?

JC: I know that I get a lot of messages saying, “Gosh, I’ve read about World War Two, but [the story] has always been set in Europe.” Or after reading The Library Of Legends, they’ll say, “I didn’t realize that China’s Second World War began in 1937 with the Japanese invasion,” and so on. I think that people and publishers are always trying, but I definitely know that it’s harder for my publishers to market my books.

Why do you think that is?

JC: Well, a vanishingly small percentage of authors of colour are being published. I’m just hoping that enough excellent work gets published, and that people will decide they’re going to read this author because he or she has written such a terrific book. Maybe there’s a father-son relationship that really echoes their own, or it’s about a relationship between siblings and this is what happens to them during the war. And the fact that they are from a different culture just adds extra interest to it.

Is it publishers that aren’t investing in authors from diverse backgrounds, or that readers are not conditioned to pick those books up? Or is it a combination of both?

KQ: I think it is easy to blame the gatekeepers. And certainly, I’m not saying they’re without fault. Study after study has shown that there are not enough people of colour in publishing, in editing, in acquisitions. But on the other hand, there is the fact that readers have bias, too, and they have to stretch. I remember a self-published romance author who wrote a really interesting essay about a series she had written. She had a similar cover package for each one, there were similar storylines, she had spent a similar amount of money promoting each one. And it was self-published, so she couldn’t blame a publisher for not putting money behind it. But the book with the Black hero on the cover sold less. Readers weren’t picking it up, so there is an unconscious bias there from readers as well.

And I think writers have to stretch, too. I’m a white author. I want to make sure I’m not stepping on a story that an author of colour might tell better than I could, but on the other hand, I do feel it’s my responsibility to show not only what the women were doing, but also to show what people of colour were doing. A historical figure that I made into one of the heroes in The Rose Code is a man whose background was Egyptian, Maltese and Arabic. He came from a big family with a lot of privilege and a lot of education, but he was a man of colour who worked at Bletchley Park. It was like, okay, I can at least do my part by trying to find the people who were really there and show them as part of this world.

Iqbal Ahmed on the lockdown odyssey of his new travelogue, The Art of Hospitality
Subscriber content
April 7, 2021 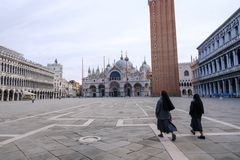 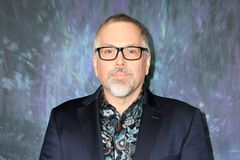