With the storming of the U.S. Capitol – and the security presence leading up to, and on, inauguration day, the spotlight is once again on American populism. Events in Washington have made deciphering the cause of Trumpism ever more pressing. And so the timing could not be better for American political scientist Michael Lind’s book, which has just been published in Canada. In it, the renowned professor, public intellectual and co-founder of the New America Foundation argues that current unrest is, at heart, a struggle between elites and the working class in the wake of decades of losses of political, economic and cultural power. Days before President Biden’s inauguration, Lind spoke with The Globe and Mail about why he believes, as he writes in The New Class War: Saving Democracy from the Managerial Elite, that “demagogic populism is a symptom. Technocratic neoliberalism is the disease. Democratic pluralism is the cure.”

To begin with, what is “the managerial elite”?

James Burnham disseminated the term in his 1941 book The Managerial Revolution. He argued that Marx had been wrong, that capitalism was indeed being succeeded by a new system, but it was a system run by managers rather than owners of capital. He defined managers broadly as leading executives and managers in the private sector, but also high civil servants, military officers and governors of non-profit foundations. … I argue that the top 10 per cent or so of the population – particularly those with advanced graduate and professional degrees – dominate the public, private and non-profit sectors in the U.S. and other Western democracies.

This elite is made up of people from the left and the right, and its ethos is “technocratic neoliberalism.” How do you define that?

If you look at elites versus mass public opinion, working-class people in the U.S. and in other similar Western democracies tend to be somewhat to the left on economics. They favour more welfare spending, higher minimum wage, more social security, more health care spending. And they are a bit more conservative – not radically, mind you, but somewhat conservative – on social and sexual issues. If you look at elites in both parties in the United States, they tend to be very liberal on social and cultural issues, and for the most part favour free markets and deregulation in terms of the economy. So arguably the big divide is not between left and right. It’s between the top of the population, which is moderately libertarian, or neoliberal, as we call it, and the working-class majority of all races.

Why is the managerial elite a threat to democracy?

Many of the policies that are preferred by the managerial elite … are very unpopular with the voters. Such as massive offshoring of industry, very high levels of immigration – particularly unskilled immigration, which a lot of voters worry will either lead to job competition or to strains on public welfare and social-service budgets. One strategy that elites of both parties in the U.S., and in all parties in Western Europe, have used over the last few generations is to shift decision-making away from legislatures, which are more responsive to ordinary voters, and toward institutions like the executive branch, the judiciary. … So there [is] a shift of power away from the most accountable parts of government.

You write that power has shifted upward in the economy and culture as well. What are the working-class cultural institutions that have lost power?

The most important cultural institutions are churches, along with synagogues and, more recently, mosques. In the middle of the 20th century, the U.S. and Canada and Western Europe were much more religious, and churches played a much greater role, for better or worse. But they did represent their mostly working-class constituents on issues like school curricula and the regulation of Hollywood movies. … A lot of morally conservative people – many of whom are non-white, this is by no means white conservatives – feel that their viewpoint as traditionalists or as religious people is not represented in the commercial mass media.

You also write that we are witnessing a “medicalization of dissent.” What does that mean?

There has been a tradition on the left, and among centrist liberals, of treating anyone who disagrees with liberal or neoliberal policies as suffering from status anxiety or irrational resentment or some other psychological problem, rather than saying they have legitimate interests and legitimate values which you should negotiate about. I call that the medicalization of dissent. It’s treating political disagreement as a sign of irrationality or emotional disturbance.

You argue that the response to populism can be more dangerous than the populism itself. Did the storming of the Capitol change your view?

My book is a criticism both of what I call elite technocratic neoliberalism and also of its antithesis, which I call demagogic populism. Which is just as bad, and just as destructive in different ways. Demagogic populism, characterized by demagogues like Donald Trump, is a disastrous, incorrect response to the problems of technocratic neoliberalism. The proper response is to rebuild power-sharing institutions, at all levels, so that people feel they have a stake in society. … We have to resist demagogic populism. But at the same time, we have to ask: “What is wrong?” … Something has gone wrong with the political system, which is supposed to represent all points of view, when you have large numbers of people who feel they are unrepresented and need to line up behind populists.

In a New York Times review, Anand Giridharadas wrote that your explanation of Trump-era populism lacked “a lens of racial awareness.” How do you think through that criticism?

If you look at the recent election, the Democrats made gains only among upper-income whites – which confirms my thesis. And even though they won a majority of all non-white voting blocks, they had major losses of Hispanic-Americans, Asian-Americans and African-Americans to the Republican party. Which also tends to confirm my thesis that this has more to do with class, and with outsiders versus insiders.

How are you feeling about this new Biden era?

I think it’s the end of the beginning – it’s not the beginning of the end. Back in the 1990s, in my book The Next American Nation, I predicted that we would have another American revolution, a bloodless revolution, in the second or third decades of the 21st century, simply because the old system had become obsolete, thanks to technological change and demographic change. Periodically in American history, there’s a gap between the evolution of society and the inherited political and business institutions, and then there’s a lot of social turmoil. Eventually the smoke clears, and there’s a new system which then lasts for a generation or two before it falls apart itself. I think we’re going to see very turbulent 2020s. But if history is a guide, some new, somewhat better, more adaptable system might emerge that will last until the middle of this century. So, I’m modestly optimistic. 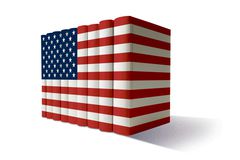 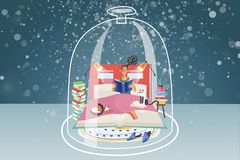 ‘So much has to be shaken up’: Cree poet Billy-Ray Belcourt’s memoir reimagines a more intersectional future
January 3, 2021 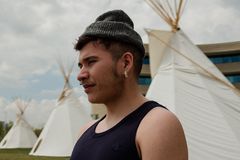