The Canadian writers Lorna Crozier and Patrick Lane spent 40 years together – a sometimes stormy, but always passionate, relationship. In 2012, The Globe and Mail called them B.C.'s poetry power couple, and ran a photo of them, on a bench at Granville Island, leaning on each other, laughing. They look very happy, very much in love. That never changed – the in-love part – but everything else did, when in 2017 Lane became ill with an autoimmune disorder.

In her new memoirs, Through the Garden: A Love Story (with Cats), Crozier writes about navigating her husband’s mysterious illness, and recounts the history of their relationship – the writing, the romance and the cats they raised together, including Po Chu, a once skittish rescue cat who hissed and slashed, but whom Lane tamed with meticulous patience and love.

The book ends with that happy photograph, and the inevitable postscript: Lane died in March, 2019.

“I would be a lesser person without Patrick’s tutelage, without his eye on me,” Crozier writes earlier in the memoirs. “And he without mine.”

The Globe and Mail’s Marsha Lederman spoke with Crozier from her home on Vancouver Island.

You are grieving and living fairly remotely during a pandemic. How are you doing?

Well, as one of my friends said to me, Patrick left you in a beautiful place. I’ve got the pond, I’ve got the turtles, I’ve got about 30 fish and 20 water lilies and almost three-quarters of an acre of a yard to maintain, so that gives me a reason to get outside. Patrick has touched every plant in this yard, he’s touched every stone. So I miss his hands on me, but I sense his hands are everywhere.

You were writing this book while Patrick was ill. You’re an artist; I know this was not a therapeutic journaling exercise – but was it helpful in any way?

Probably it was. When Patrick became so ill and I feared I was going to lose him, I didn’t know how I was going to survive watching his deterioration. I thought, how am I going to get through this? How am I going to be there for him and stay sane? And I thought: all that I know how to do is to write. And you’re right; I didn’t want it to be therapy, I wanted it to be art; I wanted it to be a tribute to him and to what we were feeling. So it gave me something to do beyond sitting in my own cloak of sadness. I just would go to my room and write what I needed to write that day and in the process, I thought why don’t I tell the story of us?

At one point, he gives you the green light to send out some poems that dealt with his alcoholism. You reveal some very personal stuff in this book – about how things started, about deciding not to have children together. What was your agreement, if you had one, about revealing personal details?

I read him those parts, the parts about when we met. He was a wee bit hesitant at first. He’s always in our 40 years together had to deal with me writing about our lives in my poems; I used our autobiography more than he did, really. But then he said to me: write the book, you’ve got to write the book. So I had that voice in my head after he died and I went into it and worked on the editing and had to make a decision about whether to submit it or whether to just tuck it away. And I thought: He told me to write the book. And I hope that if he has any consciousness anywhere that he sees that it’s a tribute to our lives together.

It’s harder to talk about it than to write about it. When I’m writing about it, you get the kind of distance that art allows you. You’re looking to write a beautiful sentence. And I wrote and rewrote every sentence the way I would a poem. I read it to myself over and over again and revised and revised and revised. And that creates – it’s like wearing oven mitts. You’re touching hot material, but you don’t feel the burn. When you talk about it, it’s a whole different thing. But the hardest task was doing the audiobook. There are pieces of this book I know I will never read in front of an audience or on a podcast. But I had to read every single word to do the audiobook and that was a real killer.

That first day, I couldn’t even read the dedication. Or the book opens with a passage from Patrick’s memoirs There Is A Season; I couldn’t read that the first day, I just couldn’t get through it. My voice kept breaking. And finally I said, maybe I can go back to this, maybe I can do it at the end of the session, but I can’t do it right now. So I did that a few times; I’d take a few deep breaths, have a glass of water, walk outside the studio, stand for a few minutes, come back in. It was hellishly difficult to be able to separate myself from what I was writing about, which I had to do to be able to read it.

How is Po Chu doing?

Ever since Patrick died, I’d be sitting outside in our gazebo and she comes up and – she can’t meow, she has a kind of squeaky sound, and she’d do this at me and I’d say, you’ve just been fed, what is it you want? And I finally figured out she wanted me to lie down with her. So I walked to the bedroom, she’d trot ahead of me, jump on the bed, I would lie down and she’d curl up beside me and purr. It was almost like a rescue mission. And I thought Patrick has to be behind this; this cat is insisting I have a nap.

What have you been doing with your time?

My latest project is Patrick left behind some poems and just before he died, he asked me to edit them. And I did; I went through with a pen and did the thing he and I usually do. We weren’t able to talk about them before he died, but I spent the last few months pulling them into shape. I could only do about three poems a week and then I was done in. Because I had to go into his head and make decisions that I wasn’t sure he’d agree with; I just had to trust that I was making the right editing manoeuvres. So I just finished that. And he left behind some fiction too, so I’m going to get my backbone more solid and take a look at that.

That must be so hard.

It’s really, really hard; it is. I feel it’s an honour to go through it, but it takes me right into his mind again and into his heart. And it still remains a sad place for me to be. 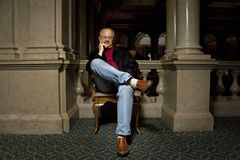 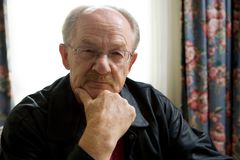 Patrick Lane: Finding my words again when even the smallest pronoun defeated me
February 14, 2018 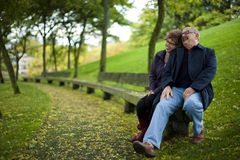