This utterly charming illustrated volume about growing into being a mom – the ups, downs and absurd in-betweens – arose out of a poignant connection new motherhood gave the cartoonist to her own mom, who died when Climo was 22. “I could feel how much my daughter loved me,” she writes. “I recognized the feeling because I felt the same way about my mom. Rather than seeing my mom in my daughter, I had started to see my mom in myself.”

Think of this like a series of swear-y, funny, non-judgy voice notes from your cool friend who’s got three kids under her belt – and the hacks, knowledge and mistakes to prove it. From coping with postpartum insomnia to introducing solid foods (or “Mush 101”), this incredibly practical and confidence-boosting text is the brainchild of two Canadian moms who love the phrase “hella” as much as they loathe cheesy maternity shoots. Basically, it’s the how-to manual you wish they’d given you at the hospital.

The Light Between Oceans by M.L. Stedman (Scribner)

Trust us, and do not skip straight to the (rather poor) film adaptation of this 2012 debut. Where the movie is a mess, this novel is masterful, telling the story of an Australian First World War vet, his wife and the infant they adopt when she washes up onto the shore of the lighthouse he keeps. Complications ensue, of course, when it emerges that the child’s parents are still living.

For moms with little kiddos

If Giovanna Fletcher’s name rings a bell, it could be because she’s the one who recently interviewed Kate Middleton for an episode of her hugely successful parenting podcast, Happy Mum Happy Baby. Her latest book builds on that theme: Written as a series of letters – to her three little kids, to a kind stranger who helped stave off a meltdown in public, to “the lady on the train with the screaming baby” – this book is as relatable as it is moving.

Truths I Never Told You by Kelly Rimmer (HarperCollins)

Dedicated to “the women who carry infants in their arms as they battle illness in their minds,” this sensitively drawn novel is a rare thing: an emotional exploration of the price women pay to be mothers, paced like a thriller. It begins when Beth, cleaning out her elderly father’s home, finds a fragment of a diary written by her mother, a woman she’d grown up believing died in a car crash when she was a toddler. This entry, however, reveals a different, somehow even more heartbreaking story.

The last in her series of autobiographies that began with I Know Why The Caged Bird Sings, Maya Angelou published this book just before her 85th birthday. In it, she explores her relationship with her mother, Vivian Baxter, tracing – and seeking to understand – the behaviour of “Lady,” who abandoned Angelou and her brother for much of their childhood. She chronicles the almost-miraculous transformation of their bond, which, in Baxter’s later years, became one of Angelou’s greatest treasures.

For moms in the midst of the teen years

Permit us a curveball here: Nobody should be modelling any part of their parent-child dynamic on the relationship that exists between Rose Gold, an adolescent single mom, and Patty, the woman who just got out of jail for abusing Rose Gold because she suffers from Munchausen Syndrome by Proxy. But you will find this twisty portrayal of betrayal, brokenness and reckoning utterly fascinating (and, we must say, far more emotionally nuanced than its cover would suggest).

Stay Where I Can See You by Katrina Onstad (HarperCollins)

The hook for this unsettling novel is a lottery win, one that transports the unremarkable Kaplans from comfy outer suburbia to Toronto’s ritziest neighbourhood almost overnight. What will keep you reading, however, are the parallel coming-of-ages – Gwen, a “perfect” mom of two with a dark past; her daughter, Maddie, feeling her way to the precipice of adulthood – coming together in an explosive conclusion that will sit with you for days.

This book only came out last year, but we’re calling it now: This one’s a future classic. Sprawling (it’s nearly 500 pages), searing but still incredibly easy to devour, it charts the lives of two sisters, Jo and Bethie, across decades of life. It’s both about the choices they make – Bethie’s to become the perfect wife and mother, Jo’s to embrace everything but that – and the ways in which women’s lives are shared by forces outside of us. If you’re parenting a teen, this one’s a great conversation starter.

For those you don’t call “mom,” but who mother you all the same

In the spirit of “it takes a village to raise a child,” this collection of short stories paints a portrait of a neighbourhood through the interconnected lives of the people who make it a community. This includes the maternal figures who shape a child’s life but exist outside of the “Mom” category – a grandmother who suddenly finds herself sole guardian of her grandchildren, or a nanny caring for someone else’s child while separated from her own.

This engrossing debut takes place, mainly, on a “brideship,” those little-known vessels that travelled from Britain to the colony of Vancouver Island. (Basically: The men needed wives, and these women needed options for their future beyond the workhouse.) And while this is a story of the heroine’s efforts to shape her own destiny, it’s also about the women who supported her: the governess who nurtured where her own mother could not, and the older sister who schemed and sacrificed to better both their futures.

We all know the general outlines of this one – red-headed orphan, PEI, someone gets a slate broken over his head – but the strong, unconventional women who nurture Anne don’t get nearly enough of their due. There’s Marilla, of course, who begrudgingly becomes a mother-figure over time, but there’s also Miss Stacy, the teacher who encourages Anne to think beyond the limitations placed on her by society, and Mrs. Allan, the gentle, accepting minister’s wife.

For moms who are only with us in spirit

Secret Lives of Mothers and Daughters by Anita Kushwaha (HarperCollins)

On the morning of her 18th birthday, Asha is given a letter, written by her birth mother. This is a shock because a) she didn’t know she was adopted b) the epistle seems to be written as a goodbye letter, not from a mother giving a child up for adoption, but from a woman on her deathbed. Set in Ottawa, this gripping (you’ll read it in a day) novel traces Asha’s journey of understanding that absence while telling, in heart-wrenching parallel, the story of the woman who left her behind.

Billed as “traumedy,” this memoir walks a fine line between the sublime, the ridiculous and the plain old heart-breaking. At its centre is Elaine, Matlow’s vivid, free-spirited mother, who, against all advice, decides to seek alternative treatments for her Stage One cancer. As her disease progresses, she stays that course, and Matlow, a Canadian writer and producer, is with her on the heart-wrenching – yet frequently hilarious – journey, ayahuasca trips and all.

According to Picoult, this book was sparked when she heard a random fact: Mother and daughter elephants stay together until one of them dies. She parlayed that info into a (typically) tear-jerking story about a young girl’s search for her mother, an elephant researcher who disappeared a decade earlier. It’s a readable, thoroughly cathartic story about what it means to lose your mom – oh, and there’s a twist ending too. 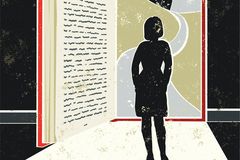 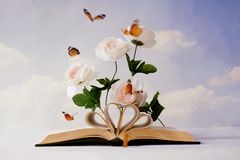