Mother-daughter relationships run the gamut from verbose cuddle fests à la Gilmore Girls to Mommie Dearest dysfunction. And some new young adult (YA) releases take it all on, going much deeper than door slamming and passionate adolescent cries of “You don’t understand me!”

First, the lovefest. Sleight, a fantasy by British Columbia author Jennifer Sommersby, tells the story of Genevieve and her mother, Delia. Both are circus performers and have an idyllic, Hallmark relationship until Delia is murdered by an invisible demon. Genevieve’s grief is profound, her devotion pure and uncomplicated. It would be unbelievably saccharine in realistic fiction, but I buy it in this fantasy; it serves as necessary fuel for the scary, magical quest that Genevieve must undertake when she learns her mother’s real identity.

Real life is a lot tougher. Past Tense, a debut from Toronto author Star Spider, covers postpartum depression – an original subject matter in YA since biological clocks usually keep teens from seeing their moms as new parents. Julie, a ninth grader, has a new baby brother. Just a few months after giving birth, Julie’s mother starts making midnight trips to the cemetery with the baby. Concerned and confused, Julie tags along and is shocked when her mom lies down on a grave and asks her daughter to deliver a eulogy. Meanwhile, Julie’s father is ridiculously clueless (he doesn’t notice that his wife starts keeps a coffin in the basement!), but Julie’s experience is convincing.

Similar in subject matter but wildly different in tone is An Na’s The Place Between Breaths. It’s gripping, murky and disorienting. Grace’s mother was a diagnosed schizophrenic who disappeared more than a decade ago.

Now a teen, Grace’s hold on reality is becoming tenuous as she starts experiencing her own symptoms of schizophrenia. Every flashback to Grace’s mom’s deterioration is horrifying because we know that her daughter is on the same path. It hurtles full speed towards hopelessness, bumping against shocking revelations along the way.

When I saw that Emily X.R. Pan’s debut, The Astonishing Color of After, was also about a teen girl who lost her mom to mental illness, I thought I was prepared. How different could it be?

Fifteen-year-old Leigh has always been in the dark about her mom’s Taiwanese background and the mystery deepens and darkens after her mother takes her own life. But then her mother reappears … as a giant red bird. And it’s all-consuming; Leigh’s journey to reconnect with her mom in avian form feels more rooted in truth than most realistic fiction.

I can’t end without acknowledging Mother’s Day, a celebration that demands we view our mothers as loving, selfless saints, with no acknowledgement of the fury and turmoil they can bring to our lives, especially during our teen years.

Mary H.K Choi’s Emergency Contact is one of the best debuts of the year and one of the first YA novels to really capture the depth and complexities of a text-based relationship. But it also explores the hardships of having a cool mom. College freshman Penny Lee is mortified at her mother’s wardrobe choices and ease around people half her age, though it’s an entertaining, relatively benign annoyance that masks real love. Sure, it’s not the ideal, but during adolescence, an eye roll can be the most meaningful form of communication.

Book Review
Review: Jen Wang’s The Prince and the Dressmaker has a jaw-dropping ending
April 2, 2018 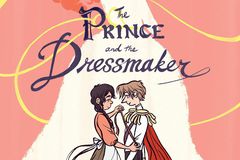 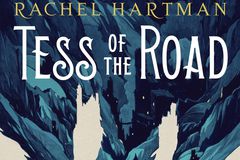 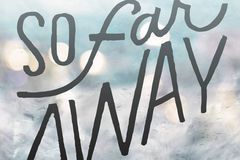