In his new book, The Great Eastern, Canadian-born photographer Scott Conarroe looks at a massive expansion of high-speed rail in China and how it is changing the country. The expansion is likely to bring about massive social change in China, just as building the interstate highway system did in the United States, Conarroe says, although many of us in the West may not even know it’s happening. Conarroe, 45, who lives in Bern, spoke to The Globe and Mail about the project, why it intrigued him, and why rail is a compelling motif for him.

How did this project get started for you?

In 2008, I had an opportunity to go visit China. It was just after the Olympics. I stayed there for about a month and a half. The next year, I had another opportunity to go back, and then the following year it happened again. So I tried to come up with a project so that I could go back with a bit of intent. I had been working on a study of North America against the backdrop of its rail infrastructure and then I did a companion project to that about our coastline. So, I was doing these big geo-cultural projects and this one seemed painfully obvious.

What is it about these large-scale projects and their influence on social change that interest you?

I didn’t have any particular interest in them when I began. I was living in London, Ont., and in every single direction when we left the house we were surrounded by railway tracks. That sort of got the ball rolling. Rail is pretty fascinating. It’s the infrastructure that North America was developed on. There’s this storied past that I was aware of, but at the same time it wasn’t something I interacted with, and I felt like it was something I could explore.

What in particular interested you about this railway project in China?

It is ostensibly about China’s rail expansion, but in reality the project is about this moment in China’s history where they are transforming, and the railway is an easy motif to explore that.

There’s a sense of foreboding in so many of the images from The Great Eastern. You can sense the massive social change that the rail project will bring to the places you’ve shot. When you’re taking pictures, do you have an emotional goal in mind?

I suppose there is an emotional thing going on. I do have a consistent mood or ethos streaming through a lot of the projects I do. But I think of them as compositions more than as photographs or illustrations or documents. My starting point is I find a theme or topic that I’m interested in exploring, and that I think has relevance beyond my own interest.

Tell me about the rail project in China and how big it is.

It’s the second-largest infrastructure project in history, second only to the interstates in America. There are hundreds of thousands of kilometres of new track being laid. It’s meant to have a huge impact on Chinese culture. They have a handful of extremely prosperous cities and a special economic zone, and they have huge areas that are kind of living in a different century. It’s going to connect these prefecture cities and provinces to the more robust economies like Beijing, Shanghai and Shenzhen.

It’s amazing to me that this is such a large project in China and yet I’ve never heard of it until now.

We never hear about it. We hear about the new Silk Road. That’s the huge thing. And this other huge thing somehow gets lost in the wake of it.

Do you have favourite images from the project?

There’s one called “Sheaf Ladies, Jinzhai Anhui.” It’s got the raised track concrete viaduct coming out of the frame as many of the images do. And beneath there are a couple of women in red jackets and rice paddy hats. They have spread out around them a bunch of reeds or tall grasses. It’s very evocative of some sort of old world cottage industry with the future looming over top.

Where does the title, The Great Eastern, come from?

I got it from this old CBC comedy show called The Great Eastern about a Newfoundland radio DJ. I wanted it to be a little bit dramatic, a little bit romantic and a little bit evocative of China. It works because it sounds like an old-timey railway, and it’s also a basic description of what China is doing right now. It’s reaching for its greatness. 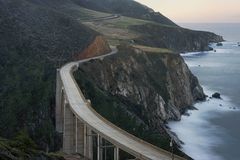 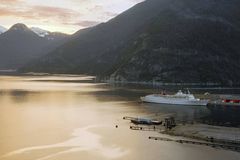