In this excerpt from Had it Coming, The Globe’s Robyn Doolittle details her response to the 2003 rape case against Kobe Bryant, and how the press and criminal-justice system mishandle such accusations.

KOBE BRYANT AND ME

I was eighteen when police in Eagle, Colorado, arrested Kobe Bryant on accusations that he’d raped a woman in a hotel room. I don’t remember how I heard about it, but I do remember my first thought upon learning the news: “Well, what did she expect going to a hotel room with an NBA player?”

The woman was nineteen, barely a year older than I was at the time. She’d been working the front desk at a mountain lodge when Bryant checked in on June 30, 2003. The twenty-four-year-old basketball all-star was in the area for knee surgery. He arrived late with a small entourage and asked the woman to show him around the facilities. After the tour, she escorted Bryant back to his room. He invited her in. They chatted for a bit. Flirted. And when he kissed her, she kissed him back. It was flattering, she later told police, that the famous Los Angeles Laker seemed interested in her. She was okay with the kissing.

But then Bryant started to grope and fondle her. The teenager moved towards the door, but Bryant blocked her path. “I try and walk to the side, and he would walk with me,” she told police. That’s when, she alleged, the six-foot-six shooting guard put his hands around her throat and squeezed – not hard enough to close her windpipe, but hard enough to make it clear that he was in control. Bryant removed his pants. He bent her over a chair. When he removed the teenager’s underwear, she again protested, but he ignored her. “Every time I said ‘no’ he tightened his hold around me,” she told police.

The woman told police that Bryant proceeded to rape her. He did so with one hand gripping her throat while she wept. When she was eventually able to leave, Bryant’s T-shirt was stained with her blood. Almost immediately, the woman bumped into a friend, the hotel bellman. She tearfully recounted that Bryant had choked and raped her. A sexual assault examination performed fifteen hours later revealed two one-centimetre lacerations and several smaller tears in her vaginal region. The injuries were “consistent with penetrating genital trauma.” Officials also documented a bruise on her jaw.

Bryant initially lied to investigators and said he’d never had sex with the teenager, but he changed his story after police indicated that they had physical evidence from the rape kit. In his new version of events, Bryant admitted that they’d had sex, but he claimed it was consensual – and in fact, she had been the one to initiate it. The ensuing media coverage trumpeted Bryant’s athletic accolades, questioned the complainant’s character, and minimized the severity of the allegations by sprinkling basketball references throughout stories that were otherwise about rape. “On the hardwood, he often controls the court. But facing allegations of felony sexual assault by an unnamed nineteen-year-old woman, basketball superstar Kobe Bryant may find himself on another court where three-point plays don’t count,” NBC News reported after the arrest. The headline in the Los Angeles Times reassured fans that they had reason to doubt their star’s accuser: “Alleged victim in Bryant case is a 19-year-old graduate of local high school who is said to be fun-loving, outgoing and emotional.” The Associated Press story painted a portrait of a man deserving of compassion: “Sitting not far from the court, where everything comes so naturally to him, Kobe Bryant found it tough just to speak. After waiting several seconds to gather himself, the Los Angeles Lakers’ guard choked back tears and his voice quivered. ‘I’m innocent.’ ”

The next year-and-a-half brought merciless exposure for the young woman. An American supermarket tabloid, the Globe, published a front-page photograph of the girl, taken at her high school prom, with curled blond tendrils falling beside her cheeks and a corsage on her wrist. In the picture, she’s hiked up her satin skirt, exposing a mid-thigh garter. Her full name appears in all caps alongside the headline “Kobe’s Accuser: Did She Really Say No?” On numerous occasions, court staff mistakenly released confidential details about her. For example, they emailed reporters’ transcripts of a closed-door discussion about the complainant’s sexual history. When it came out that traces of another man’s semen had been found inside her, Bryant’s defence used it to attack the woman’s credibility. The woman had already disclosed that she’d had sex two days before the incident, but the defence asserted that she’d also had intercourse after the encounter with Bryant, which accounted for her vaginal injuries. (Her lawyer called the assertion “patently false.”)

In September 2004, prosecutors in Eagle County announced that they were dropping the charges against Bryant. “The victim has informed us, after much of her own labored deliberation, that she does not want to proceed with this trial,” District Attorney Mark Hurlbert explained. Bryant issued an apology that contained no admission of guilt: “Although I truly believe this encounter between us was consensual, I recognize now that she did not and does not view this incident the same way I did.” The following year, attorneys for the woman and Bryant reached a civil settlement.

When I was eighteen, I didn’t know most of these details and obviously didn’t care enough to find out. I felt no connection to this woman, despite the fact that she was practically my age, that I’d spent the last three years working at a hotel in my own small town, that my high school girlfriends and I had taken that exact same photo in our prom dresses, that there is no question I would have been giddy if a famous athlete had flirted with me. Instead I felt safe in my sense of superiority, confident that I’d never be so foolish. Or weak. I wasn’t one of those girls: slutty girls, dying-for-attention-from-men girls, girls who made the rest of us look bad. I remember talking about Kobe Bryant’s arrest with guys. I always made it clear that I was one of the good ones. I got it. Don’t worry – I’m cool. This girl had gone to a hotel room with an NBA basketball player at night. What did she think was going to happen?

This, all of it, is what rape culture looks like: my baseless suspicion, the sympathetic press coverage, the slut-shaming, the cavalier attitude of court staff towards a sexual assault complainant, the fact that Bryant’s career carried on without consequence. Let’s not forget that on March 4, 2018, the first Academy Awards in the era of #MeToo, Kobe Bryant won an Oscar.

I’ve been a reporter with The Globe and Mail ’s investigative team since 2014, and I’ve spent much of that time looking into the criminal justice system and the way that Canadian police treat allegations of sexual assault. Before I began this work, rape culture wasn’t something I really thought about. I wasn’t a denier. Like every woman I know, I’ve experienced gender-based harassment and discrimination. And I’ve always identified as a feminist. In fact, I’d probably have considered myself a vocal one. I’d just never spent much time considering the root causes: the ways that men – and women – normalize sexual violence by perpetuating outdated attitudes. It was only when I discovered that police were systemically neglecting sexual assault cases – despite the fact that this crime is among the most serious in the Criminal Code, second only to homicide – that my job forced me to think about it.

In the summer of 2015, I was looking for my next story, and at the time the country was transfixed by the ongoing sexual assault saga of former CBC Radio host Jian Ghomeshi. Ghomeshi had been arrested the previous November on accusations that he’d abused multiple women. Coverage of the story had been relentless and went beyond the nuts-and-bolts news developments. Writers used the case as a means to explore subjects that still weren’t typically allotted prominent space in mainstream media – subjects such as consent, victim stereotypes, rape myths. The story evolved into a mass debate about whether the courts were rigged against sexual assault complainants. Women in my life were convinced this was the case. It certainly felt that way. But was it actually true?

The standard line from police officers, defence lawyers, and even some Crown attorneys is that sexual assault cases are inherently difficult to investigate and prosecute: usually only two people are involved, and there’s often no visible evidence of harm. As such, few complaints result in charges and even fewer end with convictions. Defenders of the status quo say that, short of upending the entire justice system, these challenges are inescapable. This is the point where the conversation always stalls. The problem seems too big and abstract.

In that dilemma I found inspiration for my next investigation. I’d need to find a path into the story that was not only focused but also far-reaching enough to have an impact. Could I prove conclusively that sexual assault cases, en masse, were being mishandled? Could I quantify rape culture?

It turned out that the answer was yes. And it was the beginning of my personal awakening. 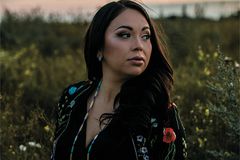 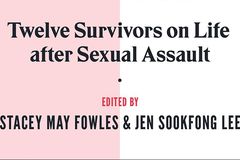