I still remember buying my first piece of Patagonia gear. The year was 1978, and I had moved west to experience life in the mountains. While shopping at the local outfitters for the requisite tent, boots, stove and sleeping bag, I came across a rather bulky, yet reassuringly comfortable, item called a “pile jacket.” The oversized patch sewn on the chest said it was made by Patagonia. The logo itself was mesmerizing – a stylized outline of serrated Chilean peaks, etched against an orange, purple and blue sky. The jacket retailed for $35, a breathtaking sum at the time. Of course, I bought it. I was hooked.

Since then, Patagonia has grown into one of the greatest brand successes of all time. It’s almost guaranteed that more people associate the company with fleece jackets and organic cotton tees than with the remote Chilean land of glaciers and mountains for which it is named.

The man behind it all is Yvon Chouinard, whose latest book, Some Stories: Lessons from the Edge of Business and Sport, points the way for living the dream and doing good at the same time. A hefty tome – you definitely wouldn’t take it on a backpacking trip, though you’d likely find it on the coffee table at an upscale backcountry skiing lodge – Some Stories is simply Chouinard, though a few tales are told by close friends and even family members. As the owner/founder of a company that does a half-billion in sales, annually, Chouinard certainly knows how to optimize his vacation time.

Chouinard was born in 1946 and raised in Lowell, Mass., in a French-speaking household. When his Quebecois parents headed west to California, Chouinard suffered at the hands of bullies, who made fun of his thick French accent, his lack of academic success, his short stature. To escape, he’d go fishing and catch frogs near the family home in Los Angeles.

In 1954, Chouinard, then 14, met some Sierra Club members through a local falconry club. Teaching themselves how to rock climb on small bluffs outside of L.A., these skilled young men moved on to challenge the vertical walls of Yosemite National Park. They became known as the Valley Cong, sleeping under boulders at night and subsisting on pennies a day for months at a time. Chouinard literally forged his reputation by learning the blacksmith’s trade; heating and shaping molten iron into pitons that would be hammered into the rock for safety.

Such scarring of the virgin granite did not set well with Chouinard. He invented hexagonal sided aluminum chockstones (known as “hexes”) that climbers could wedge into cracks and safely climb without damaging the rock. An essay, The Whole Natural Art of Protection, appeared in the very first Chouinard Equipment catalogue in 1972, boldly and presciently stating: “No longer can we assume the Earth’s resources are limitless. Mountains are finite, and despite their massive appearance, they are fragile.”

As a privately owned company, Chouinard – and, by extension, Patagonia – has remarkable freedom to fund projects that hew to his personal philosophy. Surely a loss-leader, Patagonia’s book division publishes an eclectic collection of art-house-quality photo books devoted to mountains, goats, oceans and Hawaiian shirts.

Chouinard’s autobiographical Let My People Go Surfing (the first edition of which was written in 2005) became an unlikely business-book bestseller. Combining compelling stories with many well-placed jabs at American consumer-centric society, Surfing established Chouinard as a thought leader – one who now advises companies such as Walmart on how to green their supply chains. He has successfully grown his environmental tithing program, known as 1 Percent For the Planet, beyond his own company to include Canadian heavyweights such as Mountain Equipment Co-op and Nature’s Path Foods.

Chouinard has been telling anyone who will listen about the dire state of the Earth for going on four decades now. His prose hews to an almost modern-day version of Greek allegory. The mountains and oceans have much to teach us, and wild places must be preserved. Protection of B.C.’s Great Bear Rainforest was financially kick-started by Chouinard himself, who goes steelhead fishing in the nearby Bulkley Valley.

It’s a message that Corporate America is beginning to listen to. At last week’s Business Roundtable, American chief executives announced that from this point forward, their companies would adopt “a new culture of shared prosperity.” Several days later, Patagonia, along with certified triple-bottom-line-focused companies such as Ben & Jerry’s and Danone, informed the Apples and Amazons of the world that they’d be watching closely to ensure that this was not just more corporate greenwashing.

Through his writings and commitment to the environment, Chouinard’s message is one of simplicity and values. Some Stories is not just all about “funhogging” with friends in the forests or mountains. The final essay reprints Patagonia’s original values, first stated in 1992 and recently updated with an even greater sense of urgency. “We’re in business to save our home planet” is a goal as lofty as scaling a challenging peak in the South American region that is the company’s namesake.

When a B grade is a good thing, showing a company’s commitment to meet social and environmental standards
September 5, 2019 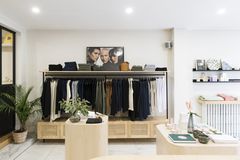 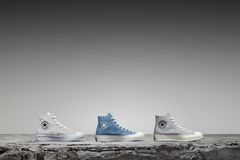 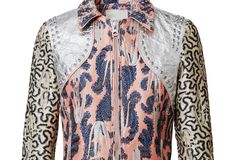