“Did you know there’s a Gutter bird – an actual bird that won’t ever leave the Gutter? Even though the sky is open and even though the walls are not that high, the bird just stays there.”

Elimina Dubois is a Gutter child, born into the Gutter System, within the walled community called the Gutter. But at birth, Elimina is taken from her dying mother to become part of a social experiment of 100 Gutter children sent to live on the colonized Mainland.

The world-building Richardson crafts in her debut dystopian novel, Gutter Child, steers Elimina’s course throughout the Gutter System – a system devised by the Mainlanders after the Great War, in which the Sossi people rebelled against the Mainlander colonists and lost. It’s a system of apartheid, oppression, punishment and intergenerational trauma. Under the Gutter System, every Gutter child is born with their ancestors’ punishing Debt, as is Elimina.

While living on the Mainland, Elimina’s identity as a Gutter child is abhorred, as are her Sossi ancestors from whom the land was stolen. But when her adoptive mother dies, teenage Elimina is sent to Livingstone Academy, one of the Mainland residential schools that house and educate Gutter children. The goal of their studies is to secure a job working for Mainlanders that pays enough to clear their Debt and earn Redemption Freedom. The schooling system is preparation for indentured servitude with a smile and best behaviour.

“I think about these words together – enforcing and happiness,” Elimina notes, contemplating the thin veil of passive racism that shrouds the system and the truth: that the Sossi people are slaves whose cultural and historical identities are being destroyed in a slow march towards genocide. It’s a story Richardson’s readers may find hauntingly familiar.

At Livingstone, because she is part of the Mainlander social experiment, Elimina is groomed by Headmaster Gregors and she begins to hope for a promising future. But a turn of events derails Elimina’s dreams, pulling her back into the Gutter for the first time since she was an infant.

It’s in the Gutter that Elimina learns that there is no Redemption Freedom, only punishing service and the possibility that one day, rest might come. Just as the Gutter bird sits on the wall, unable to cross the threshold, the Gutter System is engineered to give just enough hope to keep those in the Gutter docile and hoping for freedom. But the longer Elimina is entrenched in this new world, the more she realizes that she must do the unthinkable or risk everything and everyone she loves – she must fight back.

Richardson has crafted a story that, while not new, is a necessary revision of what authors like Octavia Butler, Margaret Atwood and Suzanne Collins have carved in the past. From Livingstone Academy, the dystopian residential school whose real counterparts played a pivotal role in Indigenous genocide, to the apartheid of the people in the Mainland and the Gutter that rings of centuries of slavery and violence, Richardson has put her own spin on a tale that is ubiquitous – and it’s shattering.

Richardson’s prose is simple and easy to read, making it accessible to readers of all ages, from young adult and up. Her subject matter and unrelenting storytelling are breathtaking and make Gutter Child a novel that will leave readers awed, broken and unable to look away.

Richardson’s protagonist, Elimina Dubois, who later reclaims her birth name in a pivotal action of decolonization, is unremarkable in her position – but unforgettable in her actions. She can be called brave, but the choices she has to make are no real choice at all. The thing that sets Elimina as a character apart from her contemporaries is Richardson’s ability to create a character arc that is subtle – because of the circumstances that Elimina is born into, she will become a protagonist to remember by both fiction readers and literary critics alike.

The culmination of Gutter Child might seem underwhelming – and quite frankly, inconclusive – but this is most likely Richardson’s purpose. Elimina is not just a character in a fictional novel – she is a representation of colonialism, oppression and violence. It is impossible to provide any satisfactory conclusion to a story like Elimina’s without catering to the comfortable and stagnating ignorance that Richardson is criticizing through Gutter Child.

While Gutter Child does end on a rather unsatisfactory note, it raises the question of whether this story will be continued – either by Richardson herself, or as an acknowledgement of the hard and dangerous work still to be done by Elimina and the revolution. Or perhaps Richardson will leave this up to her readers to contemplate, lifting a story from between the pages of a novel to question the factual paradigms that parallel Elimina’s world.

In either case, Gutter Child is a dystopian novel that proves a vital and necessary read – and thanks to its visceral social commentary, rises to the status of a potential contemporary classic. 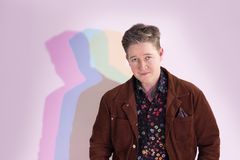 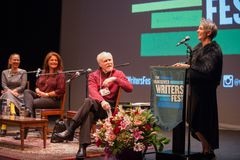