A grieving and heartbroken botanist accompanies the friend of his recently deceased parents on a road trip through the underworld in search of a lost Canadian poet.

No, it’s not the creation of Magic Realism Bot. It’s the premise of Days by Moonlight, the latest novel in André Alexis’s five-book “quincunx.” For those catching up, Alexis’s quincunx is a set of literary novels – “literary” in the sense that they flaunt their play with literary tradition and genre – that includes 2015 Giller-winner Fifteen Dogs. In their order and with respective genres: One, 2014’s Pastoral – self-explanatory. Two, Fifteen Dogs, an apologue, or moral fable starring animals. Four, 2016’s The Hidden Keys, a Treasure Island-esque story set in motion by the estate of a Toronto billionaire. And now, five, Days by Moonlight’s otherworldly expedition through Southern Ontario influenced by books about real or imagined travel, Gulliver’s among them.

I didn’t accidentally skip a number there. Quincunx 3 has yet to be published and will apparently work with the genre of Harlequin romance. As the author explained in 2016, a quincunx is arranged like the number five on a die: Book 3 is the centre dot tying the other four together, and therefore must come last.

The question that always gets asked of a set of books such as this is, “Can a book be read on its own, out of series order?” The answer with Days by Moonlight is yes. We’ve yet to get to the unifying book of the five, after all. (And to be honest, it’s a rare literary publisher these days that would do anything to needlessly alienate potential readers.)

Another reason you can enjoy each book on its own: This quincunx is less a series than a cycle. Few characters from one book show up in another (more on this in a minute), and when they do, their role is tangential. Each novel’s story is a narrative unto itself, almost maddeningly so.

Does it say something about the way we read that, knowing these books are somehow connected, I search for correspondence where there may be none? Mentally flagging in Days by Moonlight each and every mention of dogs, for example, or the word “willow,” which is the name of a character and also a clue in The Hidden Keys?

In my defence: It’s the bites of three dogs – which the professor compares to Cerberus, the three-headed “hound of Hades” – that begin Alfie and Professor Bruno’s slide into a surreal version of small-town Southern Ontario. Is this the land of the dead? Maybe. You can recreate the duo’s drive, through Whitchurch-Stouffville and Schomberg, East Gwillimbury and New Tecumseth, but you’re unlikely to find what they encounter there: house burnings, “Indigenous Parades,” a town of black people who use their own sign language during daylight hours, a Museum of Canadian Sexuality. Billed as a trip through Alfie’s psyche, Days by Moonlight can also be read as a journey through the area’s psychogeography.

There is a further implication, largely left unsaid, as Alfie, a black man, makes his way through this landscape: The history and circumstances that make Canada what it is belong to black Canadians as much as anyone else.

And then, outside one town, willows surround a clearing where God sleeps, where God dreams even.

Dogs and willows. It has to mean something, right?

There are larger connections, through setting. Fifteen Dogs and The Hidden Keys are Toronto books, set largely in west-end Parkdale and High Park, as well as the Beaches neighbourhood in the east. A trio of characters from one are briefly mentioned in the other. Pastoral and Days by Moonlight, by contrast, are about the surrounding countryside, even though Alfie calls Toronto home. All four books (even Pastoral, slyly) feel the magnetic pull of Toronto’s lakeshore.

Near the end of Days by Moonlight, Alexis makes explicit the novel’s pairing with Quincunx Book 1. As Alfie narrates: “The little I knew about Barrow came from a novel I’d read called Pastoral. I don’t remember much of the story. It was about women fighting over a man, and a priest struggling with himself.”

What draws these books together the most, though, is theme, like looking at a cut diamond from different angles. Instinct versus culture. The meaning of death. The significance of poets and poetry. Each book can work on its own, but whether you read them in or out of order, don’t read just one, because their best effect is cumulative.

Days by Moonlight and Pastoral are paired through their preoccupying questions: How does God (if there is a God) work in all this? Do we know God through the natural world or through miracles? The Christian tradition says, “God is love.” But if you’re lonely for love, where is God then?

A great novel doesn’t try to answer questions, but, like Days by Moonlight, complicates them. It’s for the reader to puzzle over. An exasperated character asks, “Who knows what the writer believes?”

“That’s why I prefer fiction,” replies Prof. Bruno. “It encourages you to use your instincts and find your own way.”

A Q&A WITH THE WRITER

You’ve listed Gulliver’s Travels among the literary influences on Days by Moonlight. What does that story give you as a reader? Do you try to fulfill a similar readerly desire with your own book?

I’ve listed books you’re likely to know (like Gulliver’s Travels) and books you may not have heard of (Voyage d’automne et d’hiver, by Gilbert Lascault) in part to point to books I’ve loved. But the deeper reason is that I’m insisting on the literary origins of Days by Moonlight, the great sea of imagination from which it came. In the afterword to the novel, I wrote: “Days by Moonlight is not a work of realism. It is not a work that uses the imagination to show the real, but one that uses the real to show the imagination.” Listing the books that influenced my imagination and my writing is another way of insisting on that point.

To answer the second part of your question: Yes, I am aware of trying to play with the conventions of travel narratives – stories of travel to real or imaginary places. The genre – as well as the ideas and feelings we readers have when reading stories about travel – was important to me as I wrote Days by Moonlight.

I've heard the final book in this “quincunx” is to be based on Harlequin romance. What are you reading to prepare for that book?

I’ve read a handful of romance novels, novels in which a plucky young woman falls for a damaged but good-hearted man. It’s wonderful being in worlds where no one falls in love with a psychopath and love – after overcoming some tricky obstacles – is revealed as the true panacea. I also read Danielle Steele’s Safe Harbour … I don’t quite know what to say about it. There are whole passages in which she is an efficient writer and you can sink into the story. But these are accompanied by clichés, absurd similes and strained metaphors so that, in the end, I felt both the ease of a good writer and the labours of an amateur.

What Canadian books are you looking forward to?

I am very much looking forward to Christina and Martha Baillie’s meditation on language, Sister Language. I want to read Anakana Schofield’s Bina because, of course, Anakana Schofield, a great writer. And I hope (sometime) to read a published version of Brad Kessler’s novel of a Somali refugee. It’s still a work in progress and it was called North Country when I read it. But it is one of the most moving and true feeling manuscripts I’ve read in a long time. 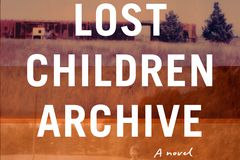 Book Review
Review: Into That Fire is promising in its themes and canvas, but ends up seeming stiff and contrived
Subscriber content
February 19, 2019 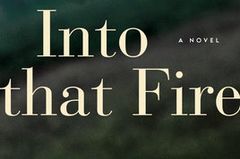 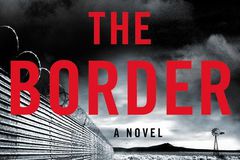