After talking privately with Adolf Hitler in Berlin, William Lyon Mackenzie King concluded that the German Fuhrer was a fellow mystic who spoke the truth when he insisted “that there would be no war as far as Germany was concerned.” Hitler’s face, the Canadian prime minister wrote in his diary, was “not that of a fiery, over-strained nature, but of a calm, passive man, deeply and thoughtfully in earnest.… As I talked with him I could not but think of Joan of Arc.”

That morning, as Mackenzie King had left his Berlin hotel, he had sensed “the presence of God in all this,” guiding his every step toward this meeting and “the day for which I was born.” June 29, 1937. Before he left Berlin, Mackenzie King wrote a note thanking Hitler for giving him a silver-framed photo of himself – “a gift of which I am very proud.” By this time, the Fuhrer had dispatched more than 4,000 innocents to concentration camps and created laws turning German Jews into second-class citizens.

With Mackenzie King in the Age of the Dictators, former diplomat and high commissioner Roy MacLaren eschews biography to focus on the Canadian prime minister’s foreign-policy performance. He delivers an exhaustively detailed, tightly controlled, yet merciless takedown of Mackenzie King’s responses to both Benito Mussolini and Hitler.

If with Hitler we were not confronting the most obscene tragedy of the 20th century – the industrialized slaughter of more than six million Jews in the Holocaust – this encounter could be staged as a farce in which a delusional bumpkin meets the worst tyrant of the age and mistakes him for a holy man.

In March, 1938, after the Nazi annexation of Austria, an unperturbed Mackenzie King wrote in his diary: “I am convinced he [Hitler] is a spiritualist – that he has a vision to which he is being true … that [his] Mother’s spirit is … his guide and no one who does not understand this relationship – the worship of a highest purity in a mother – can understand the power to be derived therefrom or the guidance … the world will yet come to see a very great man – a mystic, in Hitler.”

Here, Mackenzie King was projecting what Charlotte Gray has described as his “pathological obsession with his mother’s memory” onto Hitler and fusing it with his ludicrously inflated fantasies of his own significance. As he himself saw it, MacLaren writes, “he had played a central, even divinely ordained role in keeping peace in Europe.”

As MacLaren makes clear, many Canadians discerned the truth. Max Aitken, Lord Beaverbrook, made no rush to judgment but, by 1934, according to one contemporary, he had become “solidly, fanatically, anti-Hitler; refers to him as Al Capone and to the Nazis as gangsters.” Around the time Mackenzie King was confiding to his diary, “I am being made the instrument of God,” journalist Matthew Halton of The Toronto Star described Hitler at a Berlin rally as a demonic orator who “turned his hearers into maddening, moaning fanatics.” Over the course of a month in Germany, Halton had “seen and studied the most fanatical, thorough-going and savage philosophy of war ever imposed on any nation.”

When Mackenzie King hailed the Munich Agreement, which ceded to Hitler much of Czechoslovakia (the Sudetenland), Winnipeg journalist J.W. Dafoe – who had repeatedly warned against the Fuhrer’s hate-filled rhetoric – wrote what MacLaren rightly describes as a “scathing editorial” in which he denounced the appeasers for validating “the doctrine that Germany can intervene for racial reasons for the ‘protection’ of Germans on such grounds as she thinks proper in any country in the world.”

Ian Kershaw, the British biographer of Hitler, summarized with the advantage of hindsight: “None but the most hopelessly naïve, incurably optimistic or irredeemably stupid could have imagined that the Sudetenland marked the limits of German ambitions to expand.” Enter Mackenzie King.

Early on, Canadian diplomat Vincent Massey deplored Mackenzie King’s “ostrich-like policy of not even wanting to know what is going on.” He concluded that Mackenzie King combined an anti-British bias with an extreme egotism, and after Kristallnacht, when Nazi thugs went on a racist rampage and incarcerated 30,000 Jews, Massey wrote to Mackenzie King that “the anti-Jewish orgy in Germany is not making [British prime minister Neville] Chamberlain’s policy of ‘appeasement’ any easier.” Mackenzie King agreed that “the post-Munich developments have made appeasement difficult and positive friendship [with Hitler] for the moment out of the question. That is no reason, however, why the effort should be abandoned.” Unbelievable.

This book assumes a familiarity with the history of Europe in the 1930s. It is a tour-de-force indictment of Mackenzie King and, by implication, the political system that made him the longest-serving prime minister in Canadian history. For those concerned about the contemporary rise of fascism and neo-Nazism around the world, Mackenzie King in the Age of the Dictators is ominous and terrifying.

In September, Ken McGoogan will publish Flight of the Highlanders: The Making of Canada. 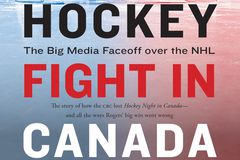 Globe Book Club: Ask Barbara Gowdy and Margaret Atwood your questions on The White Bone and the craft of writing
Subscriber content
May 10, 2019 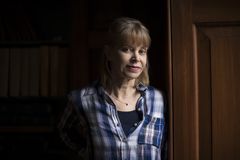