“Legal cases are stories, and lawyers are storytellers. People learn from stories; that’s how Jesus taught. The courtroom is a grave, dignified theatre or, if you like, it’s a fierce battleground for warring stories.” The late Silver Donald Cameron was a great storyteller but he was far more. In his early career, he was a celebrated academic, a Ph.D who headed up university departments. Then, in mid-life, he left academia to become a journalist. He resettled himself on the harsh coast of rural Cape Breton and lived among people who steadfastly retained their own language, culture, history. That understanding has everything to do with Blood in the Water, a masterful true account of a celebrated small-town murder.

As Cameron writes, laws are made by those with the power to enforce them. “It is impossible to understand Cape Bretoners’ attitudes to the law without some understanding of the interplay of power and law in the violent history of Cape Breton Island.”

Clear, concise, with impeccable research and personal notes (Cameron covered the original trial) he proceeds to take us through the various warring accounts of the events. Phillip Boudreau, the scourge of Isle Madame, just off the coast of Cape Breton, was gone. This was not really unusual, Boudreau often disappeared for weeks or months, sometimes ending up in prisons or holed up in someone’s shed or hunting cabin. This time, though, there were witnesses who claimed that Jim Landry, a local lobsterman, had first shot Boudreau, then rammed his boat into Boudreau’s, and when Boudreau was helpless in the open sea, Landry hooked him on a grappling pole and dragged him through the water until he was dead, then tied an anchor to him and sent him to the deeps. His body was never found.

Landry and his son-in-law, captain of the boat, were charged with murder. The motive? Boudreau, a legendary local scofflaw, had been cutting the lobstermen’s pots loose, as well as stealing their catch. The defense claimed Boudreau might not even be dead and 900 upstanding local citizens signed a petition for bail for one of the alleged killers. The press headlined the trial “Murder for Lobster.”

Was Boudreau dead? He could be hiding out, as usual. Then there was his crime, poaching and cutting the lines on lobster traps in a place where people depended on them to feed families. A man protecting his traps had some legal leeway and nearly a thousand locals, including relatives of Boudreau, signed the petition to let Jim Landry out on bail.

The reputed victim himself was complex. Yes, the locals agreed, he was a bully, a liar, a felon and a poacher but he was also a local Robin Hood, stealing food from one neighbour to give to another and was given to other acts of kindness. “Phillip would steal the beads off Christ’s moccasins. But then, if you needed them. He’d turn around and give them to you. "

How the trial played out is worthy, in Cameron’s lucid and erudite prose, of any Perry Mason episode. Will Landry and the others go free? He recognizes that in a court it’s the story that counts and the way it’s told. That narrative, spun by skilled attorneys, isn’t exactly truth as we like to claim. Legal truths are created on the thinnest of statements and, in Cameron’s skillfully crafted narrative, they take on a bit of the grand historical mythology of Cape Breton.

As Cameron moves us through the case it becomes an interesting and historically engaging case. Mostly, though, we get a glimpse into the lives of a culture and people we in the rest of Canada hardly know, people who live on what they can grow, shoot and catch and who keep themselves to themselves. One reads this and realizes why Cameron, who died this June, was one of the most esteemed writers in Canada, winner of many awards and a member of the Order of Canada. This book is a brilliant finale to his illustrious career. 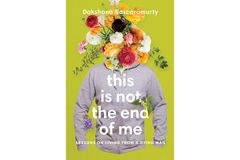 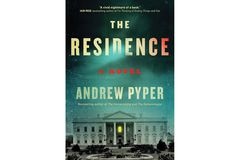 Book Review
Donald Savoie’s Thanks for the Business is a rambling, complimentary story of how the Irvings built New Brunswick
Subscriber content
August 28, 2020 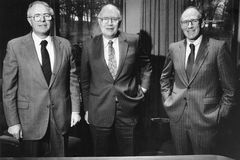