The title of TIFF Bell Lightbox's new retrospective on Mia Hansen-Love is Fathers and Daughters, but it could just as easily have been Before and After. All three of the Paris-born director's films offer story structures cleaved in two. Her debut Tout est Pardonné chronicles the deterioration of the relationship between a junkie and his wife before suddenly leaping forward in time to focus on their now-teenaged daughter; The Father of My Children follows a harried film producer before abruptly refocusing on his family; Goodbye First Love sketches a passionate courtship between two Parisian teenagers and then the fallout of one partner's sudden departure.

"It's difficult for me to talk about it, because it's so unconscious" says Hansen-Love of her tendency to bisect her narratives. "When I sit down and start writing, it always just comes out like that. I wish it could be different, but of course you can't decide how you write. It's like an obsession with me, and I don't really know why."

That feeling of powerful but mysterious sensations is central to Hansen-Love's cinema. While some might say it's a little bit early to do a retrospective of a 31-year-old filmmaker, the fact is Hansen-Love has already carved out a distinctive artistic identity. To borrow one key image from Goodbye First Love, you could say her movies are like rivers: They're placid and lovely until they start racing, when it turns out they have a deep undertow. They're also suffused with a great sense of affection for their characters, which connects Hansen-Love to a century's worth of French humanist cinema. For TIFF to screen her work as a sidebar to their far-ranging and auteur-filled "Summer in France" series is less a case of geographical coincidence than of a great cinematic tradition being inherited and given a fresh new signature.

"I've always felt close to actors," says Hansen-Love, trying to account for the warmth that comes through in her work, even when the people onscreen do cruel or tragic things. "I could never ask them to do anything that I wouldn't do myself."

Hansen-Love started out as an actor at the age of 18 in Olivier Assayas' Fin Août, Début Septembre, and he cast her again in his well-received drama Les Destinées Sentimentales. (It was a fateful collaboration, as the pair are now married with a baby daughter). She studied acting for two years at the Conservatory of Dramatic Arts in Paris, then left to become a film critic for the legendary publication Cahiers du Cinema – another French filmmaking tradition dating back to the salad days of Jean-Luc Godard and François Truffaut, who were word-slingers before they picked up a camera.

"I was definitely influenced by writing [for Cahiers]," says Hansen-Love. "At the time, I watched a lot of movies and tried to analyze what I was seeing, and why I liked them or why I didn't. I became very aware of how many filmmakers think about form, but in a way that is disconnected from the stories I want to tell. I thought that it was more interesting to try to find a more humble way to film. I'm not trying to create impressive shots. I'm just trying to make the style invisible."

Hansen-Love says that while the combination of acting and writing criticism prepared her for some aspects of filmmaking, when she made her first short, she felt like she was working blind. "You could say that it was a kind of film school but of course it was also very different, and I never went to film school. I was never told how a script should be written or how a scene should be filmed. When I did my shorts, I didn't even know what a take was … it was more about having a feeling of cinema than knowing how to do it. I was never influenced by teachers, and I think that that was a good thing because I had to think for myself."

If Tout est Pardonné betrayed its maker's inexperience in its occasionally rough staging and uneven pacing, The Father of My Children was a quantum leap forward – a beautifully structured and acted drama that doubled as a mature meditation on the filmmaking process itself. Its story was inspired by a sad real-life event – the suicide of French art-house producer Humbert Balsan – and its depiction of a crumbling independent production company feels scrupulously authentic, tender but also unsentimental. Goodbye First Love, which Hansen-Love calls "a film of my own adolescence," is her most moving effort yet, a story about a girl who finds herself amidst the traces of vanished romance. In Hansen-Love's films, things are always slipping away from the characters, and yet their emotions remain sharply in focus.

"For me," says Hansen-Love, "this is what making a film is. It's nothing more than giving a frame to something that would otherwise disappear." 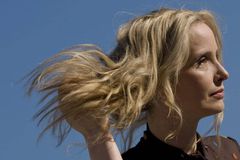 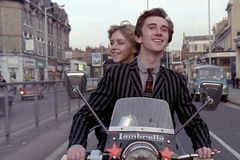