Words did not flow freely or casually escape from the tight-lipped mouth of Alan Rickman, the superb English actor who died Thursday at the age of 69. Instead, they were delivered, rolled on the tongue, dropped with precision, shot out like precisely aimed darts.

A working-class London youth who trained with the Royal Shakespeare Company, where he served as a dresser to Nigel Hawthorne and Sir Ralph Richardson, Rickman was heir to the great musical tradition of English stage speech.

He was best known as a master of the sneer delivered with a serrated edge, the laconic drawl that felt like the rasp of a grenade pin and, occasionally, the squawk of a man exasperated by the intellectual Lilliputians around him. His delivery often carried the tap-tap-tap of implied ellipses: "Mr. Potter. Our new … celebrity."

Rickman was a late starter who, after a period as a graphic designer, applied to acting school in his late 20s. That was followed by a stretch between stage classics and British television, where he earned attention as the odious Obadiah Slope in the BBC's 1982 miniseries adaptation of Anthony Trollope's The Barchester Chronicles. His breakthrough finally came when he was already 40, when he won both Tony and Drama Desk awards for his role as the arch-seducer Vicomte de Valmont in the Royal Shakespeare Company's 1985 production of Les Liaisons Dangereuses.

Rickman's Broadway turn led directly to the casting of one of his best-remembered roles: Hans Gruber, a psychopathic German genius facing off against everyman American cop John McClane (Bruce Willis) in 1988's Die Hard, one of the most entertaining thrillers of the post-Bond era.

Villainy suited Rickman, including his turns as Judge Turpin opposite Johnny Depp in 2007's Sweeney Todd, the title character in the 1996 HBO series Rasputin: Dark Servant of Destiny and Irish politician Eamon de Valera in 1996's Michael Collins. And though 1991's Robin Hood: Prince of Thieves nominally starred Kevin Costner, Rickman saved the movie as the hilariously malevolent Sheriff of Nottingham ("No more merciful beheadings. And call off Christmas!"). When he received his BAFTA for that performance, Rickman quipped, "This will be a healthy reminder to me that subtlety isn't everything."

At times, Rickman's low rumble was used to suggest dammed-up emotions, full of unbearable tenderness. In Anthony Minghella's Truly Madly Deeply (1990), he played the cello-playing ghost of Juliet Stevenson's husband, who comes back from the other side to console his grieving wife. In Ang Lee's Sense and Sensibility, the 1995 movie that launched a wave of Jane Austen mania, Rickman starred as the kindly middle-aged bachelor Colonel Brandon, mending the broken heart of Kate Winslet's Marianne Dashwood with gentle poetry reading.

When not playing sneering villains or yearning lovers, Rickman could be scintillatingly funny in roles requiring a pompous ham. One film for the ages is 1999's Galaxy Quest, in which he plays insufferably puffed-up former Shakespearean actor Alexander Dane, now one of the washed-up stars of a cancelled Star Trek-like space series, who finds himself taxed with saving the Earth from real aliens. In the Catholic satire Dogma, from 1999, writer-director Kevin Smith paid tribute to Rickman's voice by choosing him as the angel Melchior, a.k.a. the Voice of God.

The casting of Rickman as the vox dei was astute. According to the Guardian, a 2008 study by a linguistics professor from the University of Sheffield found, in a survey of appealing voices for tone, frequency, intonation and speed, that Rickman's came out in first place. There was an underlying sensitivity beneath the sinister-seductive purr.

The actor's combination of outer prickliness and inner pain had its greatest impact, though, on a generation of children, many now adults, who grew up watching the eight Harry Potter movies, from 2001 to 2011. For that decade, Rickman, in a black wig and matching gown, was Severus Snape, the Byronic professor whose sarcastic arrogance hid a core of noble sadness.

In the hours following the news of Rickman's death, many Potter fans went on social media expressing their grief and thanks to Rickman with the simple word: "Always." The reference is to an exchange in the last film of the series, Harry Potter and the Deathly Hallows, in which Snape reveals his secret, lifelong love of Harry's mother, Lily. "After all this time?" asks Dumbledore. "Always," Snape replies.

The actor has been silenced, but in the hearts of a generation of Harry Potter fans, Alan Rickman's beautiful voice will always resonate. 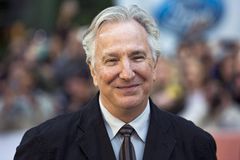 Opinion
Thank you David Bowie, champion of the strange
May 16, 2018 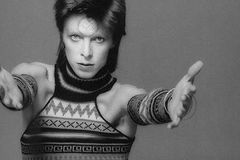