At this year’s International Film Festival Rotterdam, seven is Canada’s lucky number. Seven years in the making with seven filmmakers, The Seven Last Words brings together some of Quebec’s most talented directors for an ambitious omnibus project.

Premiering last week at IFFR with live musical accompaniment by the British-based Callino Quartet, the film was inspired by and is set to Joseph Haydn’s seminal piece Seven Last Words of Christ on the Cross, itself inspired by the seven phrases spoken by Jesus as he died. The brainchild of filmmaker-musician Kaveh Nabatian and cellist Sarah McMahon – whose quartet released an acclaimed recording of the piece in 2017 – the two met during Callino Quartet’s residency at the Banff Centre and dreamed of creating something together with Haydn’s music. With producer Catherine Chagnon on board soon thereafter, the idea was born to commission a group of directors with diverse backgrounds and approaches to filmmaking to interpret a movement and its theme.

“While the history of the seven phrases Jesus uttered are resolutely Christian, the themes of abandonment, distress, forgiveness, etc. are absolutely universal," Nabatian says. “I knew right away that the piece would be more powerful if it were interpreted by people from different backgrounds, cinematic approaches, religions and cultures than if I did it alone.”

The restrictions were clear from the beginning: Each film had to be set to the precise length of the music and use it as its soundtrack; otherwise they had complete freedom. Nabatian and Chagnon could not know what to expect. Their control of the project was limited to their choice of filmmakers, and they focused on emerging directors from Quebec: Ariane Lorrain, Sophie Goyette, Juan Andrés Arango, Sophie Deraspe, Karl Lemieux and Caroline Monnet, with Nabatian himself bringing the list to seven.

“We wanted to ask driven filmmakers with distinct visions who had connections to music in their practice already,” Chagnon says.

Iranian-Canadian documentarian Lorrain went to the south of Iran to film a mourning ceremony during the holy month of Muharram. Lemieux, known for his experimental film collaborations with Montreal band Godspeed You! Black Emperor, worked with performers in a gallery space, shooting on and hand-processing 16-mm film. Monnet’s film is centred on the phrase “Father, into your hands I commit my spirit” and the theme of “reunion,” drawing on mythology from her Algonquin heritage.

“Coming from an Indigenous background, I was intrigued by exploring the tension between our traditional beliefs and the religion that was imposed on my people,” said Monnet, who found the experience creatively invigorating. "It’s great to be commissioned as a filmmaker. It allows you to be more free and experiment with things you wouldn’t have the guts to do yourself.”

Goyette, who won the Bright Future Award for first feature at IFFR in 2017 for Still Night, Still Light, was the last filmmaker to join the project and in a unique position – having a sense of how her film would fit in with the others. She took things in an unexpected direction, choosing to make music part of the subject and casting McMahon herself, whom we see play the piece within the film.

“I wanted the viewer to feel they could enter the inner world of the musician, for the music to interact directly with the film and to share an emotional connection,” Goyette said.

That effect is intensified when the musicians are right on the stage in front of you, playing in perfect synchronicity. In Rotterdam, the film screened twice, with and without the Callino Quartet performing live. It works both ways, but the concert experience is something special and prompted a standing ovation from the festival audience.

As for bringing the production elsewhere, arranging screenings around the quartet’s schedule is a challenge, but the plan is to make it happen whenever and wherever possible in the coming months.

“The film is like another member of the quartet,” said viola player Rebecca Jones. "It’s a real privilege to help express how the directors reacted to the music.”

While it is typical for an omnibus project to be organized around a particular theme, the approach of The Seven Last Words is unique, responding to and bound by one piece of music and suggesting an infinite range of interpretations, a testament to its power and universality. It’s a reversal of sorts, scoring music with images rather than images with music, and it makes one wonder why that’s such an uncommon order of things.

For McMahon, the long-gestating project was well worth the wait. “Emotionally, I feel much more deeply involved in the music. We were interested in what the piece and these words would yield to a filmmaker," she said. "It’s made the whole experience much richer.” 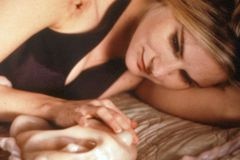 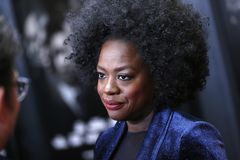 Meet the Canadian animators taking over the Oscars, and the film industry
Subscriber content
February 25, 2019 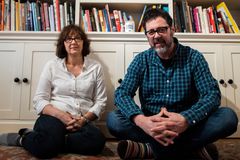