Jason Reitman would like to let you know he isn’t hiding. Despite it being four years since he last released a film – the critically savaged, beware-the-internet drama Men, Women & Children – the Canadian director has been keeping himself extremely busy. Not only producing and directing the Hulu series Casual, but also prepping something of an unprecedented big-screen resurgence.

This year, Reitman, 40, will release two feature films: the new dark comedy Tully, starring Charlize Theron as a put-upon mother of three; and this fall’s political drama The Front Runner, with Hugh Jackman playing U.S. politician Gary Hart, once a candidate to become the Democratic Party’s presidential nominee. Either one boasts enough industry buzz to erase not only memories of Men, Women & Children, but also Reitman’s film before that, 2013’s derided Labor Day. Yet Reitman, son of 1980s comedy icon Ivan, prefers not to call this a comeback. Ahead of Tully’s release this weekend, Reitman spoke with The Globe and Mail about critical failure, and the space in between projects.

I’m curious: Do you still keep a pie chart tallying all of the same questions journalists ask you while you’re promoting a movie?

[Laughs] No, not any more. I’m not sure if journalists found the humour in that, or were simply insulted. But I guess I felt that if I was getting a lot of the same questions, maybe the movie is working in the right way.

You’ve also had a break from the promotional circuit. What’s that time away been like for you?

That’s a funny thing, because I’m continually working, so I don’t notice the break as you might if you were to look at my IMDb profile. But I’ve been constantly writing, I had a show for the last four years, and I’ve just made back-to-back movies. So on the question of taking a break, I’m not sure what that’s like. I wish I had a better answer for you.

You received some pretty harsh criticisms for Men, Women & Children and Labor Day. Did you use the time away from features for any reflection?

I mean, it’s not fun. At the end of the day, anybody who wants to tell stories wants to tell stories for the entertainment and enjoyment of other people. And when those stories don’t connect, there’s something heartbreaking about that. That said, it was all a continuing education that I went through.

What lessons did you learn from the experience?

Well, you can either look at the insights and criticism offered, to take them for further consideration, or leave them. No storyteller is necessarily bound by what other people write or say.

Right, and we’re always growing as storytellers. Labor Day and Men, Women & Children represent stages of growth for me.

Do you feel pressure for your two new projects to succeed?

Not really, and I think that’s because I measure my success differently. I’m not making Marvel movies that cost hundreds of millions of dollars, and are measured by their ability to make a billion dollars worldwide. I measure my success by my ability to make the movie that was in my head, and then see the way it moved people. Labor Day and Men, Women & Children didn’t make a lot of money, but I did think they found audiences. I’m already thrilled with the way Tully is connecting with people, and how close it is to the film I sought out to make.

For Tully, screenwriter Diablo Cody came to you with this idea before she started writing the script, yes?

She gave me a ring and told me it in two sentences. I was in.

Do you have a shorthand with her, having worked together on Juno and Young Adult?

The shorthand is the script, oddly enough. We’re around the same age, and we’re on a similar life trajectory, so it feels like when she’s writing, she’s writing her own experience and mine. I can read the script and the movie is already in my head.

In terms of those experiences, for Tully that means the struggles of being a parent, of navigating a marriage while parenting?

The idea of tackling motherhood here is interesting, given your sister Catherine’s work with the CBC.

It’s funny, because we started these projects almost simultaneously, and Catherine just crushed it with Workin’ Moms. Our focus on our abilities to be parents is just so tethered to our own sense of self, and sense of self-confidence.

Do you view Tully as the completion of a trilogy with Cody?

I think the movies are connected, and there’s an instinct to group movies in three, but hopefully we will continue to do this every five years or so. And that we’re able to convince Charlize to keep returning.

I imagine it’s helpful to have her on board in terms of getting these lower-budget movies made.

It certainly is, but that said, it’s not easy to make these movies. You don’t have to do a lot of calculating to realize that Juno, Young Adult, and Tully are made by three different studios, and we had big help here from [Vancouver production company] Bron, who really stepped up.

Do you think something like Juno would be a Netflix film if you tried to make it today?

My theory is that these movies were meant to be enjoyed by audiences, together. I want people to have that experience. Something just happens when you laugh or cry in a room full of strangers – or when you’re watching a movie with a reveal and you all realize it simultaneously.

So speaking of a reveal, there is a third-act turn in Tully …

I always thought of Tully as being something like … you can look at it a certain way, but if you shift your head a couple of inches to the left, it reveals itself as something else. The image changes. The most important thing to me is that a movie is all about the ending – what is the last thing a director tells you? As a director here, there’s a thrill building to that.

Professionally, how does it feel juggling two features this year?

I don’t feel like I’m juggling, because my job has nothing to do with the release of the movie. It’s all about the creation of the film. I suppose I’ve learned that through the years. Young Adult is a film that, when it came out, people didn’t really get it. It took two to three years for people to understand what’s special about that movie. And when people come up to me now, it’s what they talk about first. Labor Day and Men, Women & Children maybe didn’t connect with audiences, but that didn’t take away from my experience making them. When I was younger, I was really steered toward the finality of the process, and how they would be received in theatres. As I’ve grown up, I’ve come to fall more in love with the actual making of the film. 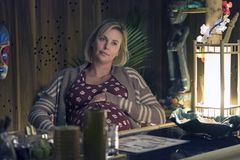 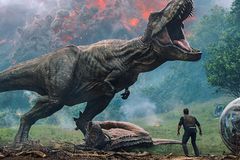 Director Stephen Low on his new doc The Trolley, the beauty of streetcars and shooting on IMAX
April 30, 2018 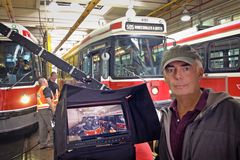