“May you live in interesting times” is not a maxim that the movie industry, or any industry, would like to adopt. But now is not the time for business as usual. Some in Hollywood have it easier than others, though. Namely, anyone promoting their latest Netflix production – there is no better time for viewers to bunker down and dive into the streaming giant’s wares.

With that in mind, The Globe and Mail’s Barry Hertz caught up with “a very well-rested” Taraji P. Henson, the Oscar-nominated actress best known for her starring role in Fox’s long-running hip-hop drama Empire, to talk about her latest project: Coffee & Kareem, an action-comedy that will premiere on the streamer this Friday.

What is it like being on a promotional circuit that’s not really a circuit at all? Normally, you’d be calling me from a plush hotel suite. Or we’d have a quick meeting in the lobby of the Four Seasons or some such.

Well, Netflix scrounged up something, though. I have a full-on schedule and press day tomorrow. I mean, it will all be handled through Zoom, but we’re promoting the film as much as we can, without interrupting the social distancing. I’m at home right now, I’m not going to a hotel. I’m not going anywhere! I follow the rules. You want me to stay in the house? Don’t ask me twice! I’ll do that.

What’s interesting about this film is that, well, it’s ready-made for at-home viewing. And we might be talking about Netflix films for a long while now.

Yeah, it seems that way, doesn’t it? I was wondering what they’re doing with all the theatrical releases that were scheduled, and I saw that The Lovebirds, which was supposed to open soon, was bought by Netflix. We aren’t allowed to go to the theatres, and when we do get back to some sort of normalcy, are people even going to trust going out again? It’s going to be a minute. This has changed the business forever, unfortunately. But the industry is constantly changing, too. Streaming changed the game. And certain movies weren’t doing well in theatres any way, either. If it’s not a big Marvel film or action-packed summer blockbuster. So if Netflix is the place to be ...

Or television, which you’ve found success with ...

Oh yeah, TV is not going to go anywhere. I think.

The thing about Coffee & Kareem is that it can act as a distraction, sure, but there’s also a subversion going on in it, too. Director Michael Dowse seems to be having fun with the expectations of the genre ...

It is different, isn’t it? It was almost like an action-packed Karate Kid, but with the mom getting to be a part of it. It’s a buddy comedy plus the mom – the kid actually needs the mom. It’s a cute twist. I know I’m a leading actress or whatever, but I do like supporting. That’s where the fun is. I don’t have to be No. 1 on the call sheet the entire time. I’ll never get too big when I play a supporting role. You realize, I’ve done a lot of different roles. I’m a character actress, so I’m not looking for duplicating characters. Whenever I pick something up, I’m looking for something that challenges my instrument, makes me scared as hell. If I’ve done it before, than it doesn’t scare me.

So what terrified you about this role?

Nothing really terrified me, because I didn’t have to carry it. But it was a different role – a different mother. I’ve played a lot of mothers, but this one got busy. She got the action! It was kind of like my Incredibles.

After the success of Empire, have you found that the roles are coming to you more readily?

Yeah, but the thing is, I don’t have the time. The roles are coming my way, but if I’m on the show for 18 to 20 episodes a season, it’s just like, are you willing to wait for my hiatus? That’s why this film was perfect, because the timing was perfect. They said the date, comedy, Ed Helms and I said yes before I even read the script. And then I read the script and thought, “Thank god it was good.”

Coffee & Kareem is available to stream on Netflix starting April 3 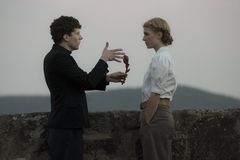 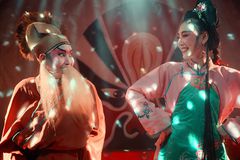 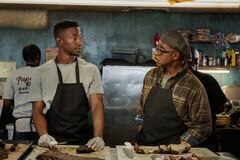