Bruce Greenwood's list of acting credits is so long, it's hard to nail down the role with which he's instantly identified. Maybe it's Captain Pike in J.J. Abrams' Star Trek films. Or JFK in Thirteen Days. Or the awful husband in Double Jeopardy. More recent roles include Joan's travel-hungry suitor in the final season of Mad Men; and former CBS News head Andrew Heyward in Truth, which premiered at the Toronto International Film Festival in September.

For his latest Canadian role, the Quebec-born actor dons a beard and a British accent to play a dishevelled, dedicated theatre director who is forced to cast a Hollywood screen idol (Dean Geyer) in a production of Chekhov's The Seagull. Rehearsal, directed by Carl Bessai, has its world premiere Friday at the Whistler Film Festival, where Greenwood will receive the festival's Career Achievement Award. The Globe and Mail spoke with the 59-year-old from his home in Los Angeles.

Your character in Rehearsal is a legendary actor who chose live theatre over a film career. Was there a point in your career when you were staring down that choice yourself?

Not really. I did [about] 10 years on stage and when I moved to L.A., I just started working in film and I've gone back and done stage stuff since then. But I've been lucky enough to find enough interesting stuff to do in movies. It hasn't all been interesting or worthy by any stretch but there has been enough stuff that it's remained challenging for me.

When you say 'worthy' I think immediately of your work with Atom Egoyan. What stands out for you as a worthy project?

Certainly, Atom's early stuff we did like Sweet Hereafter and Exotica. And Thirteen Days; I think there was certainly value in that. I think Good Kill, which came out last year, was a meaningful movie. Flight also. I just did a movie called Wildlike that's about a young girl running from a predatory relative and that was real stuff also.

Watching Rehearsal, I'm thinking the comparisons to Birdman are inevitable.

Yeah, we talked about that but we can't pretend for a minute that it's inspired by [Birdman] or tries to evoke any of that complicated imagery and even more complicated emotional voyages. It's a much, much simpler story than that and we shot it on an absolute shoestring. None of us got paid.

Thinking about the other stuff you've done, way on the other budgetary side – the Star Trek films, I, Robot – how different is it for you? And is it important for you to do both – the big-budget films and the indie films, potentially volunteering your time?

It is important. First of all it's very difficult to earn a living doing just the independent stuff. And some of the bigger stuff has tremendous themes. Both Star Trek films have themes that resonate independent of the grand spectacle of it all. Sometimes you get less time to do the acting because they spend an inordinate amount of time making everything look big and spectacular. They're doing a great big sequence where the plane crashes or the town burns down. So there's a lot of waiting around.

What do you do when you're waiting around?

I read, play guitar. Sometimes play chess. Always have a chessboard with me.

Mad Men was notoriously secretive in terms of where it was going. You must have been bursting with that secret. How did you land the role and then how did you keep it quiet?

I talked to [creator] Matt Weiner and while we were shooting it, he wouldn't tell me what was happening in the next episode. It was hard to keep mum about it because I was occupied working and people would say: 'What are you working on?' 'Oh, just a little independent thing; I'm helping some students out.' I was lying through my teeth now that I remember.

I ran into Elisabeth Moss [who played Peggy on Mad Men] when we were doing Truth with Cate Blanchett down in Australia about this time last year and we both went, 'Oh, God, how are you doing?' And we suddenly went, 'Oh, we don't know each other; how do we know each other?' And we quickly stepped away from the party and said, 'Okay, what's the story? How do we know each other?' Because they sit you down when you first get there, and every episode Matthew does this speech where he says: 'You know I don't want to put a damper on it, but we will prosecute you to the fullest extent of the law should you be found to have revealed anything.' Even the fact that you're participating.

There's a funny news conference scene that opens Rehearsal. Is there any spectacularly stupid question you've been asked over the years?

I've been asked countless ridiculous questions. I feel maybe less so now, but for most of my career I felt that when somebody asks you an absurd question you try and spin it in some way that you can give them something of interest and not acknowledge that the question is inane. But I'm less likely not to skewer somebody who asks a stupid question now, because I care less about how I'm perceived probably.

I note that the first word you speak in Rehearsal is 'Sorry.' Is there anything you're sorry about, looking back on your career?

Not that I want to share, no. All those lessons are too salty to rub myself in again. I learned the lessons and burned the bridges and whatnot and you just try to move ahead with a little bit of that lesson intact, you know?

Actor Karl Glusman on baring it all in Gaspar Noe’s Love
November 13, 2015 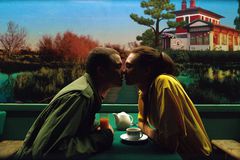 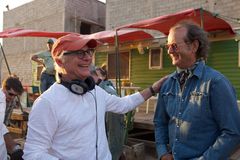 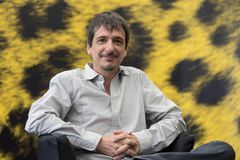