There's a scene in Café Society, Woody Allen's umpteenth film, in which a nightclub entertainer sings the Louis Armstrong classic Jeepers Creepers. Her performance, squeaky yet sexy, girlish yet knowing, is utterly faithful to the deceptive shimmer of the era – and that's about the only time you'll hear the voice of the 1930s emerging from the mouths of Allen's characters.

This tribute to Golden Age Hollywood is filled with people who sound wholly contemporary, while its romantic plot will take many viewers only as far back as 1992, the year they discovered that the ever-autobiographical Allen was having a clandestine affair with his girlfriend's much younger adoptive daughter.

If Allen used a fantastical and self-conscious past to make telling points about fiction, nostalgia and celebrity in Zelig, The Purple Rose of Cairo and, more recently, Midnight in Paris, here he is merely dropping historical names. Ginger Rogers, Gary Cooper, Rudolph Valentino and Joan Crawford are all mentioned, but Café Society is mainly a small and unnervingly familiar private drama that is never funny enough nor smart enough to justify its anachronistic style. Gorgeously shot by cinematographer Vittorio Storaro, who takes much delight in exposing the blinding sunlight and dusky interiors of old Hollywood, the film is lightly entertaining but largely pointless.

Café Society revolves around the questing young Bobby, another Allen alter ego, this time played by Jesse Eisenberg. He's a naive young Jew from the Bronx who goes to Hollywood seeking work from his uncle, a high-flying showbiz agent played by Steve Carell in the film's most amusing performance. Bobby rapidly falls for his uncle's secretary Vonnie (Kristen Stewart), but she's busy having an affair with an older man who is debating leaving his wife.

And it is there, of course, that we may be tempted to see parallels with Allen's relationship with Soon-Yi Previn, who he married in 1997 after breaking up with her mother, actress Mia Farrow. One thing that is wildly anachronistic about Café Society – at least to judge from all but the most genteelly romantic of the 1930s Hollywood movies – is the way the men painstakingly treat the women as fellows and equals. There is nothing patronizing nor creepy about the May-December relationship in this film and the scenes in which the married man agonizes over the choice between his wife and his lover are scrupulously respectful of the women.

The men in Café Society are not the clean-cut gents nor the swaggering playboys of the 1930s; they are a type that was called, back in Allen's heyday, the sensitive man of the eighties. But a sensitive director of the new millennium must not only respect women; he has to consider their point of view: While Vonnie is forced to choose between the younger man and the older one, this is not her story, it is Bobby's, and she remains a beautiful cipher.

This void at the centre of the film is greatly exacerbated by Stewart's painful performance as Vonnie. She's an actress with a limited range whose hooded eyes and seductive voice can serve her well in fast-paced contemporary settings – last year, she and Eisenberg were amusingly paired as slackers turned secret agents in American Ultra – but she is now being cast in historic or archetypal roles for which she has no feel. She looks lovely in the floral dresses and crop tops of the period, but she has no ability to produce either the sass or the hauteur of the golden-age actresses. She is repeatedly reduced to mere gesturing and, in one embarrassing scene where she is working as a coat-check girl, the frantic movements of her white-gloved hands begin to make her look ridiculously like a mime. Diane Keaton would have chewed over Vonnie's dilemma; Farrow would have fluttered through it, but under Allen's direction Stewart shows neither depth nor charm.

Playing the familiar Allen-like figure of the nebbish New Yorker emphatically pursuing the all-American girl, Eisenberg is better but also seems uncomfortable in the 1930s setting. He's sweet enough – although not particularly funny – as the smitten young Bobbie seducing Vonnie with his guileless reach for the life he thinks he wants; later, he is much less convincing as the sleek nightclub manager supposedly seducing the patrons in his brother's hot New York establishment. By this stage the character's naïveté strains credulity – his brother is actually a murderous gangster whose modus operandi is amusingly depicted through multiple appearances by a cement truck – and Eisenberg has difficulty expanding his range to include suave.

In the end, Allen poignantly considers how we choose partners and how we choose lives and how we may not choose the right ones, but those universal themes are surrounded by so much unconvincing period fluff, they prove insufficient reward for having stuck by the veteran director yet again. 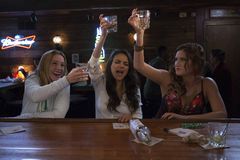 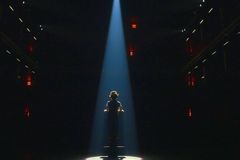 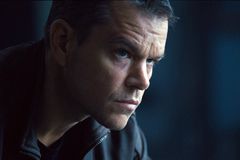