Much of the documentary Cartel Land, an immersion into the Mexican drug traffickers and citizen vigilantes, is hair-raisingly intense. Director Matthew Heineman's access to a variety of players in this fight is extraordinary and the hand-held camera work and editing would put most dramatic thrillers to shame. At Sundance last January, Cartel Land, which was produced by Zero Dark Thirty's Kathryn Bigelow, won the Best Director Award and Special Jury Award for Cinematography, much of which Heineman did himself.

Ultimately though, this sporadically brilliant filmmaking is limited by a design flaw: the director's decision to follow vigilantes on different fronts of the drug war. One of these storylines should have been dropped: There's the portrait of an Arizona man named Tim (Nailer) Foley, the head of a border patrol in Arizona, who seems motivated by a mixture of xenophobia and a self-aggrandizing mission to keep Americans safe from Mexican drug-dealers and other "illegals." Foley has a lot of swagger and camera presence, but he's basically an armed kook.

Far more compelling here is the Mexican story, a tale of idealism corrupted in the account of the rise and fall of the Mexican vigilante army known as the Autodefensas, in the ganster-plagued state of Michoacan. It's a story that stars the vigilante army's charismatic leader – a handsome, grey-haired, moustachio'd surgeon and grandfather – by the name of Dr. Jose Manuel Mireles. Mireles, who had himself been kidnapped and members of his family murdered, became a folk hero for appearing unmasked, condemning the cartels and ordering the farmers to take up arms against ruthless gangsters.

As we learn, trafficking meth and cocaine to the United States is a small part of the cartel's crimes, which include subjugating the population into a semi-slave state through extortion, kidnapping, torture and mutilation. The first thirty minutes of the film are enthralling: A series of courageous raids as the Autodefensas chase cartel gangs out of one town after another. With the camera crew close behind the battle, we are placed in the middle of firefights and cold-sweat confrontations between the vigilantes and the Mexican army.

After a series of spectacular successes by the citizen's army, Dr. Mireles is critically injured in a plane crash, possibly an assassination attempt. While he is incapacitated, he is held in a secret hospital. The leadership of the Autodefensas goes to his bodyguard – Estanislao Beltran, known as Papa Smurf – who lacks the leadership skills and moral authority of Dr. Mireles. At an information rally, Autodefensas leaders are challenged by the people, who want no part of these self-appointed guardians.

The vigilantes faltered, but they're soon rescued by the Mexican government, who invites the army of vigilantes to sign up as a "rural police" force, changing their T-shirts but keeping their weapons. En route to legitimacy, the militia are infiltrated by former cartel members, who use the power of their guns to extort and steal and deal drugs again. It's a shockingly fast turnaround. The heroic doctor recovers and reveals his former colleagues as gangsters, but he seems to have lost his own bearings. In one scene, shot inside a car, we see him putting the moves on a teenage beauty queen, apparently so smitten that he's oblivious to the camera.

Sticking closely to the model of a narrative thriller, and hampered by his awkward decision to keep flipping back between the Mexican and American stories, Heineman settles for a dark poetic fatalism, bookending his film with an eerie night scene, soliciting the views of meth cookers at night: The drugs and the murder and the poverty we will always have with us. Although the story of Dr. Mireles and his brief run of glory suggest the opposite, what's happening in Mexico is hellish, but not inevitable. 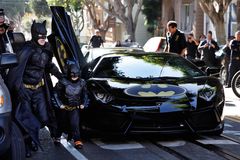 Film Review
That Sugar Film: Doc looks at effects fructose has on the average person
July 10, 2015 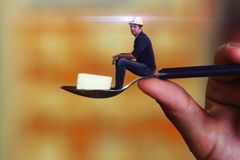 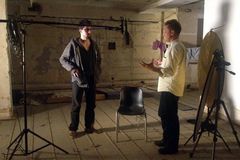