In 2011 and 2012, country-crossover star Glen Campbell opened his concerts with Gentle on My Mind, a breezy, soothing summer song written by John Hartford and recorded by Campbell and others a very long time ago. Then he would greet his audience with something like, "Good evening ladies and gentlemen, I'm Glen Campbell," which is something he had said thousands of times before, except that now he was no longer quite so sure of himself.

Directed by James Keach (younger brother of actor Stacey Keach, Jr.), Glen Campbell: I'll Be Me is an affecting documentary of the musician's final tour – a string of shows that celebrated his career but also showed him in a steep cognitive decline caused by Alzheimer's disease. Early in the film we see him consulting with a Mayo Clinic white coat. When asked if he knows which season it is, Campbell, in his mid-70s and physically fit, says he doesn't worry about that. What year is it? "I don't pay attention." First president? He has no idea.

He's certain about just one thing: "I can play the guitar."

He always could. Before he dazzled fans with his golden-boy looks, country good manners and a pure, lonesome and twanging tenor that graced radio hits Wichita Lineman and Galveston in the late 1960s, Campbell was a hired-gun guitarist on tracks by such titans as Elvis Presley, Frank Sinatra and the Beach Boys in Los Angeles.

At the beginning of his final tour, his chops are intact. He has troubles with words, chords and tempos, but notes are locked in his mind and his fingers are able. At one concert he struggles with lyrics, but gains confidence when the teleprompter instructs him to "Play guitar solo." That he can do.

What he has trouble doing is remembering the names of his band members, particularly heartbreaking because it includes his children. One of them, daughter Ashley, duels him with her banjo. Her mother is Kim, Campbell's fourth wife – a major presence in a gentle but candid film that depends on her voice, given Glen's own rambling thoughts. She is shown to be strong and upbeat (if occasionally frustrated) in the face of her husband's increasingly erratic behaviour.

Other voices include those of Jimmy Webb, Brad Paisley, Vince Gill, U2's The Edge, Bill Clinton and Steve Martin (who warmly reminisces about his days as a writer on the singer's television variety show, The Glen Campbell Goodtime Hour). Bruce Springsteen, who recalls his own father's battles with Alzheimer's, describes Campbell's music as simple on the surface, but with a "world of emotion underneath."

By the tour's final stop in Napa, Calif., it is a world of confusion for Campbell. He is "unrehearsable," and prone to fits of anger. He can no longer manage on guitar.

His final recording studio session is captured, with members of the legendary L.A. sidemen the Wrecking Crew – of which Campbell was once a member – contributing to a poignant new song, I'm Not Gonna Miss You.

This is his, and the film's, graceful denouement. Life is the collection of memories, and Campbell is losing them. But there is solace in the reality that you will not miss what you cannot recall.

Film Review
Cast No Shadow: Exploring child abuse and the retreat into fantasy
May 14, 2018 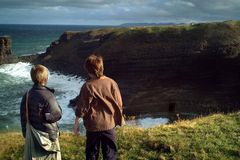 Film Review
While We’re Young: A pinch of wit and a healthy dose of bromance
May 14, 2018 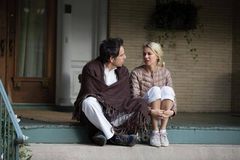 Film Review
Furious 7: More carsploitation for our posthuman present
May 14, 2018 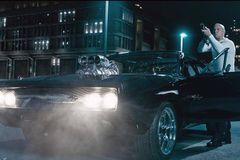