For anyone familiar with The Globe and Mail's film coverage over the past year, the name Matt Johnson will ring a bell, if not an outright alarm. Thanks to the 31-year-old director's knack for offering unfiltered opinions about the state of the industry – its flaws, its false prophets and those who "just need to die of old age for the system to change" – Johnson has become catnip for journalists looking to peer inside the black box that is Canadian filmmaking, myself included.

But Johnson is more than an easy interview subject – he's a legitimately brilliant filmmaker, the kind of bold, invigorating talent this country should be nurturing with all the federally mandated power it can muster. From his cult Web series nirvanna the band the show (an extremely low-budget concoction of pop-culture riffs and Toronto in-jokes) to his 2013 feature debut The Dirties (a slightly higher-budget school-shooting mockumentary), Johnson has proven himself to be the wild card of Canadian cinema, an incorrigible provocateur who simply does not have the time or patience to care about tradition, or how things should be done. He'll do it his own damn way, thanks very much.

Now, Johnson is set to reach new heights with his second feature, Operation Avalanche. Like its creator, the film is unlike anything the Canadian system has ever produced (and indeed, it wasn't really produced here – though mostly shot in Toronto, it was funded by Lionsgate, a U.S. studio). Part mockumentary, party black comedy, part action-adventure and part cinematic dare, the movie is a bizarre, engrossing creation that will leave audiences either delighted or baffled, though never bored.

On the surface, the film is conceived as a faux documentary about three sixties-era CIA agents (Johnson, his Dirties co-star Owen Williams and a mostly unseen spy-cum-cameraman), who chronicle their plot to infiltrate NASA to flush out a Soviet mole. But then things take a delightfully surreal turn as the trio become entangled in a plot to fake the Apollo 11 moon landing, which twists the film into a sort of mockumentary about a mockumentary. Add in a liberal dose of historical revisionism, enough conspiracy theories to choke Alex Jones to death and the best single-take car chase since Children of Men, and you have one of the most exciting films of the year, no matter its provenance. (And we haven't even begun to touch on how Johnson and his Avalanche crew actually snuck into NASA's Johnson Space Center in Houston by pretending to be student documentarians.)

Still, it's easy to predict not everyone will be so eager to embrace Johnson's deliriousness. His third act is stretched, his supporting characters thinly sketched and his lead performance too often drowned in histrionics (though for Johnson acolytes, that is part of the appeal). But for those looking for a brash new entry in the cinematic landscape, Operation Avalanche is an almost otherworldly gift. The best part of all: No one had to die. I think. 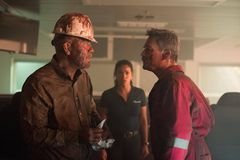 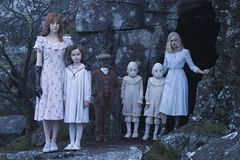