There will be blood. And it will be fake. Not everything is as it appears to be in this curious Canadian-made meta-horror feature, but that doesn't mean the film isn't without a real question at its heart.

In Fake Blood, a pair of schlock-gore specialists become intrigued with the repercussions of their craft: Are the celluloid portrayals of brutal deaths accurate? Do violent films inspire violence? Did The Texas Chain Saw Massacre drive up business in the local hardware stores? The pair decide to make a serious documentary on the subject, which involves them hooking up with a heavily felonious dude for research. Not to give away the plot, but things get a little too real for comfort.

The film's structure is novel. A fact/fiction ambiguity works well, and genres are blended together like so much red dye and corn syrup. Still, for all its tense entertainment, Fake Blood's production values and acting levels aren't high – getting what you pay for being just another ice-pick-to-the-eye reality faced by indie filmmakers. 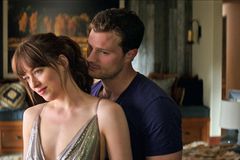 Film Review
Review: Entanglement is a charming enough story that suffers from an unsureness in tone
February 8, 2018 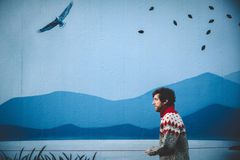 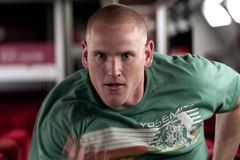