Midway through Three Billboards Outside Ebbing, Missouri, a fawn appears, Bambi-like, in a clearing. The grieving Mildred Hayes, the film's protagonist, almost shakes her head in disbelief: Could this delicate but persistent creature be the spirit of her murdered teenage daughter? No, of course not. "You're pretty, but you ain't her," she tells the little deer, squelching the symbolic apparition just as it materializes.

Three Billboards is a movie full of such reversals; venturing into the American heartland, the British writer and director Martin McDonagh has created a comic tragedy that ducks and feints, defying expectations with many admirable and some less convincing results.

Infuriated that local authorities can't find her daughter's rapist and killer, Mildred (Frances McDormand) erects the three billboards of the title. In black letters on a blood-red ground two storeys high, they call out Ebbing police chief Willoughby (Woody Harrelson) and demand to know why, after seven months, there have been no arrests.

This unmediated accusation sets the small community and its police force against Mildred, but Ebbing's hilariously inept coppers are no match for a mother's righteous anger. The decent Willoughby (another finely crafted portrait of sympathetic masculinity from Harrelson) tries to pacify her and rein in the most vicious of his officers, the explosively racist Dixon, played by Sam Rockwell in full psychopath mode.

McDonagh, however, dispenses with Willoughby halfway through the film – that's perhaps the boldest reversal in his script and its execution is a doozy – but then, rather limply, relies on letters from the police chief to mould the action.

That action becomes increasingly violent: It is not merely because the protagonist is played by the powerful McDormand, best remembered as the pregnant Marge in Fargo, that the film recalls the heights of the Coen brothers' black comedies. McDonagh, previously recognized for the comic crime drama In Bruges, reaches for that same kind of black and bloody mix where the audience has no choice but to laugh at the savagery. In the finest moment of a delightfully over-the-top performance, Rockwell's Dixon pushes a law-abiding citizen out a window and off a roof.

Often such scenes make the film viciously funny and pointedly poignant; Three Billboards satirizes police brutality and prejudice to great effect while gradually exposing the danger in Mildred's well-earned but corrosive rage. Occasionally, however, the emotional plausibility in all this mayhem goes missing, as Mildred's violent ex-husband (John Hawkes) attacks her again – in broad daylight with his nice new girlfriend nearby – or as Mildred herself takes her campaign against the police one step too far. And finally, McDonagh's attempts to craft some kind of redemptive U-turn for Dixon fall flat.

If the film fails to solve Dixon's emotional puzzle, another one that remains troubling is Mildred's relationship with her teenage son, Robbie (Lucas Hedges), the only remnant of her family and link to her motherhood, yet apparently an afterthought in her crazed planning. McDormand can't quite seem to fit Hedges' character into her otherwise viscerally moving performance. Perhaps the trouble is that the confident young Hedges (Manchester by the Sea) is playing too bourgeois a figure for the gritty setting of a film in which McDonagh has not entirely resolved American issues of class and race.

On shifting ground, it is McDormand's fine performance that holds steady here, her wit and her fury eliciting more admiration than pity for the unrelenting Mildred. McDonagh does not always conquer this heartland, but McDormand already owns it. 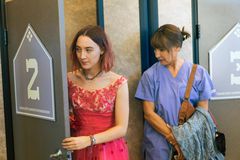 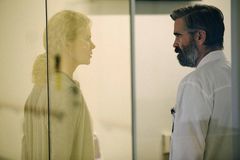 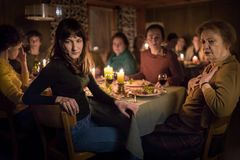